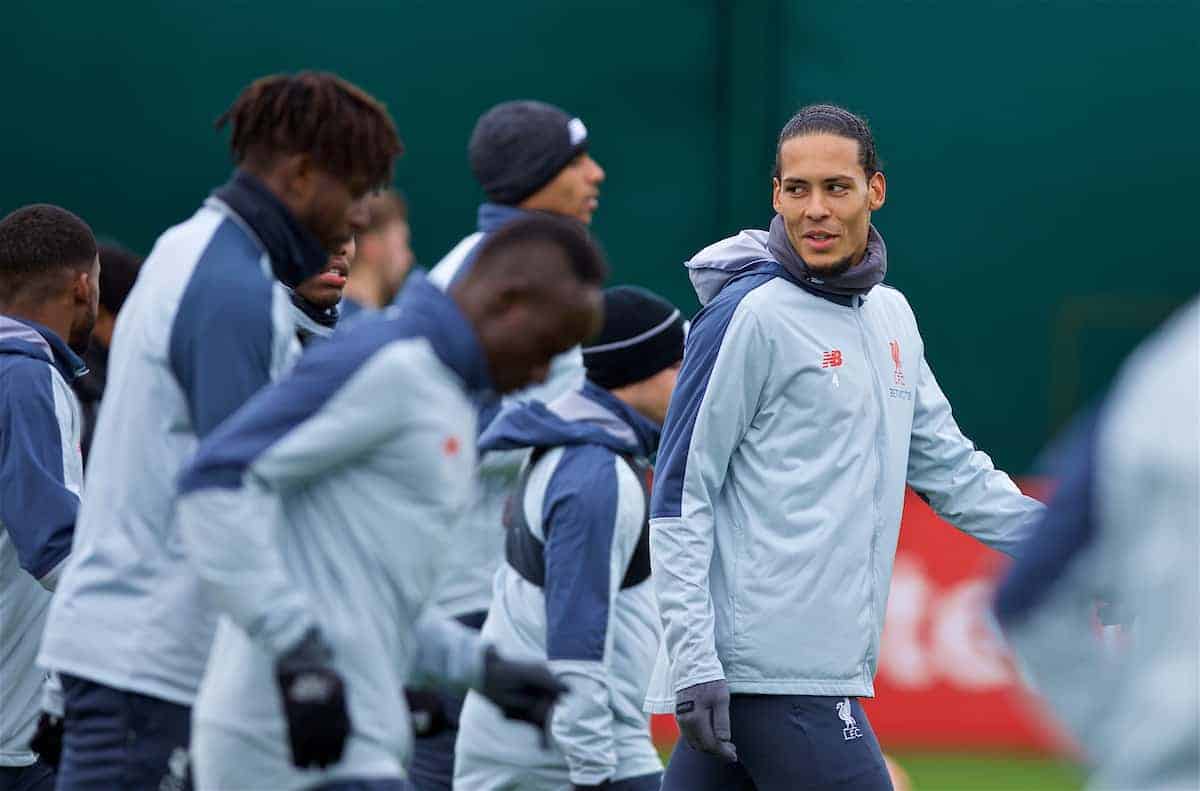 Virgil van Dijk and Xherdan Shaqiri were both involved in training on Tuesday, as Jurgen Klopp oversaw preparations for this week’s trip to Southampton.

The Reds head to St Mary’s on Friday night likely needing to catch up with Man City again, with Pep Guardiola’s side playing Cardiff two days before.

A dramatic victory over Tottenham at the weekend came as a major lift in the pursuit of the Premier League title, but appeared to come at a cost as Van Dijk left Anfield with an ankle problem.

Both the Dutchman and centre-back Joel Matip expressed their confidence he would be fit to face his former club, but there remained doubts without any update from the club.

However, Van Dijk took part in Klopp’s latest session ahead of the journey to the south coast.

Any concerns are allayed by the 27-year-old even doing a stint between the sticks, with no protection on his ankle, along with ball work with the rest of the squad.

Furthermore, Klopp was able to welcome back Shaqiri after the winger’s groin injury, having dropped out of the Switzerland squad for last month’s international break and spending the last six games on the bench.

Shaqiri has struggled for game time of late regardless of his fitness, but his availability remains a positive for Liverpool as they face at least six fixtures this month.

Meanwhile, Alex Oxlade-Chamberlain stepped up his recovery from a hamstring issue.

Klopp should provide an update on the rest of his squad in his pre-Southampton press conference at 2pm on Wednesday.