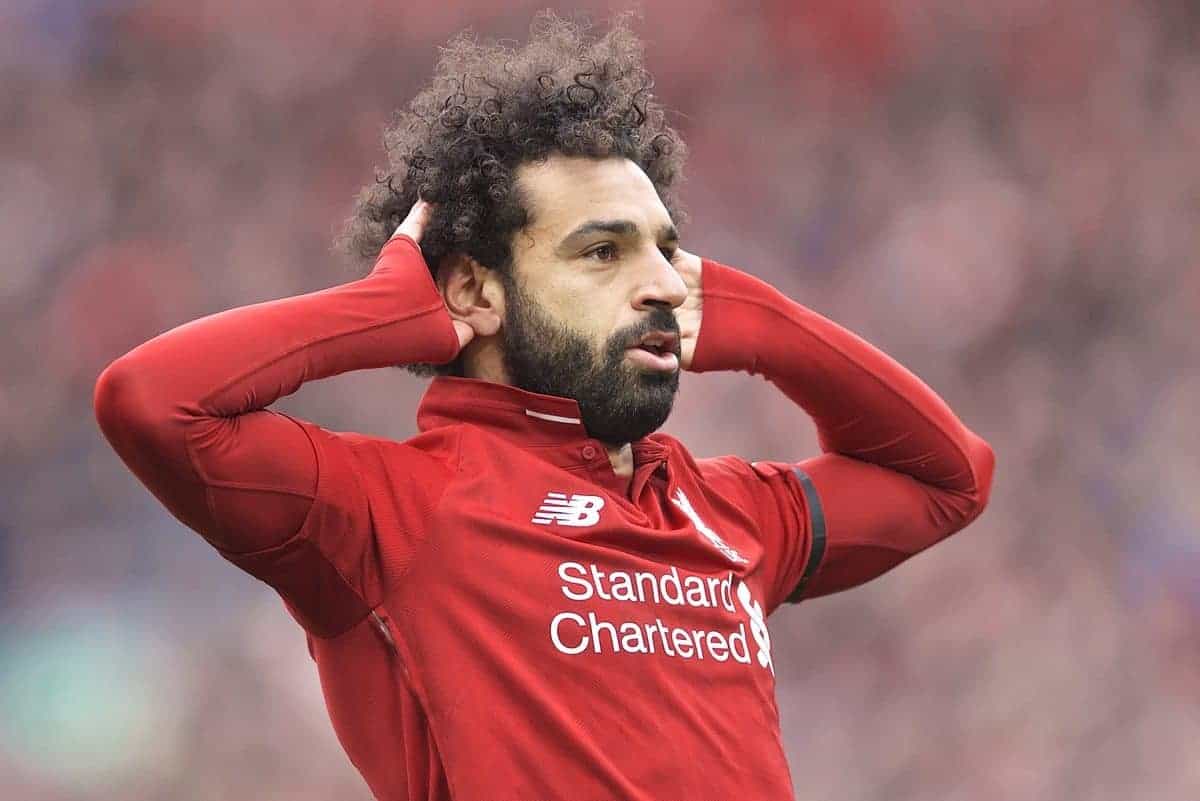 Mohamed Salah was overlooked for both PFA Player of the Year and Team of the Year, but his influential form for Liverpool has been made clear in numbers.

Salah was left out of the running for the end-of-season awards, with Virgil van Dijk and Sadio Mane nominated for the individual honour and Trent Alexander-Arnold and Andy Robertson joining them in the team award.

This comes despite the Egyptian lifting his tally to 21 goals and 11 assists in Friday’s 5-0 thrashing of Huddersfield—though, of course, the votes are made by the beginning of April.

It has not been as outstanding as his 32-goal, 11-assist campaign last time out in the Premier League, but Salah is still leading the race for the Golden Boot, ahead of Sergio Aguero.

Aguero’s winner in Man City‘s 1-0 victory over Burnley on Sunday—a result which serves as a blow to Liverpool’s title hopes—prompted Independent journalist Miguel Delaney to assess this season’s most influential players.

It was then revealed that Salah’s goals have won at least twice as many points as any other player for the Reds and City, with 24:

On account of Aguero's goal, went looking for who in this title race has scored the most decisive goals – ie, final equalisers, or goals to finally put your team ahead.

Er… maybe Salah should be player of the year again pic.twitter.com/6j96IffRUh

Including his strike at Turf Moor, Aguero has won 12 points through what Delaney describes as “decisive goals,” in other words “final equalisers, or goals to finally put your team ahead.”

Salah has won significantly more points than Mane (10), Sterling (10) and Bernardo Silva (four) who were all nominated for the PFA Player of the Year, which is expected to be given to Van Dijk on Sunday night.

ESPN’s Liam Twomey added that Eden Hazard has won 17 points for Chelsea, with the Belgian rounding off the sextet up for the major award.

He has also won more than Liverpool’s three next most influential—Mane (10), James Milner (six) and Roberto Firmino (six)—combined (22).

Of course, as Van Dijk’s deserved inclusion attests, goals are not the be all and end all when considering a top-level player, but they are certainly paramount for a striker.

The decision to overlook Salah was a bizarre one by his fellow players, and one perhaps stemming from a media campaign appearing to rally against Liverpool’s No. 11 after his standout season in 2017/18.

Salah, last season’s PFA Player of the Year, was named in Time magazine’s list of the 100 most influential people in the world earlier this month however.