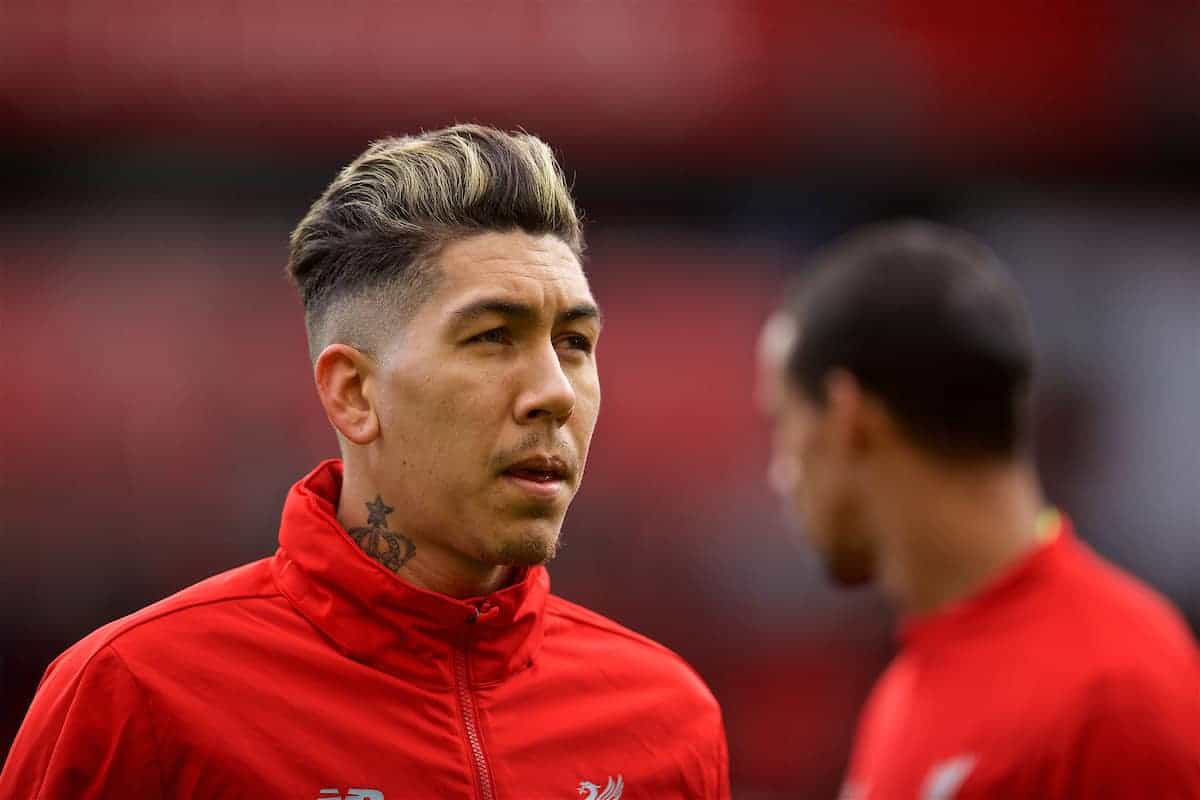 Jurgen Klopp has provided more details on Roberto Firmino‘s injury, and pondered if the striker could return for Liverpool at Barcelona on Wednesday.

Firmino was ruled out of Friday night’s 5-0 thrashing of Huddersfield at Anfield, with the manager explaining that it was “not a big thing but was enough to leave him out.”

Though Daniel Sturridge struggled in his place, a record-breaking 15-second goal from Naby Keita and braces from Sadio Mane and Mohamed Salah were more than enough to restore Liverpool at the top of the Premier League.

But with a trip to Barcelona to come in midweek for the first leg of their Champions League semi-final, getting Firmino back is of paramount importance.

Speaking to reporters after the game, Klopp expressed his hope that the resilient Brazilian could make his comeback in time, though he revealed that he had suffered a “small tear in a very small muscle.”

“Bobby trained yesterday completely normal. It was not high-intensity, we had to work on set-pieces a little bit and here and there a couple of things,” he said.

“I didn’t see it in training, because it obviously happened in the last situation, and he felt the muscle a little bit.

“The official diagnosis is he has a small tear in a very small muscle.

“So apart from the word ‘tear’ everything else is positive.

“But it’s Bobby, so he might be ready for Wednesday, but we obviously don’t know in the moment.

“Because it’s him, it’s rather more likely than not. But we will see.

“Of all the bad news you could get it’s pretty much the best, but it’s still bad enough that he couldn’t play tonight.”

Meanwhile, Klopp allayed any fears over a foot injury for Virgil van Dijk after the centre-back had a slight issue in the second half. The player himself also told reporters post-match that there is no issue.