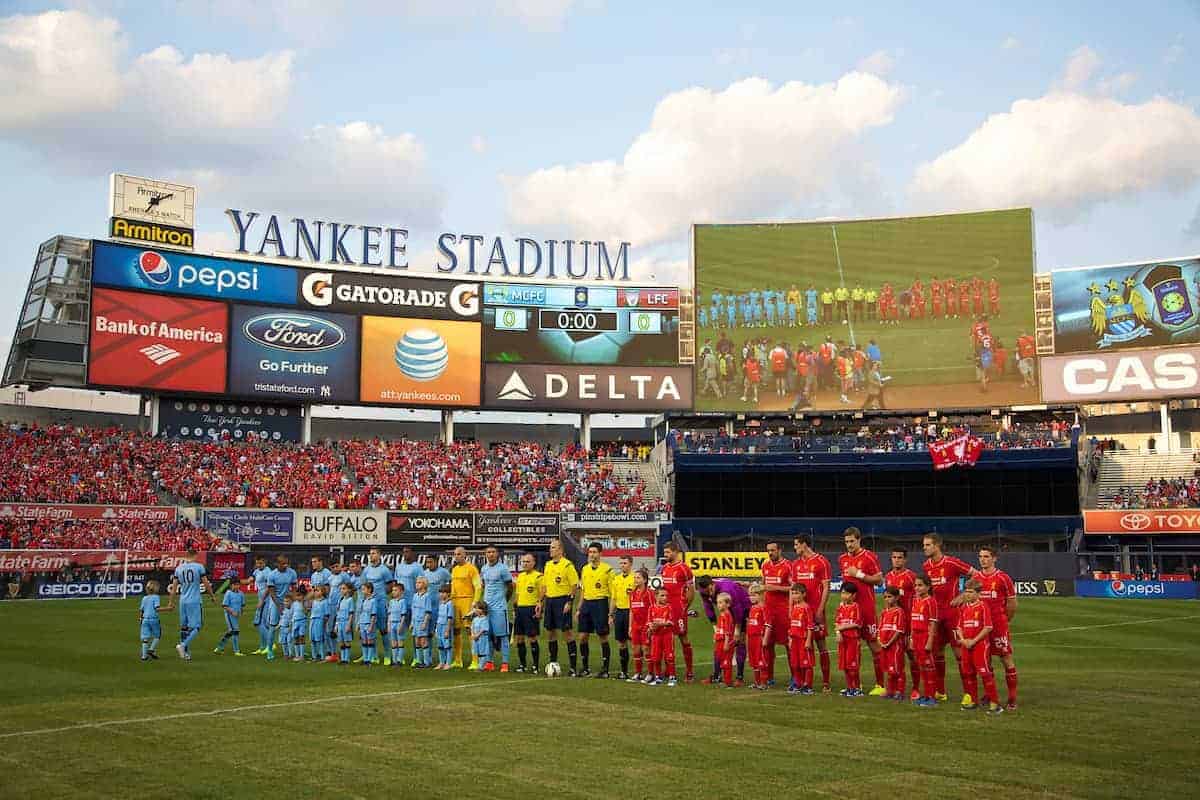 Liverpool FC will return to America this summer and play a pre-season friendly at Boston’s Fenway Park Stadium for the first time since 2014.

The Reds have broken with ‘tradition’ to head west again, rather than heading east to Asia as they typically do every other summer.

Jurgen Klopp‘s side will play matches in Boston, New York City and Indiana as part of their 2019/20 season preparations.

The game in Boston will take place at the historic Fenway Park baseball stadium, home of course to FSG’s other sports team, the Boston Red Sox. That will be against Sevilla on July 21.

Before that Liverpool will take on Borussia Dortmund at the 77,622-seater Notre Dame Stadium in Indiana, on July 19.

The final game of the trip Stateside will be in New York City and at another baseball stadium, the Yankee Stadium in the Bronx, against Sporting CP on July 24.

We understand that the squad will be based in Boston for the duration of their stay, training at Harvard University’s Ohiri Field, where they trained in 2012 and 2014.

Prior to heading across the Atlantic, Klopp’s squad will play a couple of domestic friendlies in the north-west, while after they return to Europe they are expected to go on a second training camp and play a headline-friendly in London, possibly at Tottenham‘s new stadium in early August.

Liverpool CEO Billy Hogan said of the tour: “We’re heading to three incredible locations this year. Each of the stadiums has their own deep-rooted heritage similar to our own and we’ll face three great opposition teams in Borussia Dortmund, Sevilla and Sporting CP.

“This trip to the USA will be very special and we’re really looking forward to having as many of our supporters with us along the way.”