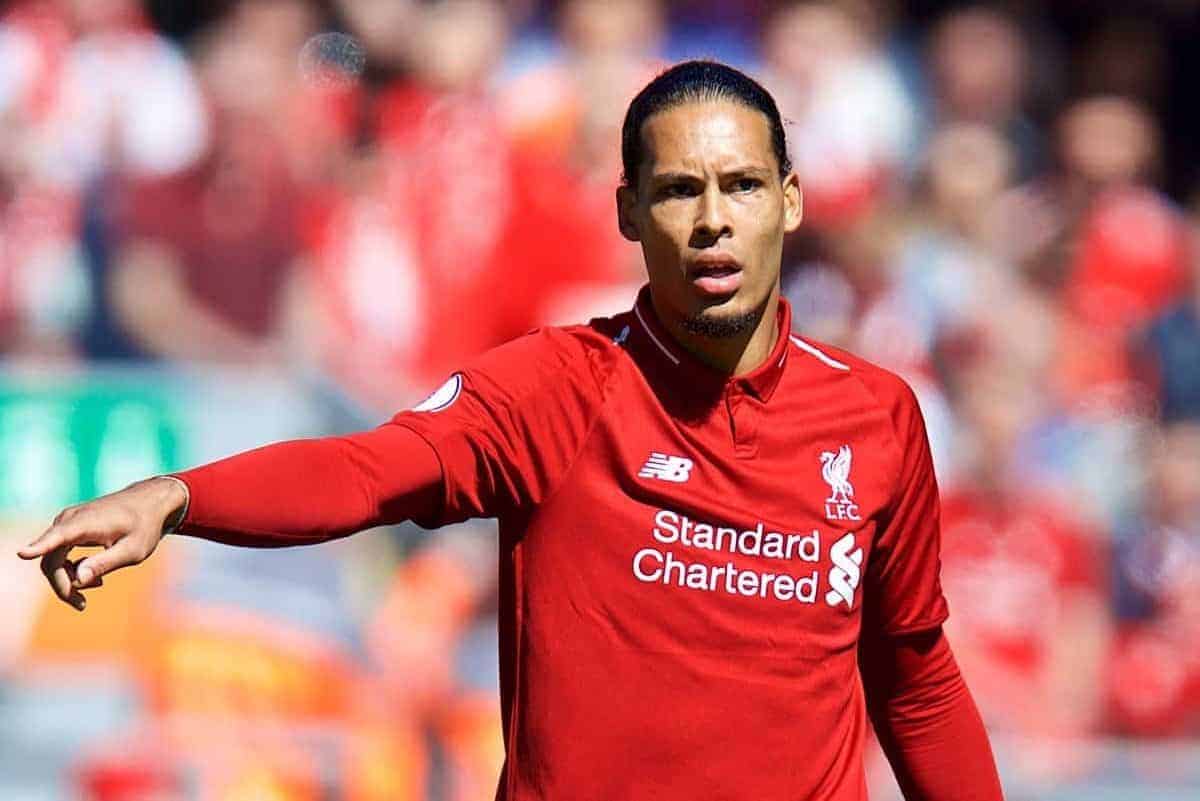 Virgil van Dijk says Liverpool must win their three remaining Premier League games to have a chance of claiming a first domestic title since 1990.

Leaders Liverpool achieved their longest winning streak since April 2014 with Sunday’s 2-0 success at Cardiff making it nine victories on the trot.

The result also saw Liverpool set a new club points record in the Premier League—taking them on to 88 and eclipsing the 86 Rafael Benitez’s side managed 10 years ago in finishing runners-up to Manchester United.

But Manchester City will take a one-point advantage by winning their game in hand on Wednesday.

Asked if Liverpool needed to win all their remaining games, Van Dijk replied: “One hundred percent. That’s the only thing we are going to focus on.

“We have three games left and we are going to try and win all of them. It’s going to be very hard, but that’s what we’re looking to do.

“We did our job [at Cardiff]. We had to stay patient, but it was a very mature performance and it was good to get the three points.

“Our next challenge is going to be on Friday, so we’ll see.”

Liverpool start their closing fixtures with an Anfield visit from relegated Huddersfield.

Jurgen Klopp’s side then head to Newcastle before hosting Wolves on the final day of the season.

City play Leicester at home and have away games at Brighton, Burnley and Manchester United, the derby at Old Trafford on Wednesday being their game in hand.

Struggling United must seek to bounce back from a 4-0 thrashing at Everton on Sunday, their sixth defeat in eight games.

“They need to do themselves a favour,” Van Dijk said when asked if United could help out Liverpool.

“We have no influence on that, but they are still playing for Champions League football and they need to get a result.”

Cardiff remain in the final relegation spot and three points adrift of Brighton, who have a game in hand.

But Brighton have failed to score in their last six games and have a tough run-in with fixtures against Arsenal, Manchester City, Newcastle and Tottenham.

“I definitely think we can get out of it,” said Cardiff defender Lee Peltier.

“We’re putting in decent performances so hopefully we can pick up more points.

“We’ve got Crystal Palace and Fulham to look forward to and I think we can go there and get points.

“The manager was pleased with the way we set up against one of the best teams in the world.

“I thought we did all right against them as we limited them a lot. We’ve just got to keep on going.”