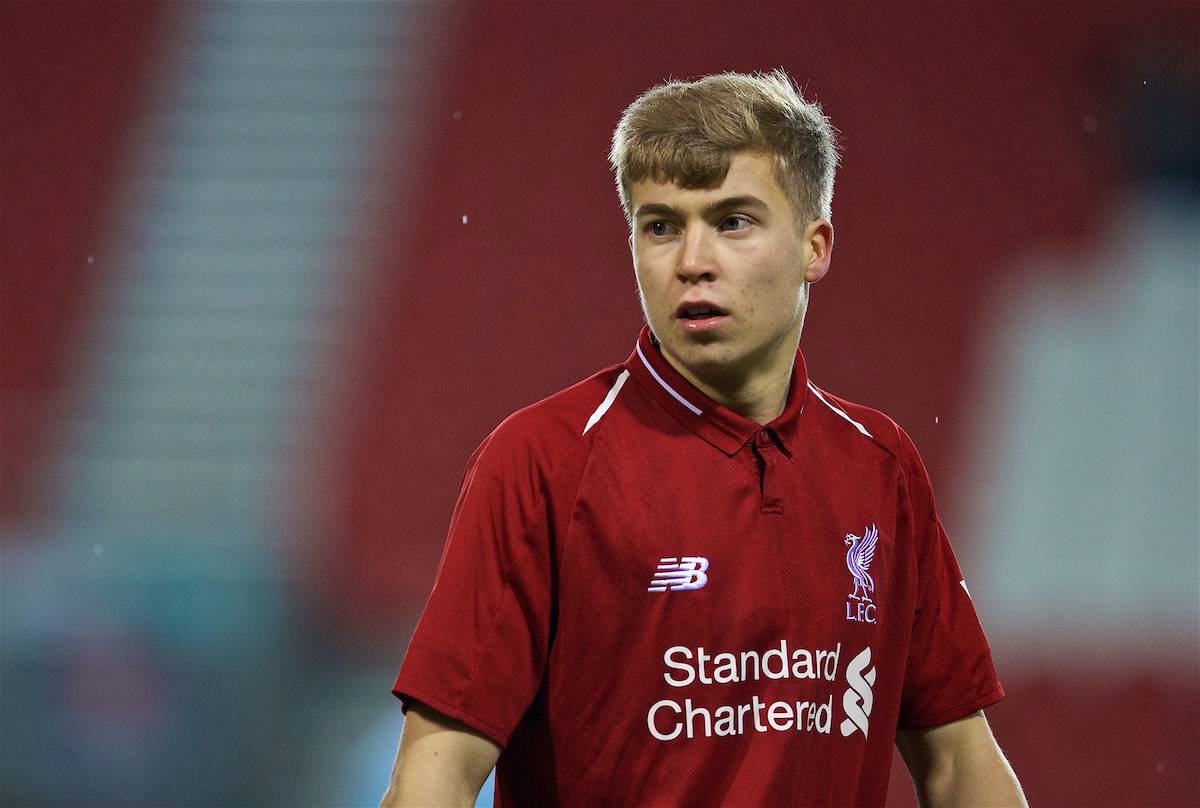 The Liverpool U18s sealed a 1-0 victory over Man City in their penultimate game of the season, but face an uphill battle in their pursuit of the title.

Barry Lewtas‘ young Reds headed into Tuesday morning’s clash with their work cut out for them, with two games left to play but six points behind first-placed Derby, whose season is already over.

Able to make up the deficit, Liverpool were still required to engineer a 12-goal positive swing in goal difference in order to lift the trophy in May.

Following the FA Youth Cup final triumph over City on Thursday night, Lewtas made four alterations from a draining trip to Manchester’s Academy Stadium, and opted for a change of system.

An attack-heavy setup, focusing on the width provided by wing-backs Neco Williams and Yasser Larouci, gave Liverpool to upper hand, and they went in front within 13 minutes. 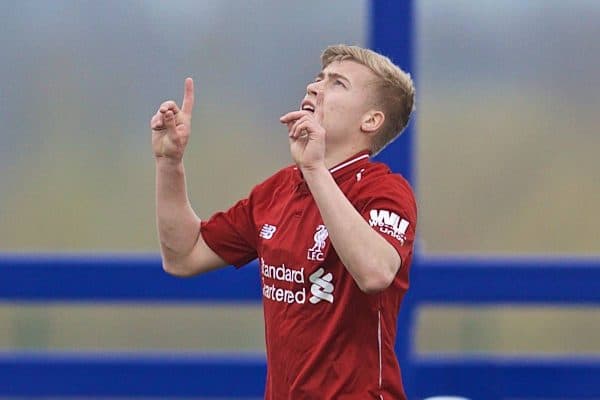 The opener, and ultimately the winner, came through 17-year-old Bearne, who scored his fourth goal of the season after a brilliant pass from Bobby Duncan.

Bearne and Duncan both tested Cieran Slicker further times before the break, while City themselves troubled Vitezslav Jaros as they pushed for an equaliser to no avail.

The onus was on City goalkeeper Slicker in the second half, too, as he again denied the on-from attacking duo, along with substitute Sharif, who replaced Ritaccio just after the hour mark.

A final big chance fell to Bearne, who failed to record a brace as his effort struck the upright, leaving Liverpool to savour a 1-0 victory.

Victory though it is, it is unlikely to help the young Reds to the title, as they would now need to beat Middlesbrough by 11 clear goals on Saturday to leapfrog Derby.

They are already guaranteed second, though, which along with their FA Youth Cup triumph serves as a testament to the progress made under Lewtas at Kirkby this season.