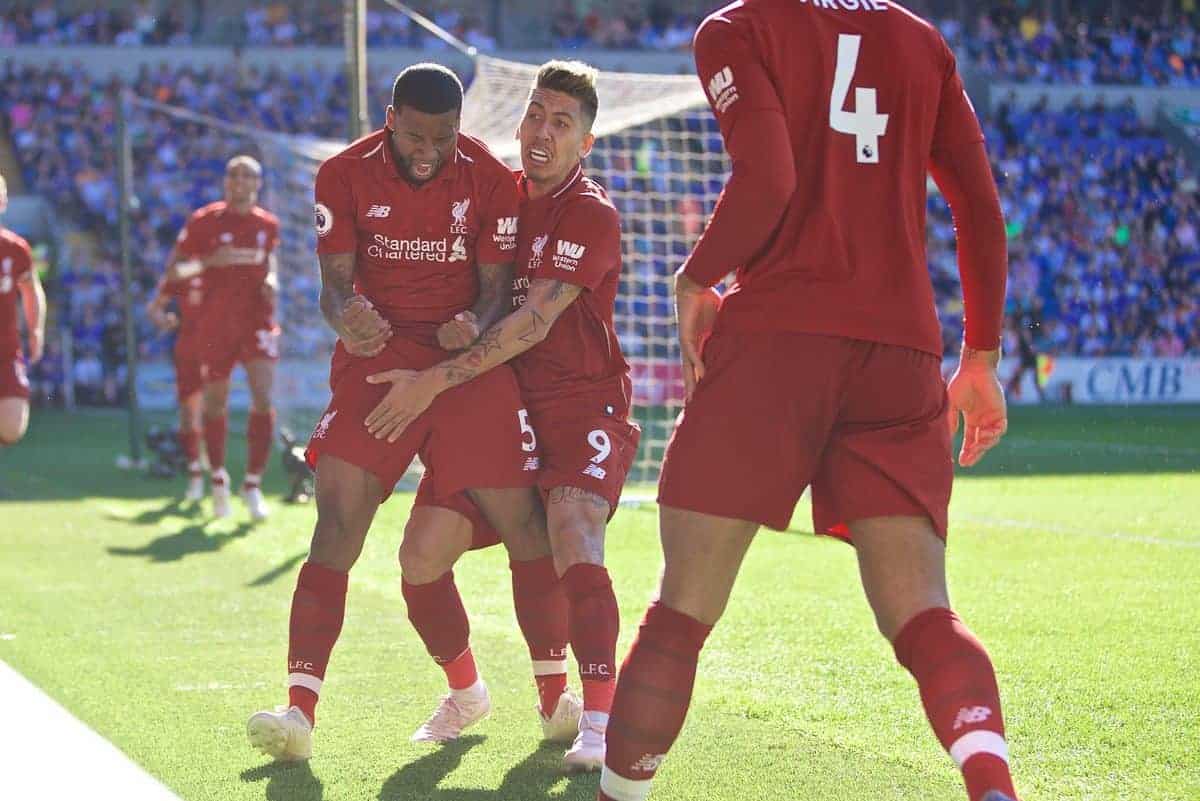 Liverpool players were ecstatic with adding “another big three points” to their season’s tally after their 2-0 victory at Cardiff.

Liverpool travelled to south Wales on Sunday in the knowledge that anything but three points would throw a spanner into their hopes for domestic glory—but it was a test they passed with flying colours.

Despite a frustrating first-half performance in the final third, the Reds turned the screw in the second 45 to put the result beyond doubt as Gini Wijnaldum and James Milner both found the net to secure three vital points.

Jurgen Klopp‘s side now sit top of the Premier League with three games remaining, and speaking after the game Virgil van Dijk insisted the only thing the Reds can do is “keep enjoying” their football as the season nears its end.

The centre-back also revealed to LFCTV how a discussion during half-time paved the way for Liverpool’s crucial opener:

“I think in the second half there were more gaps and then we scored a great goal from Gini from what we talked about during the break.

“We saw with many set-pieces in the first half that Gini was the free man and we—Joel and me—had to drag our opponents away—and that’s what happened.

“Gini obviously had an amazing finish and I’m very very happy for him.

“The only thing we can do is to keep playing, keep enjoying and hopefully the weather stays nice—and let’s go for it!

“We need everyone, we need all the fans, like today, great support. We’ll see how it ends.” 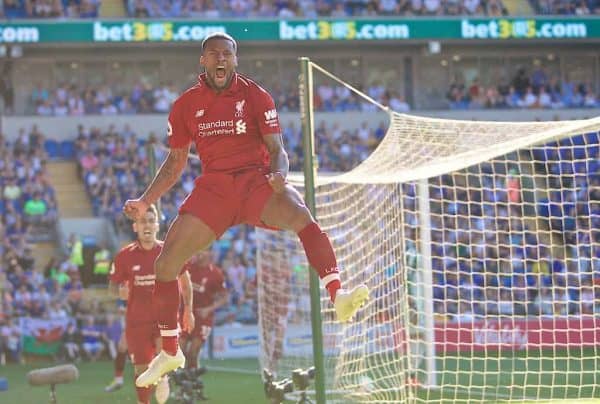 His Dutch comrade Wijnaldum also spoke of how his goal came to be after the match, and how he felt the Reds were deserving of the result after controlling the game from the outset:

“We trained for it, but the ball was coming high in the first half.

“I was so free in the first half, I told Henderson to tell Trent to put a low ball in, I got onto it and it was a good finish.

“We knew it was going to be tough, it was warm.

“We prepared well. In the first half we dominated and had three big chances.

“We didn’t score the goals but in the second half with the set-pieces we got the first, [and] we controlled the game.”

Taking to Instagram after the game, James Milner lauded “another big performance” and jokingly took aim at Andy Robertson‘s skin complexion, while the man in question celebrated three points and a clean sheet:

Similarly, Alisson, Roberto Firmino and Van Dijk were all delighted as an “important three points” were collected:

The result on Sunday again showed Klopp’s Reds are not backing down from the title fight as they continue to place the pressure at Man City‘s doorstep.

Liverpool refuse to show any signs of taking their foot off the throttle, and Huddersfield are next on the hit-list on Friday.