Liverpool midfielder Alex Oxlade-Chamberlain is dreaming of playing a part in the Champions League final after injury denied him a role 12 months ago.

Among the saddest sights following the 3-1 defeat to Real Madrid in Kiev was the England international hopping around the running track of Olympiyski Stadium on crutches trying to keep up with his team-mates as they acknowledged the support of fans.

Oxlade-Chamberlain sustained a serious knee injury in the semi-final first leg against Roma, a problem which ruled him out of the clash with Madrid a month later and sidelined him for 12 months in total.

Having made his comeback in two substitute appearances amounting to just 20 minutes the 25-year-old is hoping he gets to make up for missing out last year.

He will, at least, be guaranteed a place on the bench for the clash against Tottenham on June 1 in the Wanda Metropolitano as a change in regulations means clubs can name 12 substitutes for UEFA’s showpiece finals. 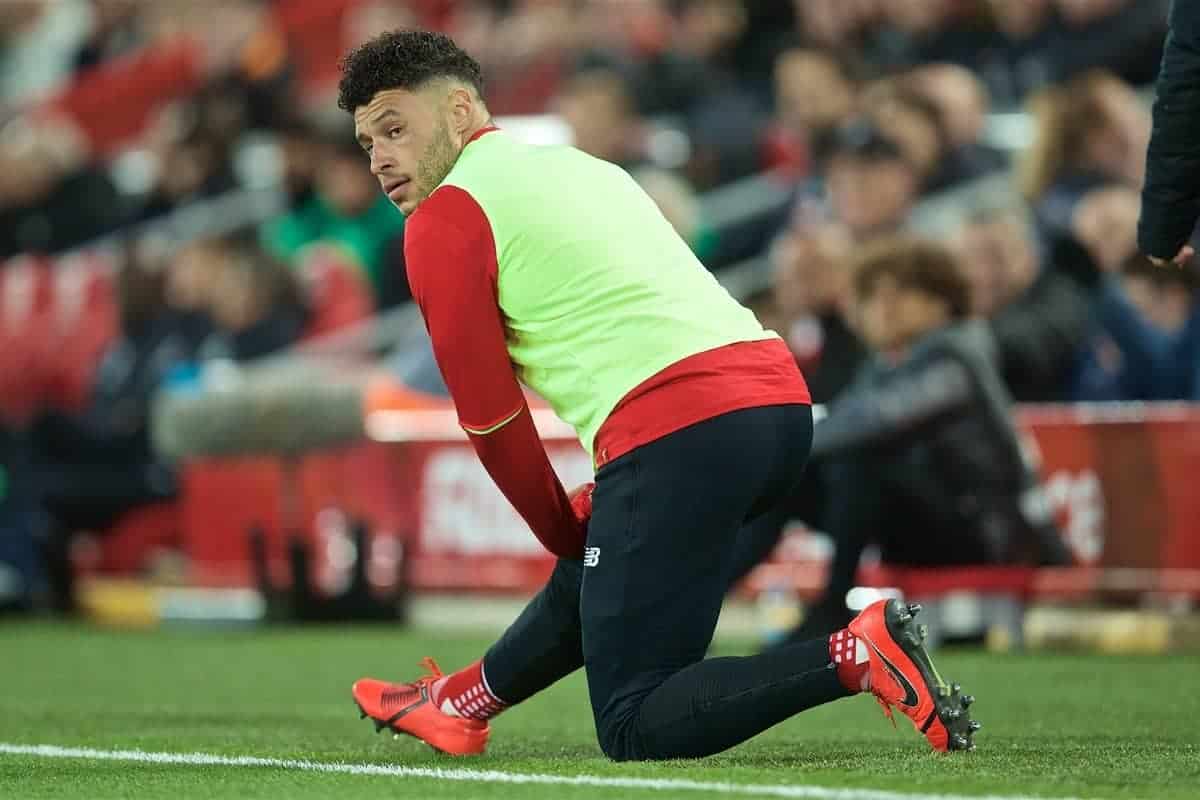 “I wasn’t able to get loads of minutes (on his return) but I was happy to just come back,” he told the club’s official website.

“Dreams are made of maybe having some part to play in Madrid, but it’s not about me – it’s about making sure whoever is on the pitch does the job for the club and for the team.

“If I can be involved, that would be amazing, but just to be around it and be fit and healthy again is good for me as well at the minute.

“At times it’s been a little bit frustrating as well because you feel you are back and to then keep up with these boys after the long season they’ve had and the intensity they train at, coming back from a year (out) it’s not so easy and you pick up little things along the way.

“It’s been another little journey for me the last part, but it’s been really exciting to be in and around the team and in contention to maybe have some part in the final, but just to be involved is amazing for me.

“After ‘crutching’ my way around the pitch last year, it’s nice to be in this situation!” 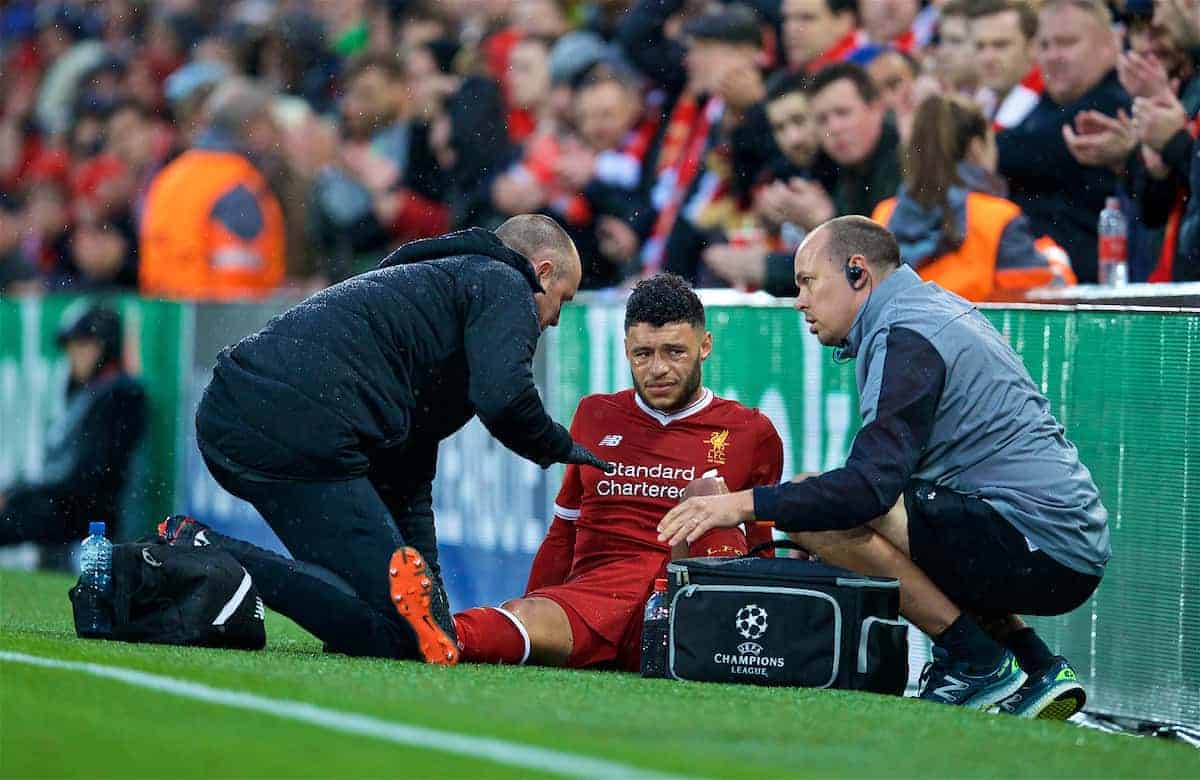 Oxlade-Chamberlain has been working on sharpening up his fitness at the squad’s training camp in Marbella.

Manager Jurgen Klopp, conscious his players will have had a three-week gap of competitive football by the time the final comes around, is trying to organise a match out in Spain for his players.

However, the difficulty he has is that most teams are either now on their summer breaks or preparing for the final week of their season so options are limited.

But, nevertheless, the week-long training break in the sun is helping preparations. 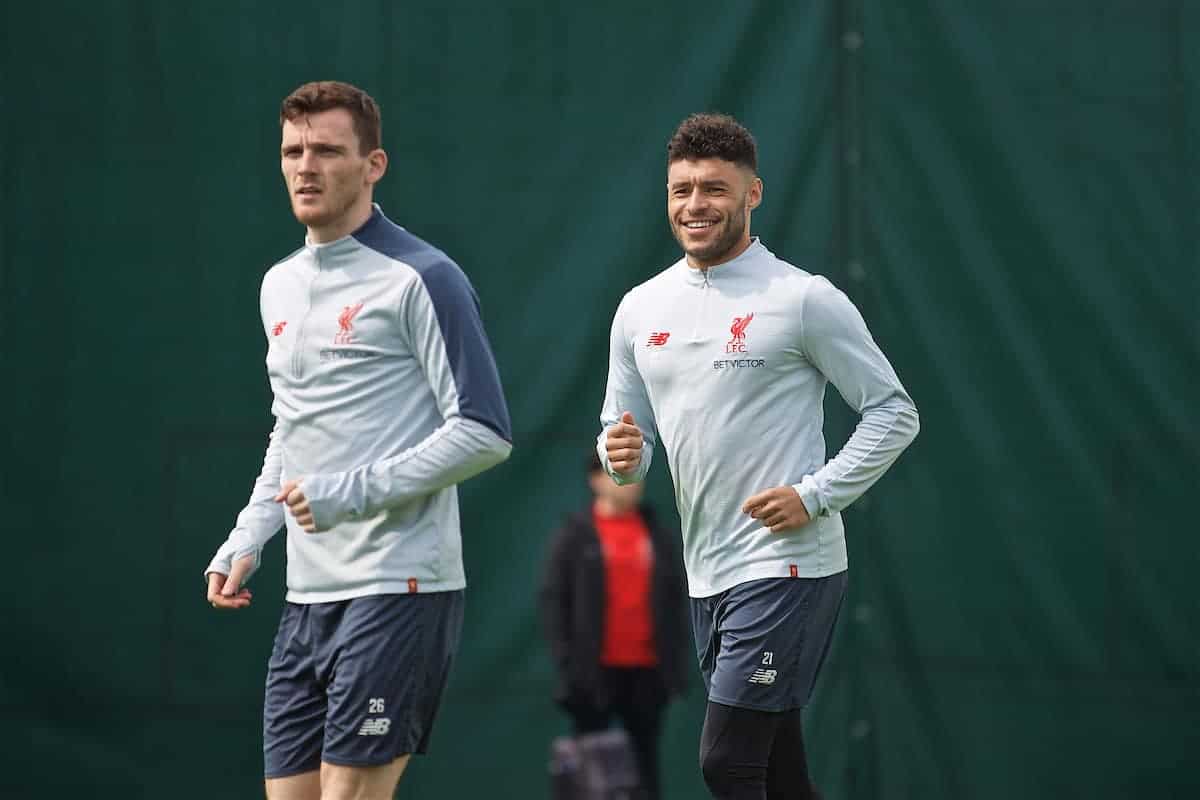 “Obviously the final is going to be in Madrid, so a lot warmer than maybe an evening game in England that we’re used to so, we’ve come out here to try to get used to that ,” added Oxlade-Chamberlain.

“Coming out here and making it a little bit tougher is obviously really helpful. The boys have approached it really well, as they have done all season.

“The gaffer is shouting and pushing us to stay right on top of everything – and that’s what we need. We’ve got one last push now and everyone looks really good.

“Hopefully we can pull something off and make some special memories and history.”