Defender Dejan Lovren believes Liverpool will be title contenders again next season as they are still improving under Jurgen Klopp.

They were pipped to the Premier League by just a point by Manchester City despite reaching 97 points, a record for runners-up in the top flight and a tally which would have won the championship in 116 of 119 seasons if campaigns were adjusted to three points for a win.

The Reds have also secured back-to-back Champions League final appearances and Lovren insists that is another indication of their growth.

“When you look back on the last three years, it was every season improvement,” he told liverpoolfc.com.

“When Klopp came, every year we did better and better. Last season we did quite well, we had quite a lot of injuries and reached the final of the Champions League.

“This year, with the new players, we reached second place with 97 points, it’s incredible.

“And again the final of the Champions League so definitely we are again one of the contenders for next year to do something great.

“With this team, we can only improve.” 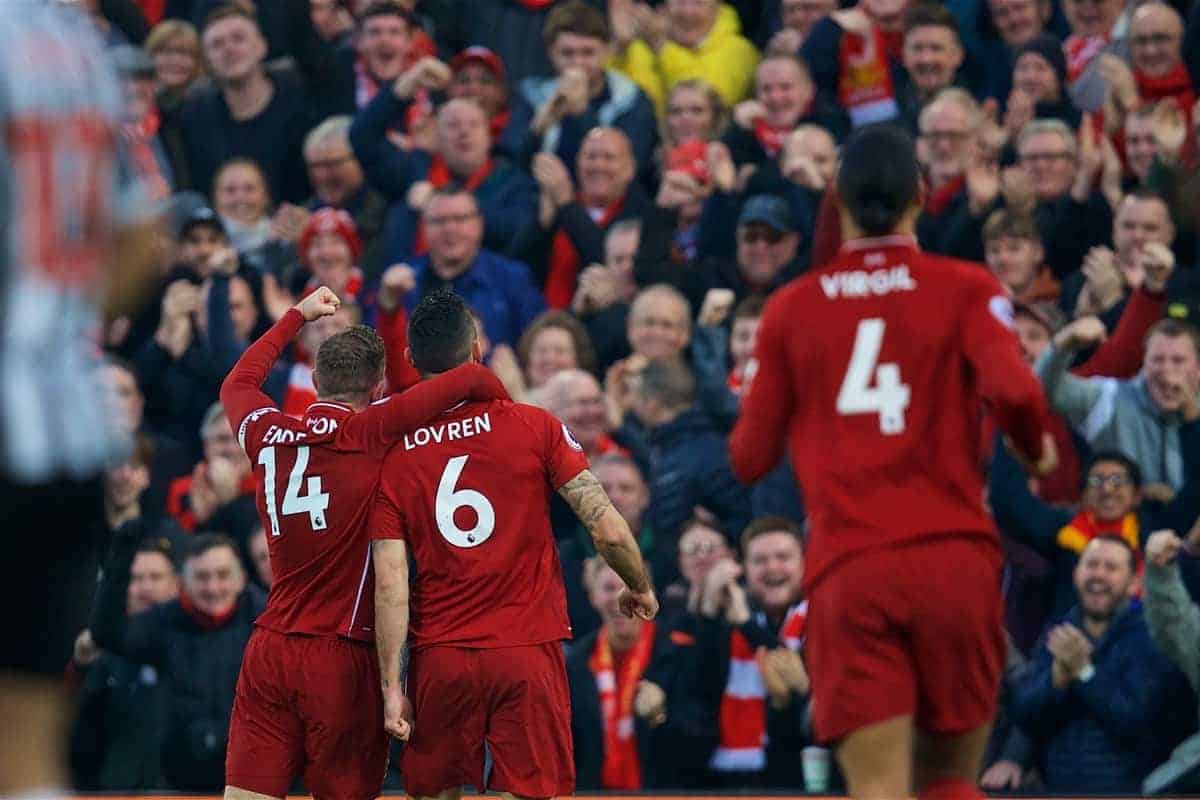 Key to that, according to Lovren, will be keeping the current squad together – most key players have already been tied down to long contracts – and making the right additions.

“We are still young so we learn every day something new and this is what matters: to keep this team all together in one place and of course, if there are new improvements to come, I mean new players, they are always welcomed,” he added.

“But when you look at the quality, it’s really already quite high.”

Narrowly missing out on the title meant the Croatia international suffered a second heartbreaking runners-up finish in 10 months, having been beaten by France in the World Cup final last summer.

He is confident, however, it can end on a high with victory over Tottenham in Madrid on June 1.

“It would be a lie if I don’t admit that we are of course disappointed,” Lovren said.

“We won the last game at Anfield but when we came to the dressing room it felt strange.

“We had so many points, 97, we made history for this club when we talk about points but when you look back we can be satisfied.

“We gave everything this season, it was a brilliant season – especially (at) Anfield and I think the fans really enjoyed it, especially the game against Barca.

“So, at the end we have another final and I’m sure we will come back with big smiles.”