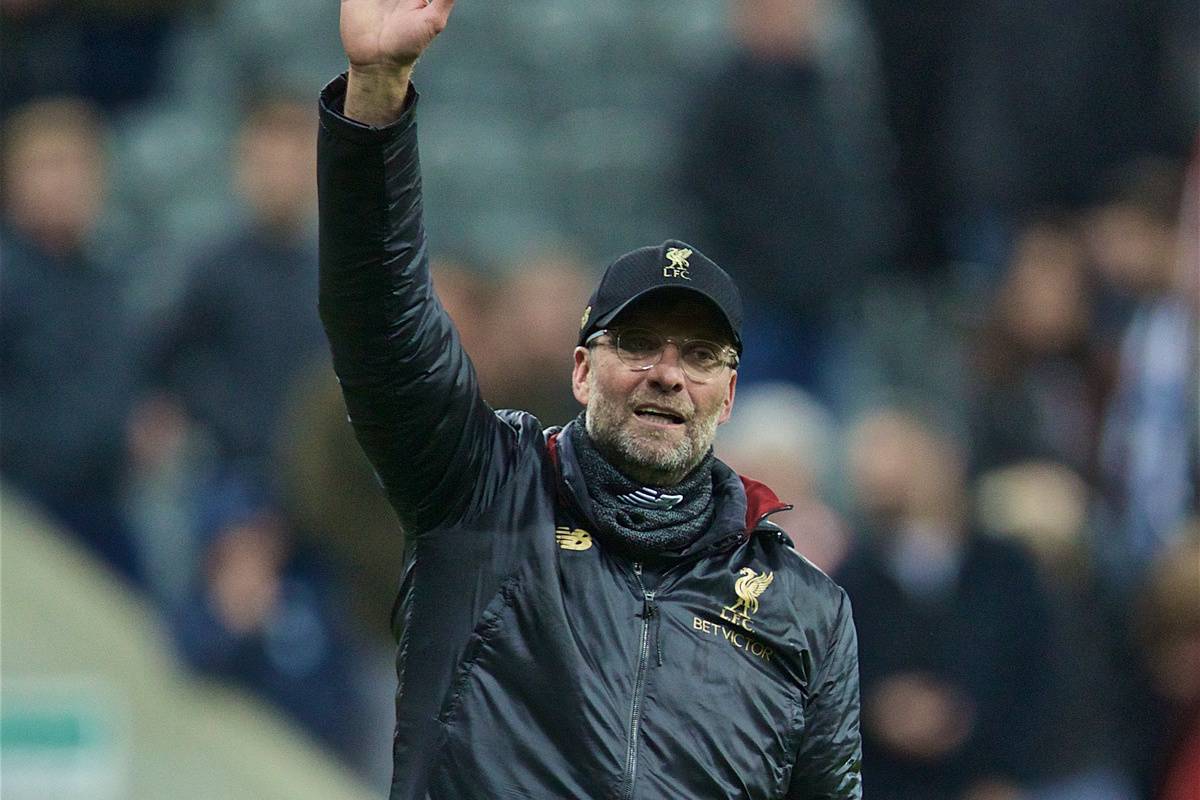 Jurgen Klopp has insisted his players can do no more in their bid to end a 29-year wait for another league title after seeing them scrap their way to victory at Newcastle.

The Reds needed a late winner from substitute Divock Origi to take the race for the Premier League crown to the final day of the season.

However, a vital 3-2 win came at a cost as 26-goal striker Mohamed Salah was carried off on a stretcher after colliding with Magpies keeper Martin Dubravka.

Klopp said after a pulsating 90 minutes at St James’ Park: “I’m not native, so I cannot maybe say it better, but I accepted long ago that we do everything, absolutely everything, the boys throw whatever they have on the pitch.

“That means whether we will be champion or not, it’s destiny. We do everything, we cannot do more. 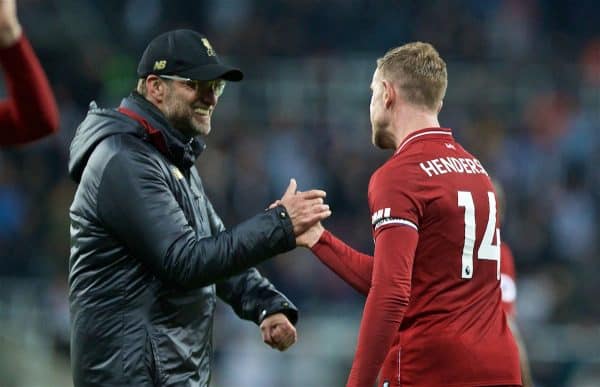 The visitors twice took the lead in a game they could not afford to lose with goals from Virgil Van Dijk and Salah.

But Christian Atsu’s equaliser before the break and Salomon Rondon’s after it ensured the sides were locked together with just four minutes remaining.

It was then that Origi climbed to meet fellow substitute Xherdan Shaqiri’s disputed free-kick and glance a header home off defender Jamaal Lascelles to claim three points which took them two clear of Manchester City, who face Leicester on Monday.

Klopp said: “Credit to Newcastle, that was—wow! If any people would doubt the teams that don’t play for anything any more, that they are halfway on the beach already, that was really the opposite.

“Is there any history between Newcastle and Liverpool that I don’t know about? The atmosphere was like something happened in the past. The boys again were ready to face it and ready to deal with it, and that’s brilliant.”

Newcastle manager Rafael Benitez, who led Liverpool to Champions League glory in 2005, was serenaded throughout by Magpies fans desperate for him to sign a contract extension.

He was proud of his team, if disappointed with some of their defending, and pointed to the performance as an indication of what could be achieved with the right support from owner Mike Ashley.

Benitez said: “You know that we have had conversations and we will have conversations in the next couple of weeks and see where we are.

“I am really proud and pleased because we have stayed up, but I would like to compete for something more. Hopefully we can go closer and we can match the ambitions of the fans.”