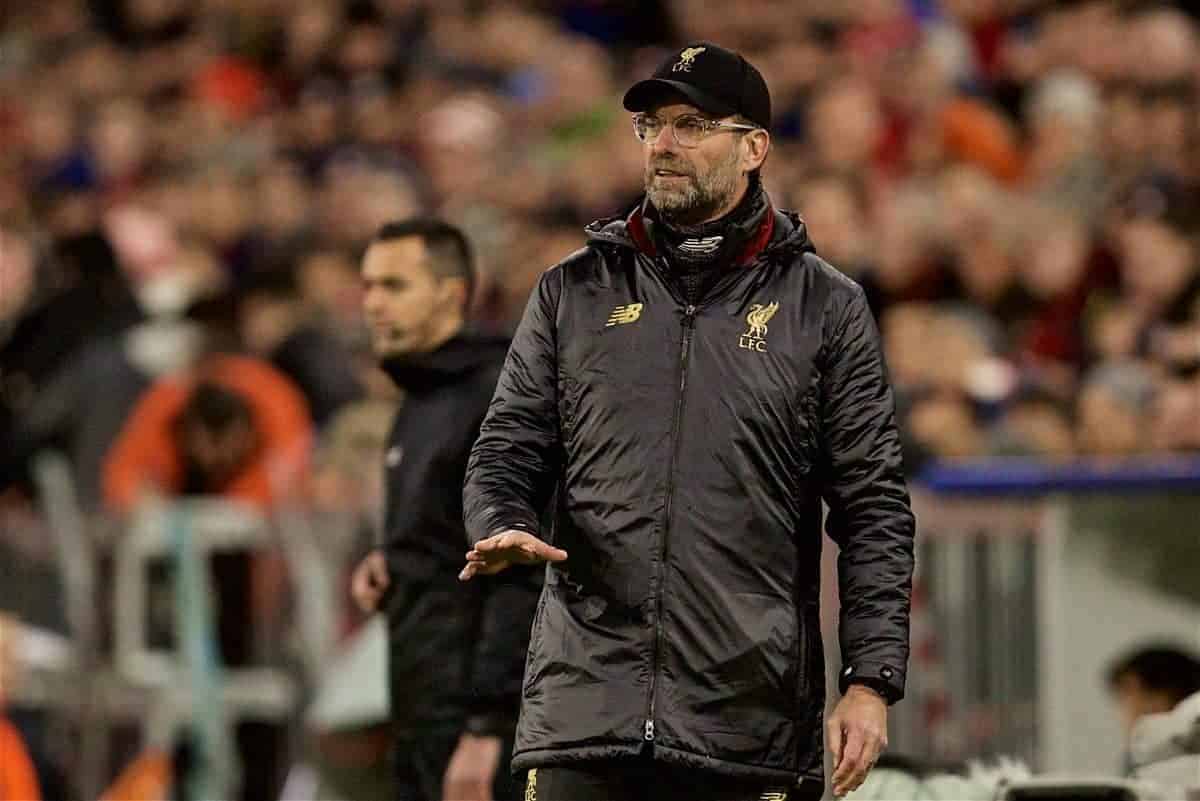 Liverpool manager Jurgen Klopp refuses to consider the prospect of the Champions League being their best chance of silverware this season.

In an incredibly tight title race Manchester City are in pole position, one point ahead with two matches remaining.

But having reached last year’s final—losing to Real Madrid—it was put to the Reds boss they could go one better this season, even if they have to get past Barcelona first.

“I don’t know. We still have to play against Barcelona so it’s not that we have 100 percent chance,” he said.

“We have a chance in both competitions. You (media) always make out a game is won before it is played.

“In the moment I don’t need to know which is the bigger chance for us. We have to work here and not think what we could do.

“If we go to the final we have three weeks to think about what we will do.

“No-one has to think about [Saturday’s] Newcastle game.

“It would be a massive mistake if you play against Barcelona with 15-20 percent Newcastle on your mind. That would be a problem.

“We want a result [against Barcelona] which gives us a good chance to do it at home.”

In order to do that Klopp admits his side will have to experience some pain in the Nou Camp.

Especially if they are to deny Lionel Messi the opportunity to fulfil his pre-season “threat” to win the Champions League.

Back in August the Argentina international, in his first public address as captain, told a packed stadium before a friendly against Boca Juniors that he and the players had made it their ambition to win the trophy for a sixth time.

They had been stung by watching Real Madrid win their third consecutive title—against Klopp’s side—and 13th overall, and Messi said: “Last season was really good as we did the double but we all felt bad about how it went in the Champions League.

“We promise that this season we will do all we can to bring that beautiful trophy back to the Camp Nou.”

Klopp said he viewed that as fighting talk and with the two teams now pitted together in a semi-final first leg, Messi and his team-mates will be put to the test.

“Messi said before the start of the season that they wanted to bring back this cup. That sounded already like a threat to me!” he added.

“Now we are here, we want to go to the final as well.

“We won’t be perfect, we will make mistakes, we will suffer, 100 percent. We can’t be completely free to play our game.

“I would say a draw would not be the worst result in the world, not that we go for it but it would be OK.”