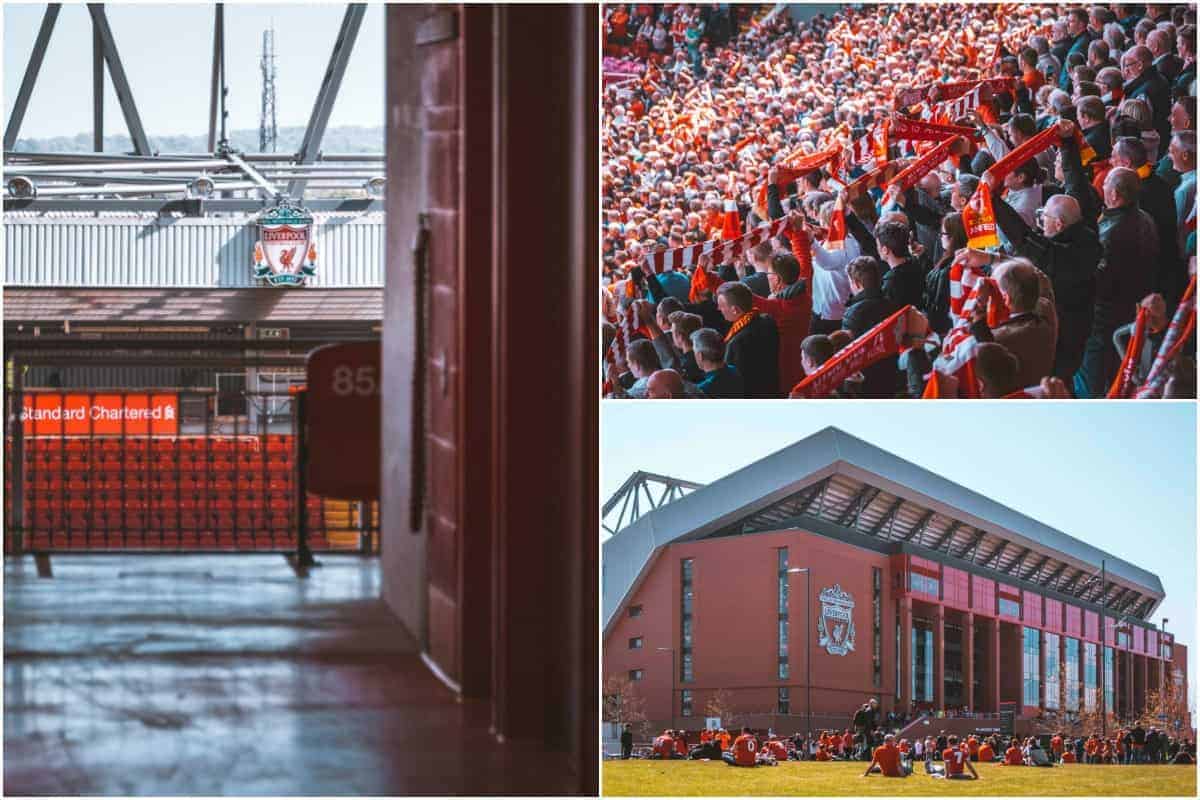 Photojournalist Lubo Domo details the special nature of taking pictures at Anfield, the process behind his stunning work through the lens and more.

Pictures, we all have them; snapshots of a moment in time, of people and places. Some can be staged to achieve a certain look, but in sport the unpredictability of the moment opens up a multitude of opportunities.

For Lubo Domo, living behind the camera lens across Europe’s footballing scene offers the chance to use his pictures to “tell a story” but as a lifelong Liverpool fan it “was always the dream” to do it at Anfield.

His pictures tell the story of the feeling of anticipation, hope and comradery from the surrounding areas of the stadium and into the stands themselves, pictures which transport you to the very moment they were taken.

This Is Anfield spoke to Lubo to get the lowdown on his photography journey, what makes the ‘perfect’ photo, his relationship with Liverpool and, of course, to share some of his incredible pictures from Anfield.

“There is something really special about this place…” 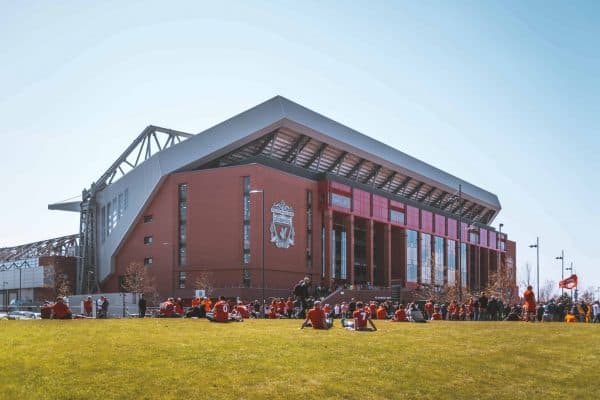 Originally from Bulgaria, Lubo has spent the past 15 years residing in France, splitting his time between Lyon and Marseille, where he is now a freelance photographer.

It was his in country of birth, however, where his affiliation with Liverpool started and ultimately led to an amazing collection of pictures from Anfield.

“I’ve been a Liverpool supporter since forever. Liverpool’s a very popular club in Bulgaria because of the history it has from playing CSKA Sofia in the 1980s,” he explained.

“But I also remember as a kid in the 1990s myself and a friend used to write letters (yes, real actual letters!) to Premier League clubs to say that we were big fans and we would love to hear from them. 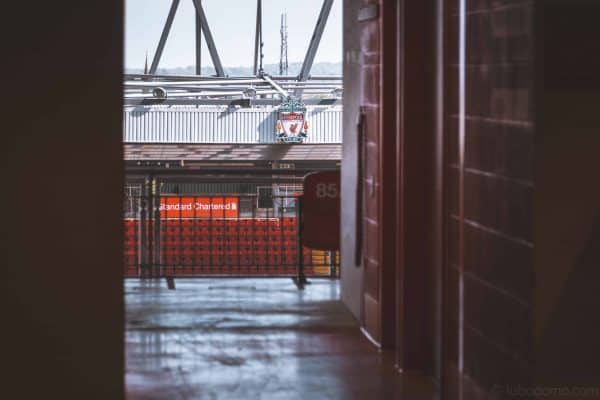 “It was a great surprise when I received a letter from Liverpool which contained posters, match programmes and a magazine about the squad and players—it only confirmed my passionate affection for the club.

“So, photographing Liverpool was always going to be a dream, now as I’m living in France I try to attend as many games as possible at Anfield, but of course it is difficult to get tickets so whenever I am able to I am off to the game.

“But every time I do go I try to capture the atmosphere around Anfield, the people and the supporters. There is something really special about this place.”

That special feeling Lubo talks about is one which is epitomised in the picture below-one which he singled out when asked which photo from his Anfield collection he was most proud of. 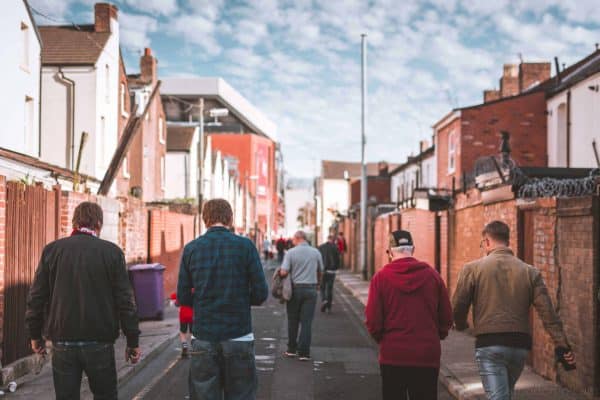 “The one I’m especially proud of would be the one of the four lads walking towards Anfield in one of the many small streets leading to the ground,” he said.

“It was from the first game with the new main stand, against Leicester in 2016.

“I was making my way to the ground from the city centre and I wanted to avoid the queuing and catch a bus that left me a couple of stops before Anfield.

“I’d seen one with a few guys wearing Liverpool scarves inside and asked the driver if it goes near Anfield, he said ‘no’. But then a lad from inside the bus said that it did and that he would show me where to get off.

“We started talking and he turned out to be one of those lads who witnessed the great years of Liverpool in the late 70s and 80s.

“He was a great guy and we ended up going for a pint afterwards, and he showed me the way to Anfield.

“It was then when I took this photo of the four lads coming out of the pub and making the walk to the ground with Anfield in the background.

“So the story behind the photo is what makes me like it even more.

“Hopefully in the near future I will have more opportunities to come to Anfield and continue to tell the story of the best supporters of the greatest football team.”

The process behind the lens… 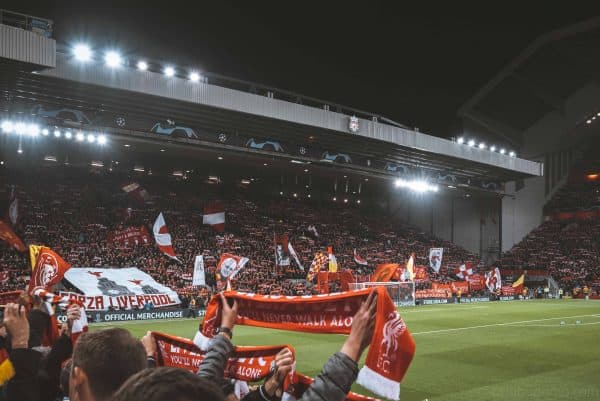 The process behind capturing a specific moment and telling the story is one which varies among photographers, and for Lubo a lot of his work centres around the eye of the supporter and sharing the expression of players while in motion.

“I look for expression and the background—for example fans waving flags and scarves, but the light is also important,” he explained.

“I like to single out the subject while putting it in context. But it does depend on the type of photography I am shooting.

“It is always down to capturing the perfect moment. When you are shooting sports the photos are not staged, so you really need to be focused and think ahead of the action. 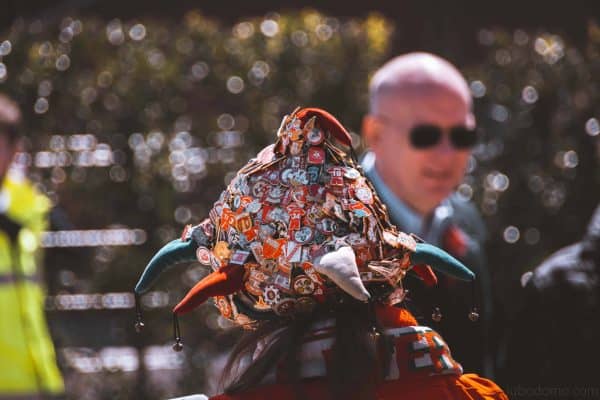 “When I am taking pictures pitch side, I mainly focus on what is going on on the pitch; photographing the players and the action.

“I will typically use long lenses on the field and try to capture portraits of the players while in motion, but I will always try to be creative and do new things.

“Whereas if I want to photograph the crowd while on the pitch a panorama shot would be great to translate how big the crowd was.

“And it also provides an opportunity to zoom in on individual supporters and single out unique scarves and flags.

“And when I am in the stands I like to take photos of the supporters’ perspective: looking towards the pitch, always having the field and the stadium in the background. 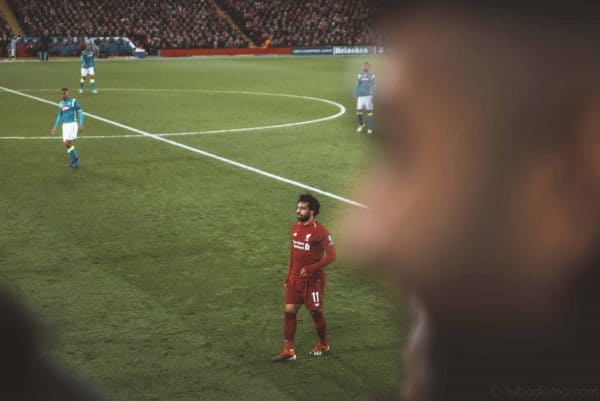 “Even when photographing players from the stands I like to put them in frame between the supporters. It really is the supporters’ eye.

“So, as you can probably tell I always try to tell a story with my pictures and as they say, ‘a picture is worth a thousand words’.” 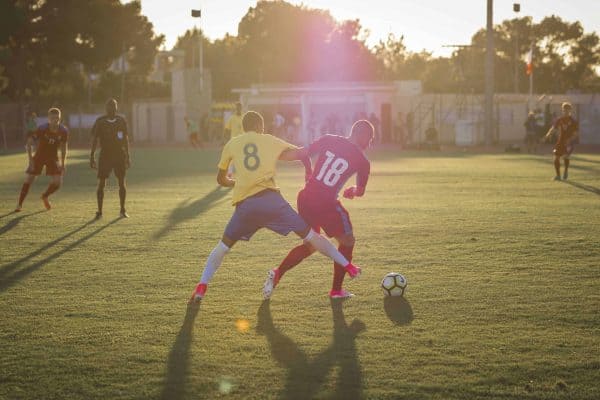 Lubo has officially worked as a freelance photographer for coming up to three years, a move partly ignited when the European Championships descended on France in 2016.

He said: “I’ve been into photography for a long time now but it all really started when the Euro 2016 hit France, I tried to capture the atmosphere around the games I attended.

“I then created an Instagram account and received a very good response online, and that was followed with an online photo essay for an American-based magazine called ‘8by8’.

“And since then I have got more and more involved and have begun working as a freelance photographer.”

Alongside visits to Anfield, Lubo has also made trips to take pictures of Lyon, Marseille, Monaco, PSG, the France national team and even international youth tournaments.

It presents a plethora of opportunities to capture moments and tell a story, and when asked if any picture stands above the rest, outside of Liverpool, two came to mind. 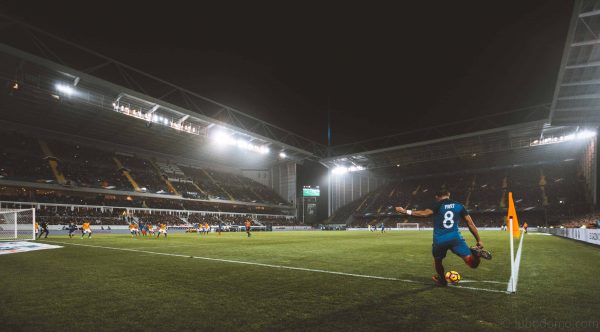 He said: “One would be during the U21 Maurice Revello Tournament (Toulon Tournament) in South of France, where the future stars of world football come to play.

“It was at sunset and I captured two players battling for the ball and I really love the light in that photo.

“But one which really stands out would be that of Dimitri Payet taking a corner for France right after the Euros that year.

“It is special for two reasons: firstly, because it was my first football game that I shot pitch side.

“And secondly, because Payet had an exceptional tournament at the Euros and I used to really enjoy watching him play so when he stepped up to take the corner in front of me I wanted to take him in action, while capturing the whole stadium.”

Thanks again to Lubo; you can check out more of his work on his website and on his Instagram page.