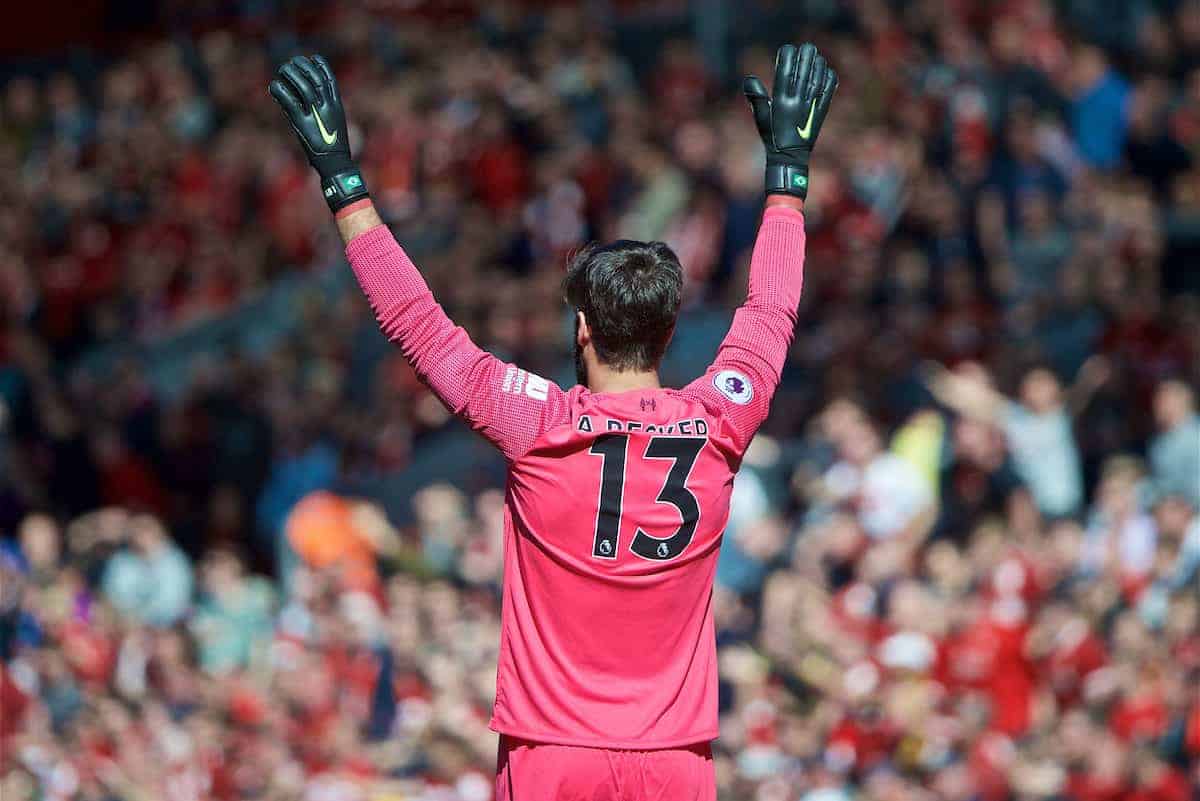 Liverpool players were as “proud” as they were “gutted” after their 2-0 win over Wolves, but the team were quick to cast their eyes to Madrid.

A world of possibilities lay in wait for the Reds ahead of the final day of the Premier League season, and it was one which Jurgen Klopp’s men brought to a close on a winning note.

A Sadio Mane double secured a 2-0 win over Wolves to take Liverpool’s season tally to a club record of 97 points, but results elsewhere meant the Reds had to settle for second place.

The remarkable nature of the campaign was not lost, however, by fans and players alike after the full-time whistle.

For Andy Robertson it was a season which showed how far Liverpool have come, but he was quick to insist to LFCTV that the Reds were not a flash in the pan as he sent out a warning that “we’re not going anywhere” next season. 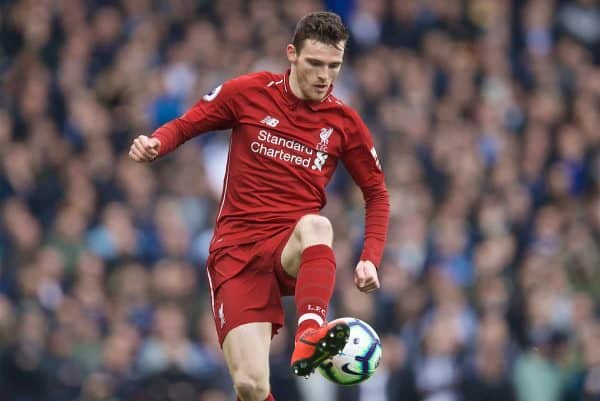 And the left-back was also eager to look ahead to the Champions League final, where the Reds have the opportunity to ensure 2018/19 can be referred to as one “hell of a season”:

“It’s one of them, 97 points—if anyone offered us that at the start of the season I think everyone would’ve took it.

“We’ve come up against an incredible team and for us to get that close, it just shows you how far we’ve come. We’ve come a long way since last season and closed the gap to City.

“The good thing is that City know we’re here now and we’re not going anywhere. This squad will stay together and we need to put everything into next season.

“We’ve not done much wrong, but we’ll learn from it. We’ve still got a massive game coming up and then we can focus on next season.

“We’ve come up against an incredible team, but this team isn’t bad as well.”

“We’re in the final now and we need to take that one step further that we didn’t take last season.

“If we can do it then it’ll be a hell of a season. We know how hard that game against Tottenham is going to be.”

James Milner, meanwhile, conceded that finishing second after collecting 97 points is “tough” to swallow, but he still has his sights on picking up a piece of silverware come the start of June.

And it’s a trophy the midfielder feels his team-mates and the Liverpool faithful deserve having been “unbelievable all year”:

“[It’s] not great [to fall short]. I think it’s one of those, at least we’ve fought to the end and put the wins together.

“But unfortunately, after the Everton game it went out of our hands and from that point we never got our chance back really.

“It’s tough when you win 30 games in a season, and I think if you ask anyone in the stadium if they would’ve taken that at the start of the season they’d probably say ‘yes’.

“It is disappointing, we have to be proud of what we have achieved—but unfortunately it’s just short.

“But, obviously what we did earlier in the week gives us a chance to redeem ourselves and go on and get a piece of silverware because I think everybody deserves a bit.

“I think the team especially, these boys—how they grind out results and what we’ve been through these last two weeks really.

“From Barcelona away and putting on a pretty good performance and losing like we did to go, to go to Newcastle with a quick turnaround and grind out a result—and then obviously do what we did mid-week and then bounce back again today.

“Knowing it was out of our hands to get that result, I’ve not got enough good words to say about the character within the squad, the ability and the mentality.

“And the fans have been unbelievable all year, they’ve lifted us when we needed them and they stuck with us when it’s been tough in games and, like I said, the boys deserve a bit of silverware but the fans do as well.”

Taking to Instagram after the game, Simon Mignolet commended the team for their brilliant season, while Mohamed Salah shared his joy at picking up a second successive Golden Boot:

Gini Wijnaldum and Dejan Lovren were left disappointed that 97 points weren’t enough, but they were full of gratitude for the “incredible” support throughout:

We wanted nothing more than to deliver the long awaited title to this beautiful club and our incredible fans. It hurts so much right now that we couldn’t accomplish it this season. ?We fought as hard as we could and can be proud of the way we played as a team and the amount of points we gained. It’s devastating that we came up just short. ? A massive thank you to my teammates, coaches, staff and all our supporters ???? We will be back and fight as hard as ever for the title next season! But first we have one game left to play in Madrid! ?? #YNWA

What a season it was, your support was incredible, we showed to the whole world that we are unique club. Unfortunately 97 points are not enough to win the PL but trust me this team will never surrender! There is one more final…we go again reds, come on!???? Thank you ???? #ynwa

Similar sentiments were echoed by Trent Alexander-Arnold, Milner and Robertson, who also stressed that it’s now time to “pick ourselves up and look forward to Madrid”:

An amazing season for the team and for me personally but gutted it didn’t end with a title. Thanks for your incredible support. Now to Madrid. ? #YNWA

Thanks for the incredible support this season. We go again in 3 weeks. #inittogether #YNWA

The support we have received this season has been unbelievable, thank you! An incredible season but unfortunately we just fell short! We now have to pick ourselves up and look forward to Madrid, see you all there ??? #YNWA

Despite ending a record-breaking Premier League season without silverware to commemorate it, Liverpool can hold their heads up high.

But as we know, the last chapter of the Reds’ story for the 2018/19 campaign remains unwritten as there is an opportunity to clinch the club’s sixth European Cup against Tottenham on June 1.

Watch out Madrid, Liverpool are on their way.