Jurgen Klopp’s side also suffered defeat in the 2016 Europa League final and former Reds defender Warnock believes these experiences could fire up his old club in Madrid.

Warnock told Press Association Sport: “Liverpool’s experience of having been in three European cup finals in three years will be key because they know what to expect in the build-up to the game and the hype around it, the expectation. I think Liverpool have that advantage.

“I look at Tottenham and think they can beat them, but the biggest fear is getting beaten by them. That is the biggest worry because to get to a Champions League final and then get beaten by another team from the Premier League is a tough pill to swallow.”

Yet while Liverpool’s experience could be important, Warnock says it does not follow that Spurs’ inexperience on such a grand stage will hinder them.

The 37-year-old, who has been working as a pundit for Quest, said: “There is always that pressure that if you lose you’ve lost the Champions League final – you’ve got to swallow that for the rest of your life.

“But they’re quite a youngish squad and they might think they may not have this opportunity again in their careers.

“Reaching the Champions League final is a great achievement and they might think the ‘pressure is off, enjoy the game’.

“That’s the way I think you have to look at it when you are playing in an event like this. You try to put it to the back of your mind and play with a freedom.”

Warnock was at Liverpool when they won the Champions League under Rafael Benitez in 2005, although he was not involved in the final in Istanbul. 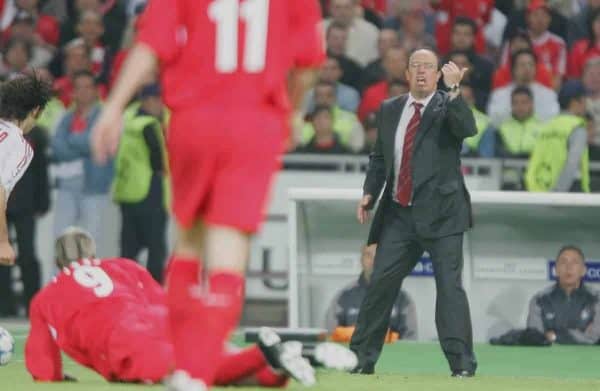 He said: “The difference in this squad and our squad at the time is that they have built momentum over two or three seasons.

“They are real contenders and they have got goals all over the pitch. It’s not that we relied on one player, but if you look at (Steven) Gerrard’s performances, it was often if he played well, Liverpool played well.

“If you look at what the Liverpool team have now, they have just got class all over the pitch and on the bench as well.”