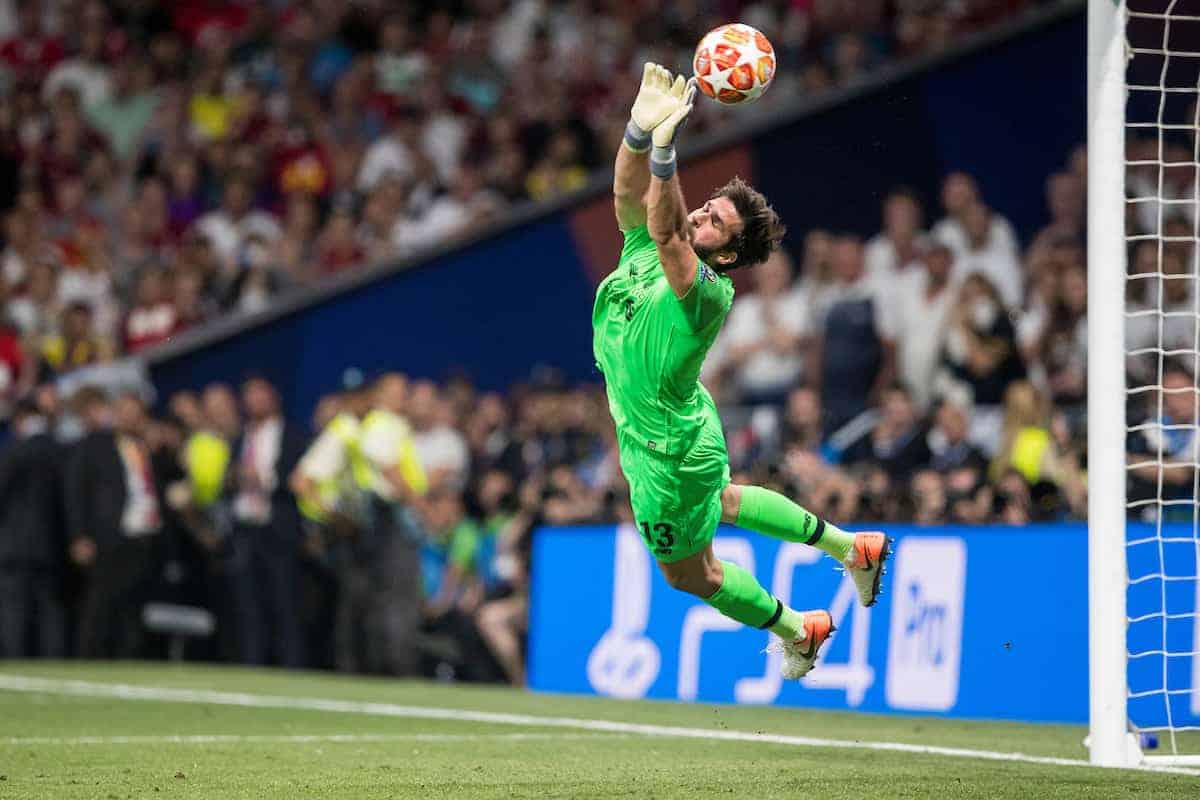 Liverpool’s Champions League-clinching win over Tottenham didn’t see many players shine, but a few individuals stood out on a legendary evening in Madrid.

The Reds sealed European Cup number six in Madrid on Saturday, beating Spurs 2-0 in a match more about pragmatism than anything else.

A tense affair then ensued, before Divock Origi further etched his name into Liverpool folklore with an 87th-minute strike.

It is a remarkable achievement by Klopp and his players, who have instantly become both legends and one of the best Reds teams in history.

Here we compare our player ratings from the game with those from the Liverpool Echo, the Mirror, the Independent, the Guardian, Sky Sports, FotMob and the TIA readers. 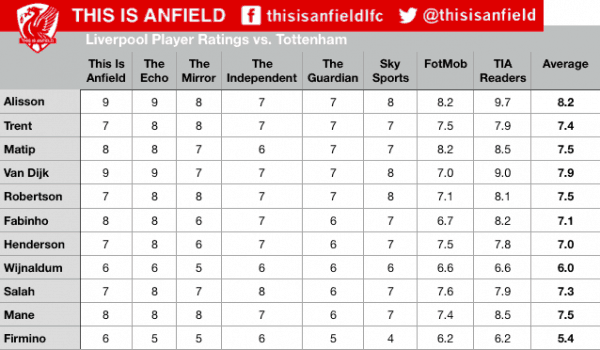 On Liverpool’s biggest night since Istanbul, it was Alisson (8.2) who was their star man, earning the highest average rating on a baking hot evening.

After the nightmare that Loris Karius experienced last season in Kyiv, the Brazilian produced a goalkeeping masterclass this time around, making big saves and showcasing his world class distribution.

This is Anfield’s Henry Jackson hailed Alisson as “the best goalkeeper in the world” – it’s hard to argue otherwise – and John Cross of the Mirror spoke about the upgrade Liverpool have made between the sticks.

Virgil van Dijk (7.9) earned the official Man of the Match award and he completed an imperious season with another immaculate showing. 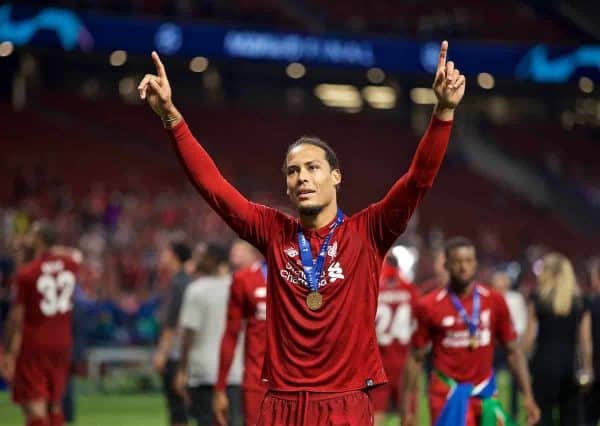 The Echo‘s Ian Doyle felt the centre-back “comprehensively won his battle” with Harry Kane, who was powerless up against him.

Meanwhile, Sid Lowe of the Guardian lauded Van Dijk’s “superb response” to Son Heung-min getting in on goal in the second half, with the Dutchman showing great pace to make a vital interception.

Jackson outlined the “huge contribution” Matip made for Origi’s all-important goal, laying on an unlikely assist for the Belgian.

Cross correctly declared that there “cannot be many better left backs” than Robertson – would you swap him for anyone in the world currently? – and also described Mane as Liverpool’s “most dangerous forward”.

If there was one player who really struggled on an energy-sapping evening it was Roberto Firmino (5.4), who looked well of the pace after injury.

The Reds’ number nine was comfortably his side’s lowest-rated player in Spain, with Doyle saying starting him was “a gamble that didn’t pay off” by Klopp.

Firmino’s work-rate could never be questioned, however, and he gave his all on a truly special occasion—the most significant night in the Reds’ recent history.