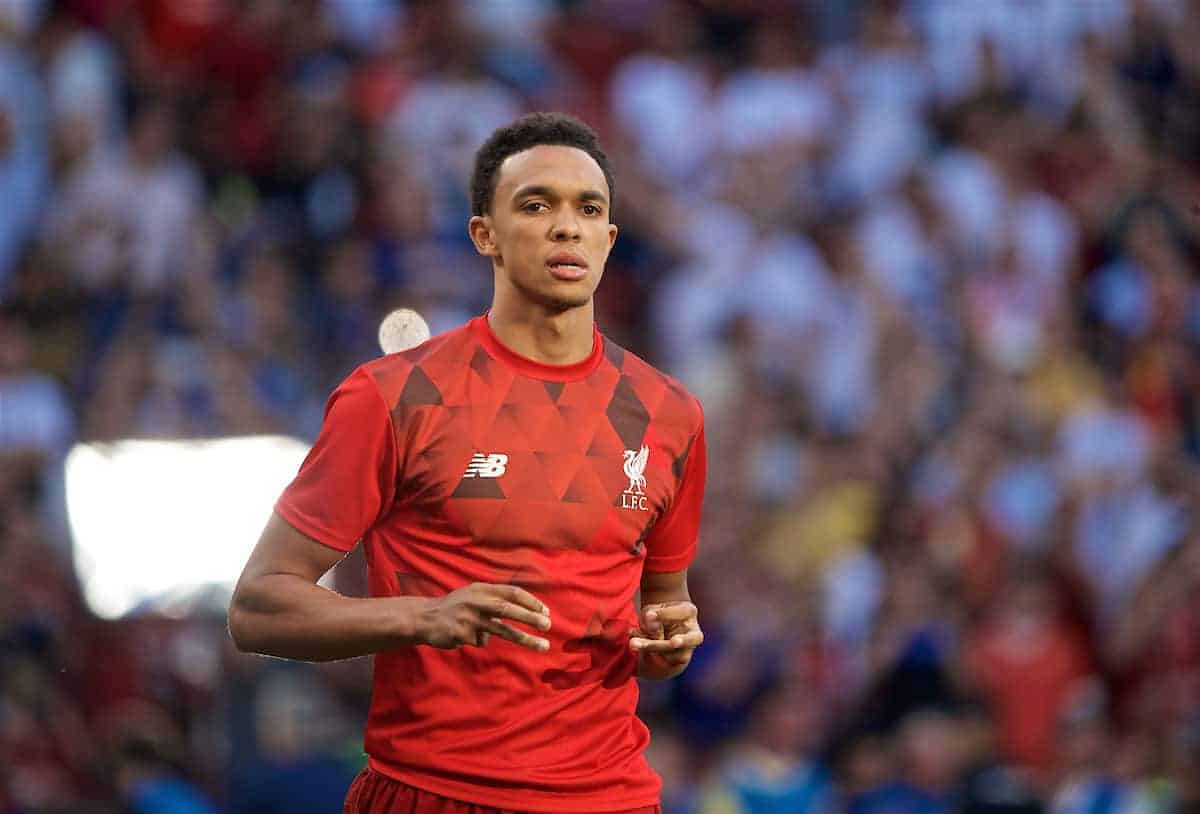 Roberto Firmino leads the line for Liverpool against Tottenham tonight, as the two English sides contest the Champions League final in Madrid.

The Reds arrive at the Wanda Metropolitano this evening looking for their third victory over Spurs this season, and their first in the final of the European Cup since 2005.

After two failed attempts in 2007 and 2018, this arguably presents the club’s best chance of taking home the trophy, though it won’t be an easy evening.

With a three-week break behind them, Liverpool headed to Spain with a near fully fit squad, and Jurgen Klopp has been able to name a very strong side.

Alisson starts in goal, behind a back four of Trent Alexander-Arnold, Joel Matip, Virgil van Dijk and Andy Robertson.

Alexander-Arnold becomes the youngest-ever player to start in back-to-back Champions League finals, while Robertson could well be the first to do so after moving from Hull.

In midfield, Fabinho is set to take up the No. 6 role, joined by Jordan Henderson and Gini Wijnaldum.

And with Firmino back after four games out with a groin injury, he takes up duties at the tip of Klopp’s attack, flanked by Mohamed Salah and Sadio Mane.

Both sides are able to name 12 players on their bench, with Klopp including the likes of James Milner, Xherdan Shaqiri, Alex Oxlade-Chamberlain and youngsters Caoimhin Kelleher and Rhian Brewster.

Harry Kane starts for Spurs despite missing the last nine games with an ankle ligament injury.