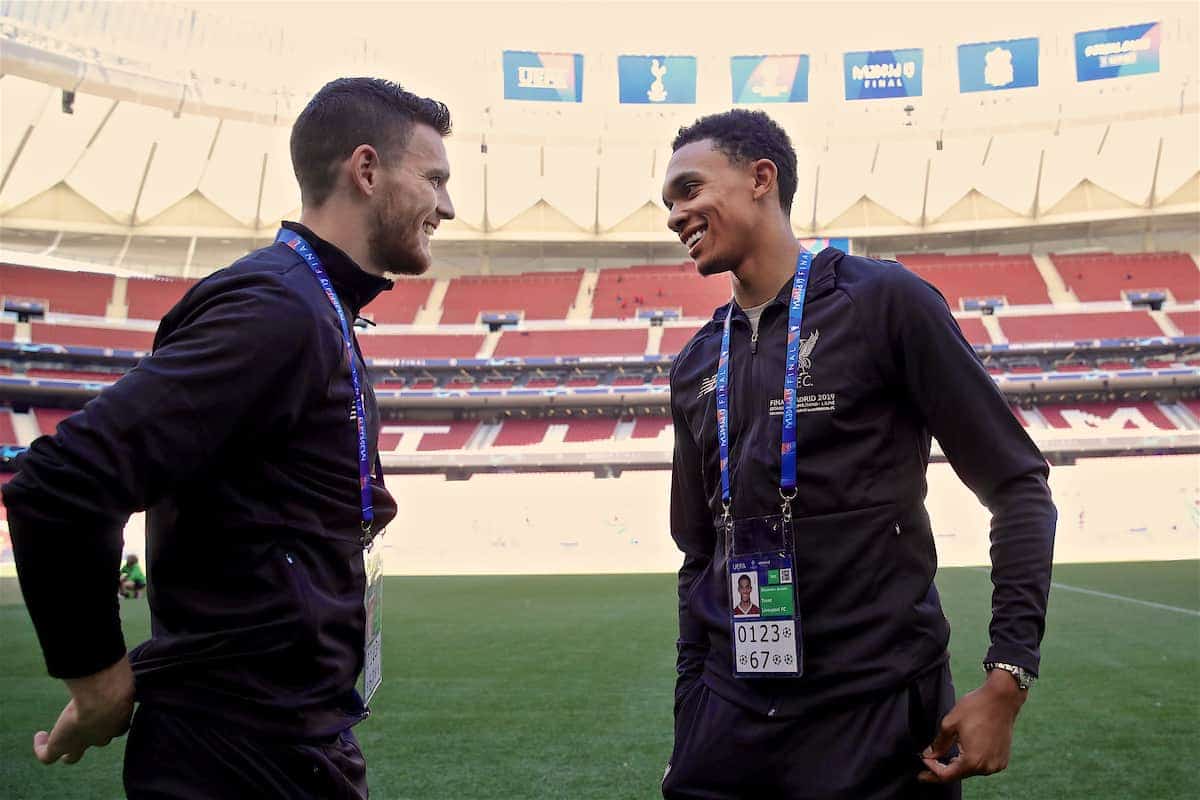 Liverpool defenders Andy Robertson and Trent Alexander-Arnold have brushed off concerns the Madrid heat will be detrimental to the Champions League final.

Temperatures in the Spanish capital are set to peak at 31 Celsius, and look set to be at 30 when the match kicks off at 9pm local time.

Tottenham have been in Madrid since Wednesday, which will have helped their acclimatisation, and while Jurgen Klopp’s side only arrived on Friday afternoon, they spent last week at a training camp in Marbella.

“It’s the same for both teams. We both need to deal with the weather,” said Scotland captain Robertson.

“We are both from England so we are used to cooler temperatures. Once the game gets started both have to deal with the same situation.

“We have prepared for it. We’ve obviously just landed and we know how hot it is, but it’s something we’ve played in before. We know it will be hot but we cannot change it.”

Alexander-Arnold insists the heat is something they must deal with.

“The sign of a good side is being able to adapt to different circumstances and situations during games,” said the England international.

“The heat will cause problems for most teams. We know it’s going to be hot. We’ve got to be prepared and ready for it.”

Met Office forecaster Emma Smith, a Liverpool fan from Merseyside, had a warning for the thousands of fans—with estimates of up to 100,000—descending on Madrid.

“People will need their factor-50 over the next few days,” she said.

“It’s going to be warming up in the UK but it will be even warmer in Spain this weekend.”