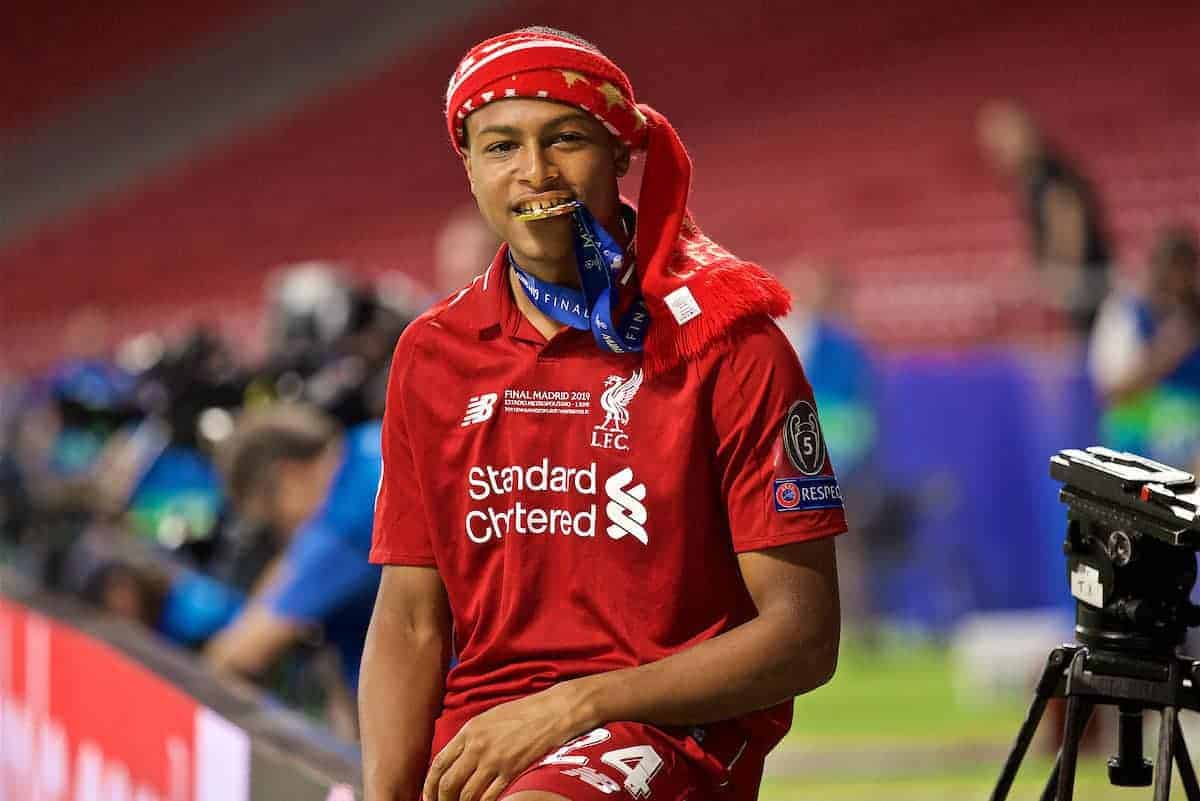 Rhian Brewster and two ex-Liverpool youngsters won silverware on Saturday, as they took part in a 7-a-side tournament in support of the CALM charity.

The second annual FC Not Alone x CALM World Cup tournament was held at Market Road in Islington, London at the weekend, with a host of familiar faces in tow.

Founded by Ian McKenzie and Matthew Legg of FC Not Alone in 2018, the cup was set up to raise awareness for mental health and, particularly for men, change the culture for talking about issues and seeking help.

They were joined by the charity CALM (Campaign Against Living Miserably), who specifically campaign against male suicide.

Suicide is the most common cause of death for men aged between 20 and 49 in England and Wales, according to the Mental Health Foundation, and speaking to Squawka, Legg explained FC Not Alone’s approach.

“[FC Not Alone] creates a platform in which people who are struggling can come down to a safe space, and just play football and not have to explain themselves to anybody, but know that everyone is with them in the struggle they’re going through,” Legg said.

On Saturday, a host of 7-a-side teams headed to Market Road to take part in the tournament, including one featuring Brewster, Kevin Stewart and Lawrence Vigouroux.

London-born goalkeeper Vigouroux left Liverpool after two years in the academy to join Swindon Town in 2016, and has regularly been called up to the Chile national team.

Meanwhile Stewart, who grew up in Enfield, north London, is now a first-team regular for Hull City, after effectively swapping clubs with Andy Robertson in 2017.

84 men a week are taking their own life, these lads are making a difference – donate here: https://t.co/YRBM7m4j9B pic.twitter.com/l8s3GdfBx0

Naturally, the outcome of the tournament is not important, but as expected the three professionals ended up on the winning side.

Both Brewster and Vigouroux took to Twitter to show further support, with the Reds youngster emphasising that “#MentalHealthMatters”:

At just 19, Brewster is already showing remarkable maturity, with his support for FC Not Alone, CALM and mental health awareness following his own campaign against racism in football.

In 2017, the teenager spoke to the Guardian in an unprompted interview to discuss his experiences with racism in football and how it impacts him mentally.

“On the day it happens, that night my head won’t be there. I just want to be left alone,” he said.

“I want to be by myself and left to think. The next day I’ll still be thinking about it.”

He added: “I don’t think UEFA take this thing seriously. They don’t really care. That is how it feels anyway, like it has been brushed under the carpet.”

Klopp has continually praised Brewster for his efforts on and off the pitch, and his exceptional talent is set to be rewarded next season with a role in the Liverpool first team.

* Click here to find out more about CALM and FC Not Alone.