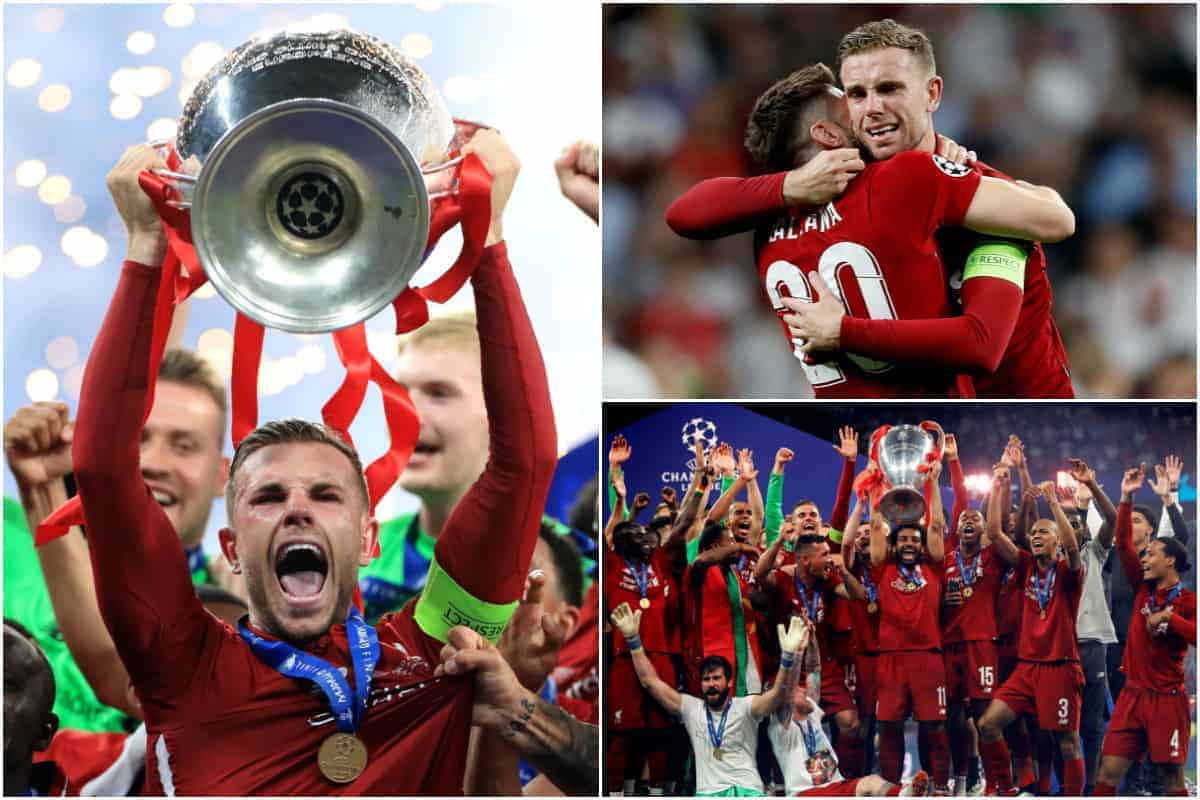 The Reds faced one of the biggest evenings in their rich and illustrious history, in an all-English final at the Wanda Metropolitano Stadium in Madrid.

After a stunning season that saw 97 points accumulated in the Premier League but falling short to Man City, going trophyless would have been a travesty.

The stage was set before kickoff, with 90 minutes separating Liverpool and getting their hands on the most famous trophy in club football. 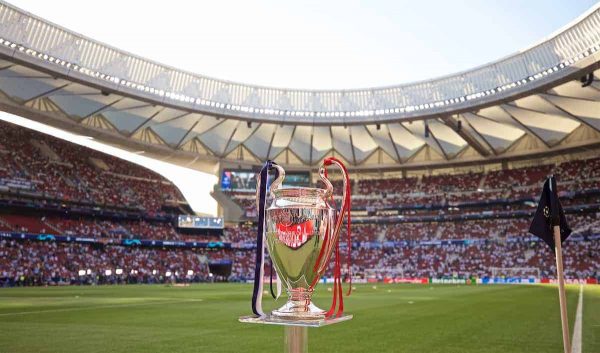 The Reds supporters were in fantastic voice in Madrid, while the eleven heroes took to the field hoping to deliver Klopp’s first piece of silverware at Anfield. 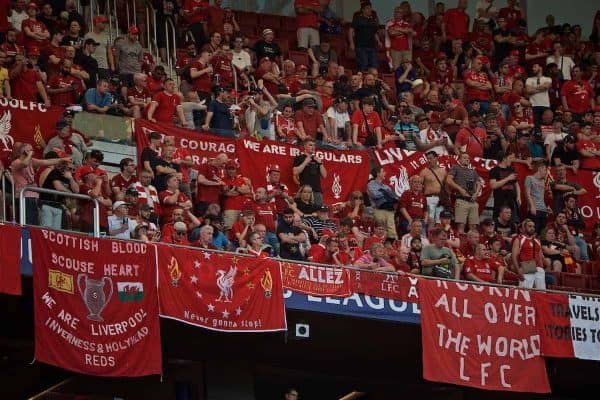 The match wasn’t even a minute old when Liverpool were awarded a penalty, after Moussa Sissoko was adjudged to have handballed inside the penalty area. 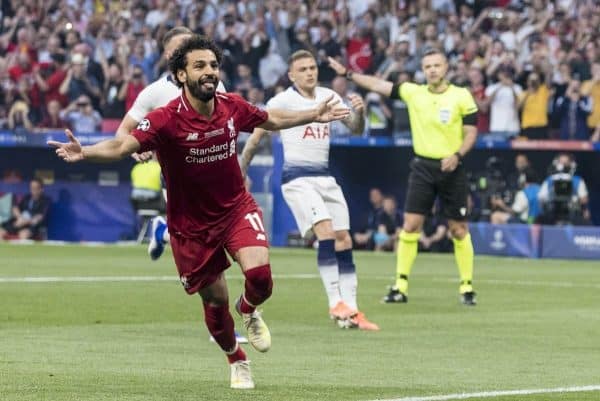 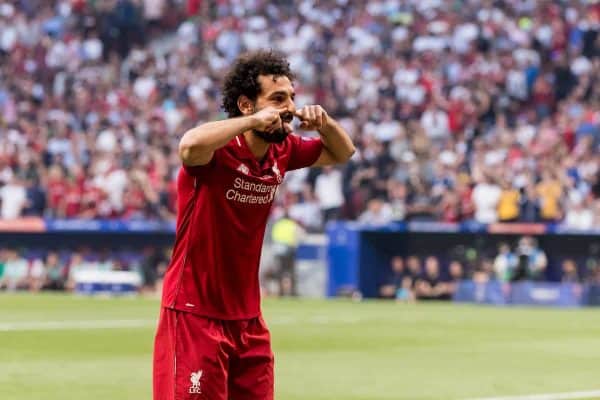 In truth, the match was a poor affair, with the heat playing a huge part in a low-tempo game and few moments of quality on show.

It was left to Divock Origi to score the clinching strike, finishing superbly late in the day to cement his place as a true cult hero.

More celebrations ensued, with the players aware that victory was all but in their sights.

After the final whistle, it was left to Jordan Henderson to join Emlyn Hughes, Phil Thompson, Graeme Souness and Steven Gerrard in hoisting the European Cup aloft as Liverpool captain. 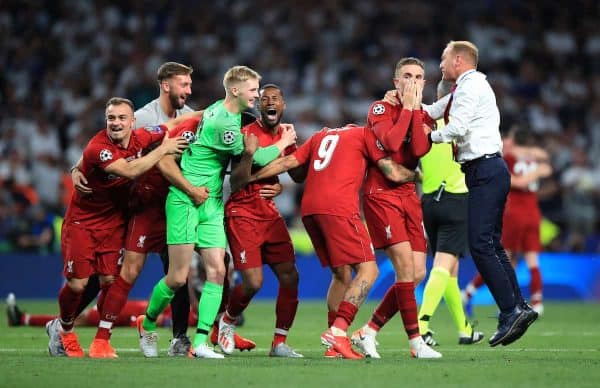 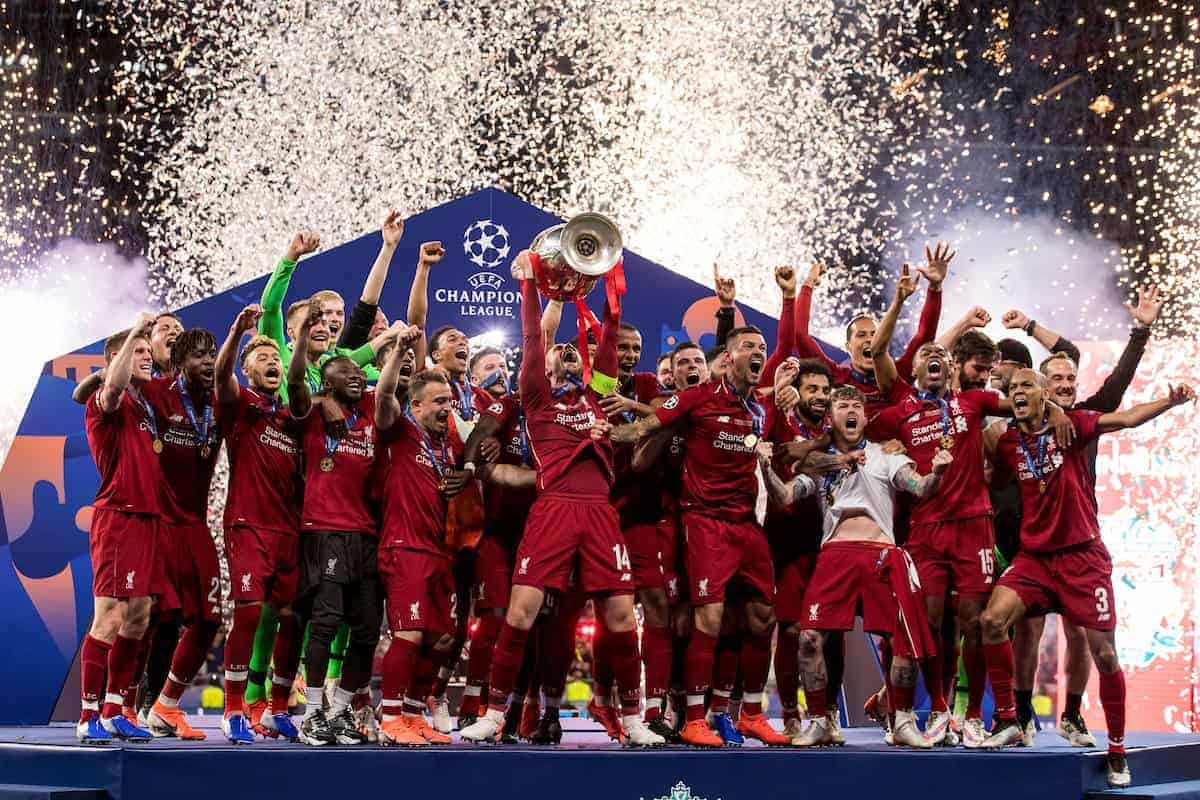 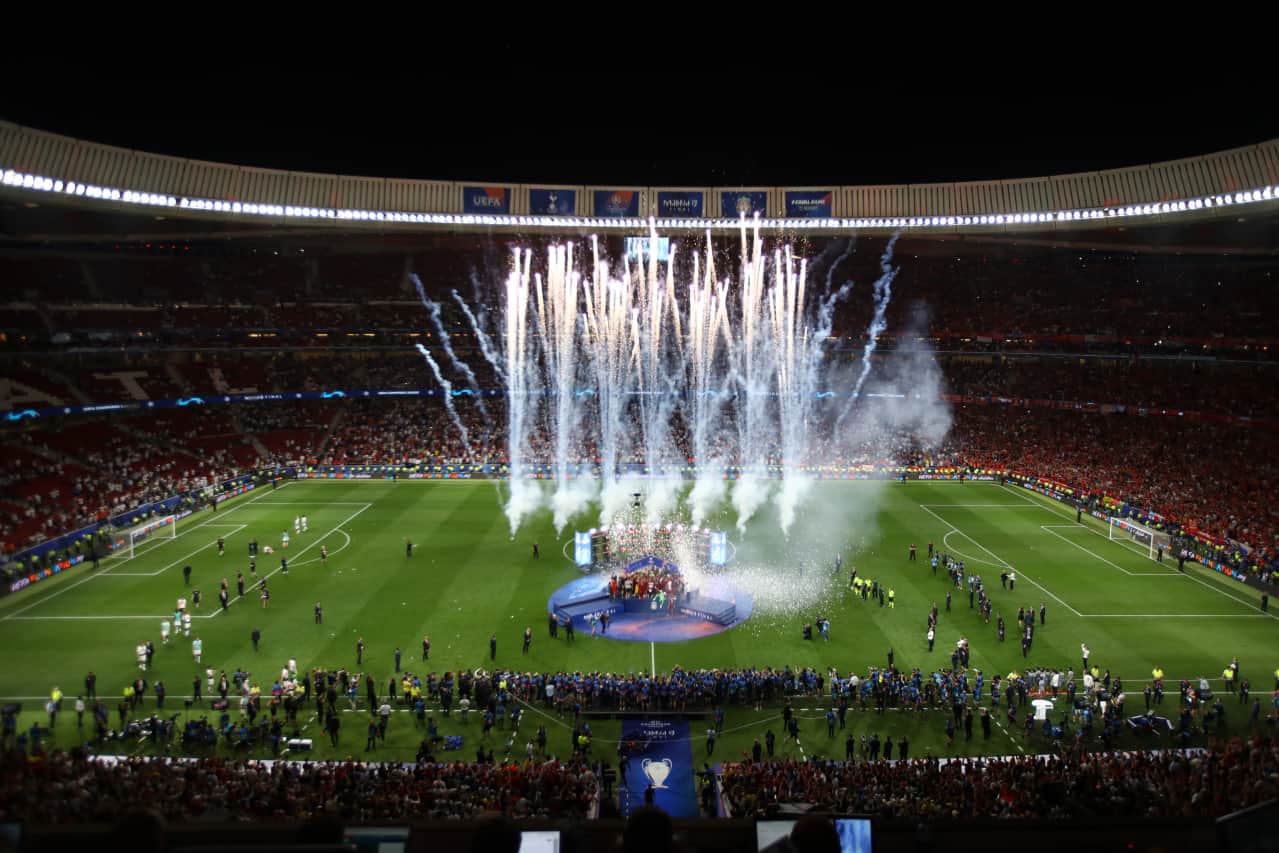 It’s time for more celebrations, including a bus parade in Liverpool on Sunday, then a breather over the summer to appreciate the year we’ve just witnessed!