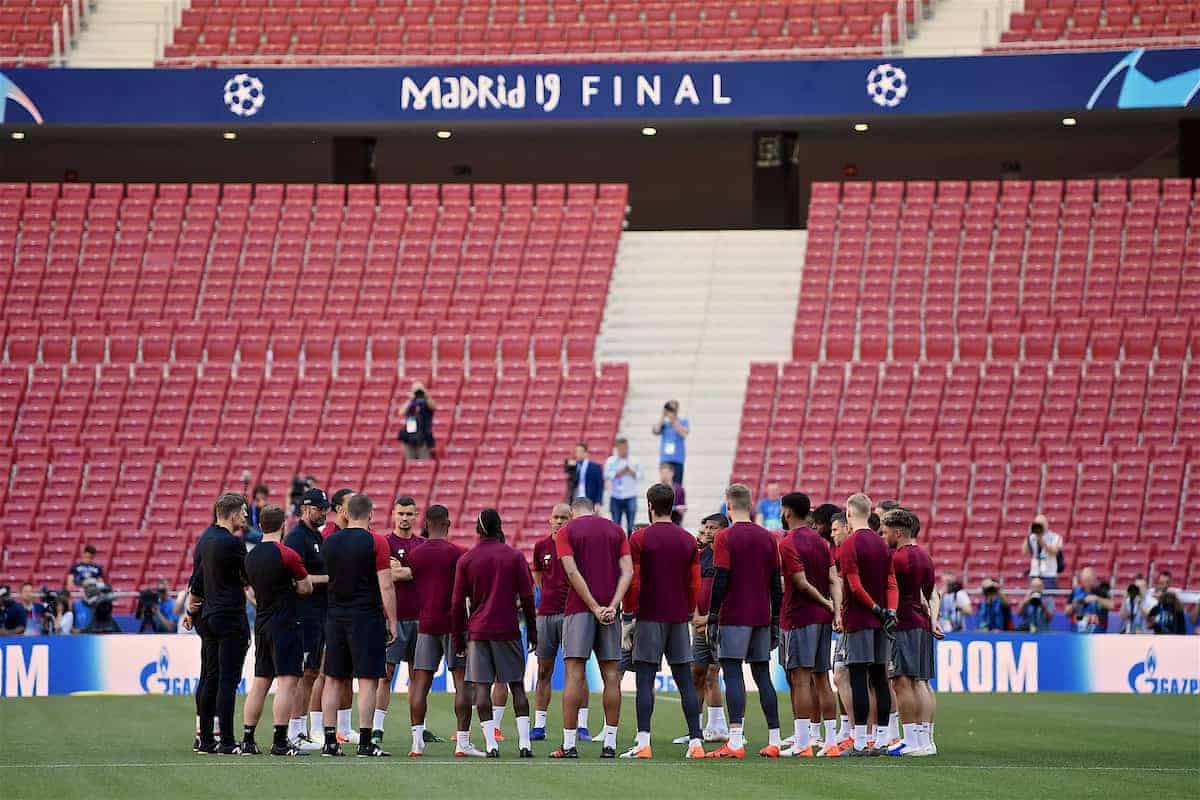 With estimates claiming 100,000 fans have descended on Madrid for the all-Premier League clash between Liverpool and Tottenham the quest to get tickets—both clubs got less than 17,000 each—has become almost impossible.

UEFA issued a warning about fake tickets circulating on the black market and police have stepped up their clampdown on what is an organised attempt to defraud supporters or—at worst—steal their authentic tickets.

Rumours swept the city that 4,000 official tickets would be released on Saturday morning but this has been dismissed by UEFA.

“This makes us believe that an organised group of people, impersonating genuine stewards or officials might try to act as if they were conducting the visual or technical ticket check, with the aim of stealing tickets during such controls.

“Supporters should therefore make sure they only show their tickets at the clearly marked check zones and not to individuals or small groups of people who could be wearing fake bibs and might approach them on the way to the stadium, outside of the official check zones.”

Thiago dishes out another “masterclass” with Liverpool in “unstoppable” form