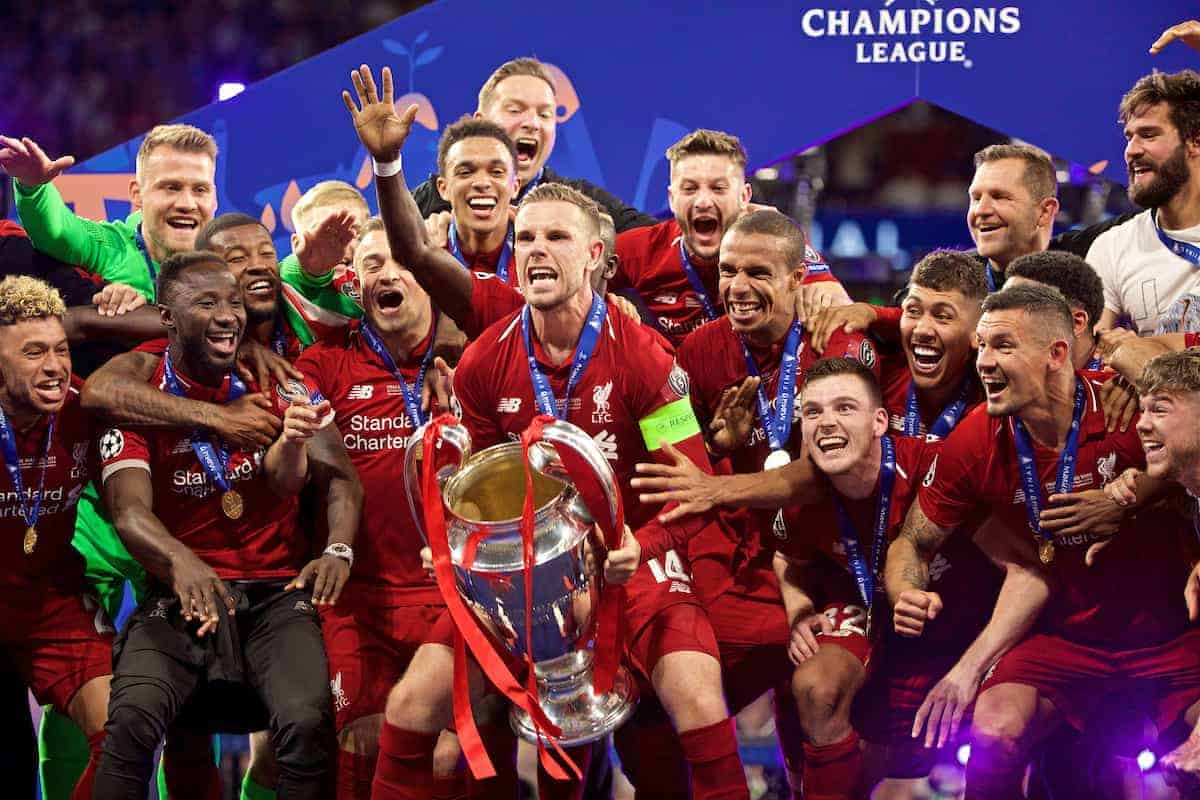 Liverpool secured their sixth European Cup with a comfortable 2-0 win over Tottenham, with Jordan Henderson left to lift the trophy as captain.

The Reds played out a 2-0 victory in strange circumstances as the intense heat of Madrid clearly had an impact on the tempo of the game.

A very, very early goal for Mohamed Salah, after a handball in the box from Moussa Sissoko, allowed Liverpool to sit back and hold their lead, too, which led to a quiet first half.

It burst in action after the break, with both sides enjoying some promising openings and Alisson making some strong saves, but neither could find the back of the net.

Ultimately, it came to a familiar hero for the campaign, Divock Origi, to fire the Reds’ second after 87 minutes, with the Belgian guaranteeing the trophy.

Jurgen Klopp steamed onto the pitch at the final whistle, as the travelling Kop erupted and the Liverpool squad fell into each other’s arms. 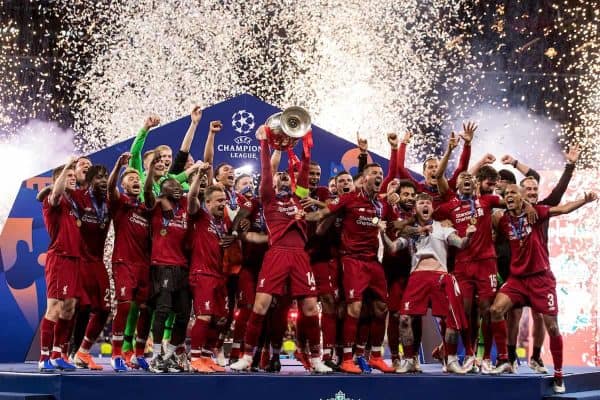 It was a fine end to the season for Henderson, oft-derided for his role as captain, as he led the squad onto the podium in the middle of the pitch at the Wanda Metropolitano.

Every player had their opportunity to lift the cup, which was last held aloft by a Red back in 2005 in Istanbul.

What a campaign. After falling just short in the Premier League despite recording a 97-point tally, Liverpool are champions of Europe for the sixth time.