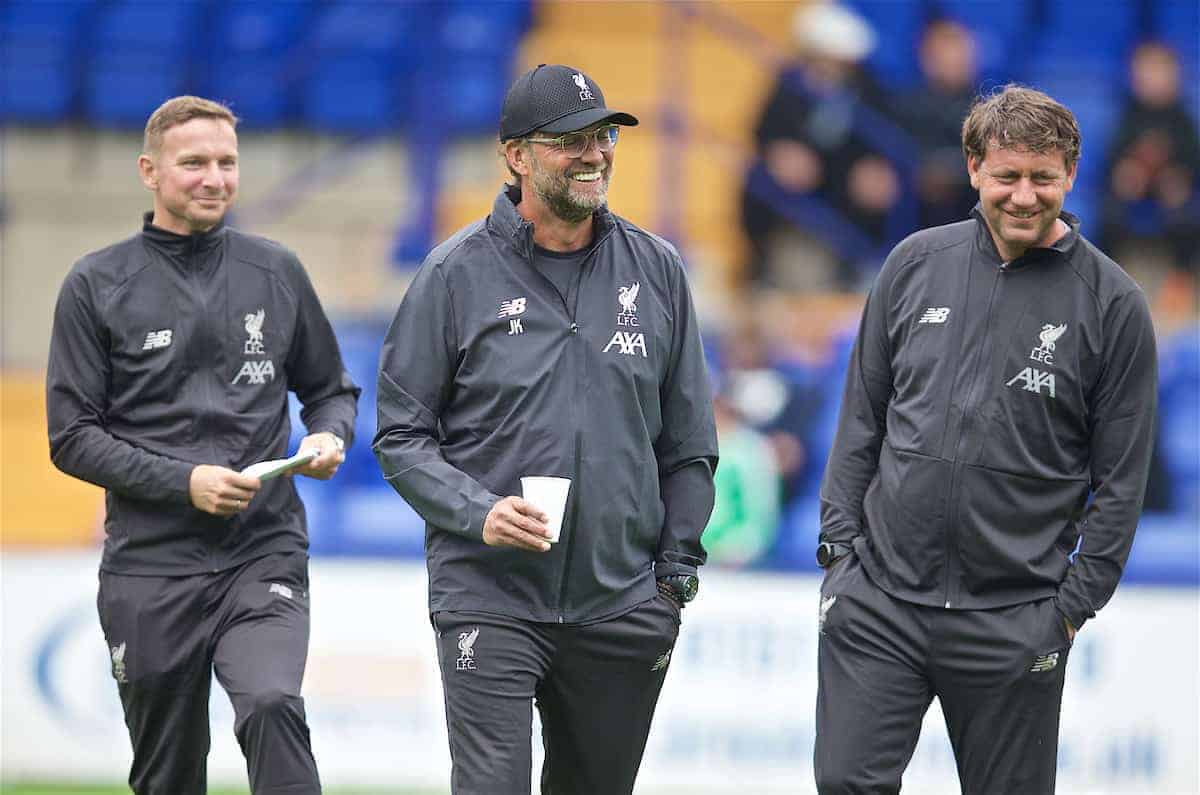 Liverpool are among a host of top clubs linked with CSKA Moscow striker Fedor Chalov, as Jurgen Klopp weighs up his options in attack heading into 2019/20.

Klopp is currently running the rule over a host of youngsters in pre-season as he plans without Daniel Sturridge, following the 29-year-old’s departure this summer.

Rhian Brewster is expected to move into Sturridge’s role to support Roberto Firmino and Divock Origi, but the likes of Bobby Duncan, Paul Glatzel and Liam Millar have all been involved so far.

Glatzel is facing another serious injury in his short career, though, but Klopp has pledged that “he will be one of my boys” on his return.

However, it can certainly be argued that Liverpool are short of a versatile, proven goalscorer as they aim to build on their European Cup-winning campaign, and Chalov is the latest candidate to emerge.

Chalov scored 17 goals in 37 games last season in all competitions, also laying on seven assists, with one of his strikes coming in a 3-0 win over Real Madrid in the Champions League in December.

He is described as “an attacker who can score and make goals with his eye for a pass, smart decoy runs and awareness of space.”

However, it is noted that Chalov signed a new long-term contract with CSKA in January, which ties him to the club until 2022 and may explain his valuation of £20 million.

But that could be considered a relatively low fee for a player of his age and numbers in front of goal, particularly if he arrives as competition, rather than first choice.

Few of the clubs touted could offer Chalov a leading role, and particularly Liverpool given not only the importance of Firmino as the No. 9, but also that of Mohamed Salah and Sadio Mane on the flanks.

Bates claims he “is looking for game time—not a bit part role,” which could make it difficult to convince the two-cap Russia international to move to Anfield.

But the lure of joining Klopp’s squad is clearly increased since they lifted a sixth European Cup, and this could work in the Reds’ favour if interest is genuine.

The report should still be questioned, however, as should any rumour emerging on a Sunday morning, but with Chalov’s name coming largely out of the blue, it may be one worth keeping an eye on.