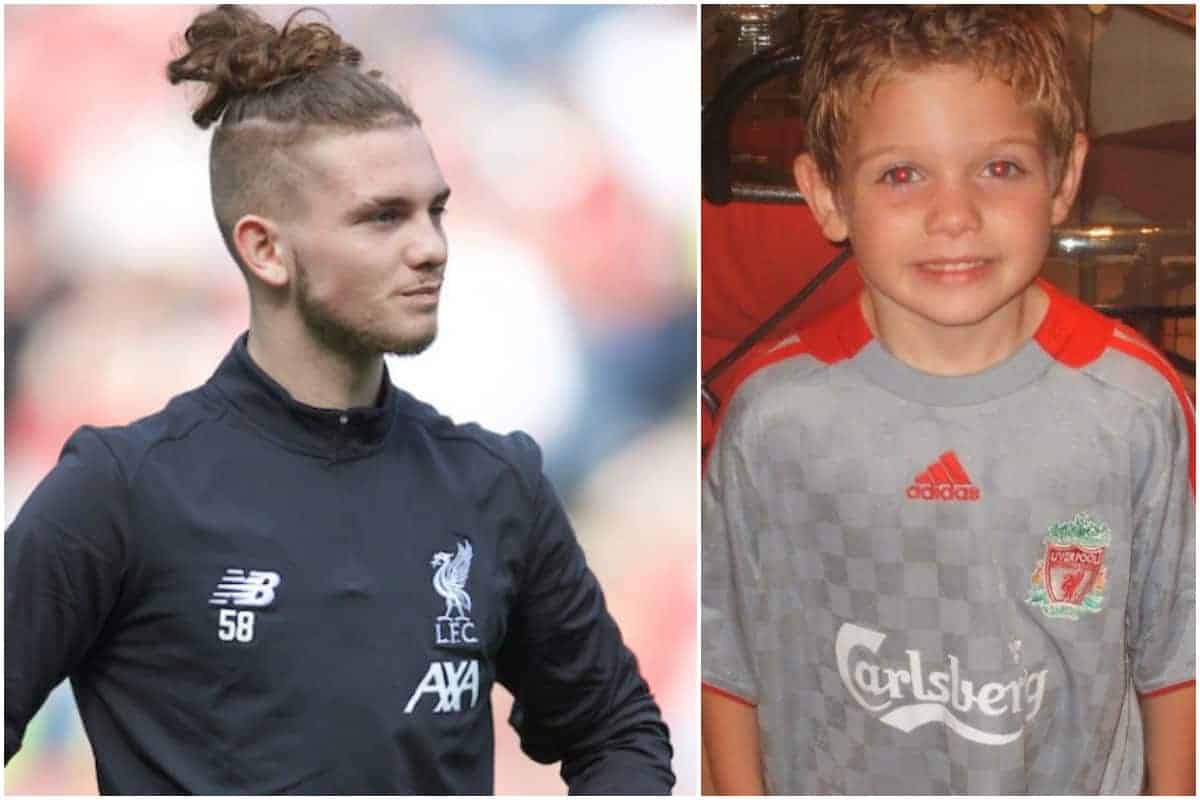 Harvey Elliott has only been at the club a day or two, but his association with Liverpool has been years in the making.

The 16-year-old winger signed officially on Sunday from Fulham and made his debut for the Reds that afternoon.

It was only a short cameo appearance, but fans got a glimpse at his talents as he played from the right of the attack against Napoli.

The teenager posted on Instagram after the match saying it was a “dream come true” to represent the Reds, the team he has supported all his life—and on Monday he went one further.

The simple caption, “born a red”, shows Elliott is doing what millions of fans wish they got the opportunity to do: transform their childhood dreams into reality.

It’s often said that Academy graduates, such as Steven Gerrard or Trent Alexander-Arnold, know how much it means to fans to win games and trophies—but the same can be said of supporters from all over the world, so could now apply to Harvey Elliott.

He has a way to go to reach the levels of the aforementioned duo of course, but his chance to impress is here.

From wearing the top at home to doing so, soon enough, at Anfield: born a Red and soon to be a pro for the same team.