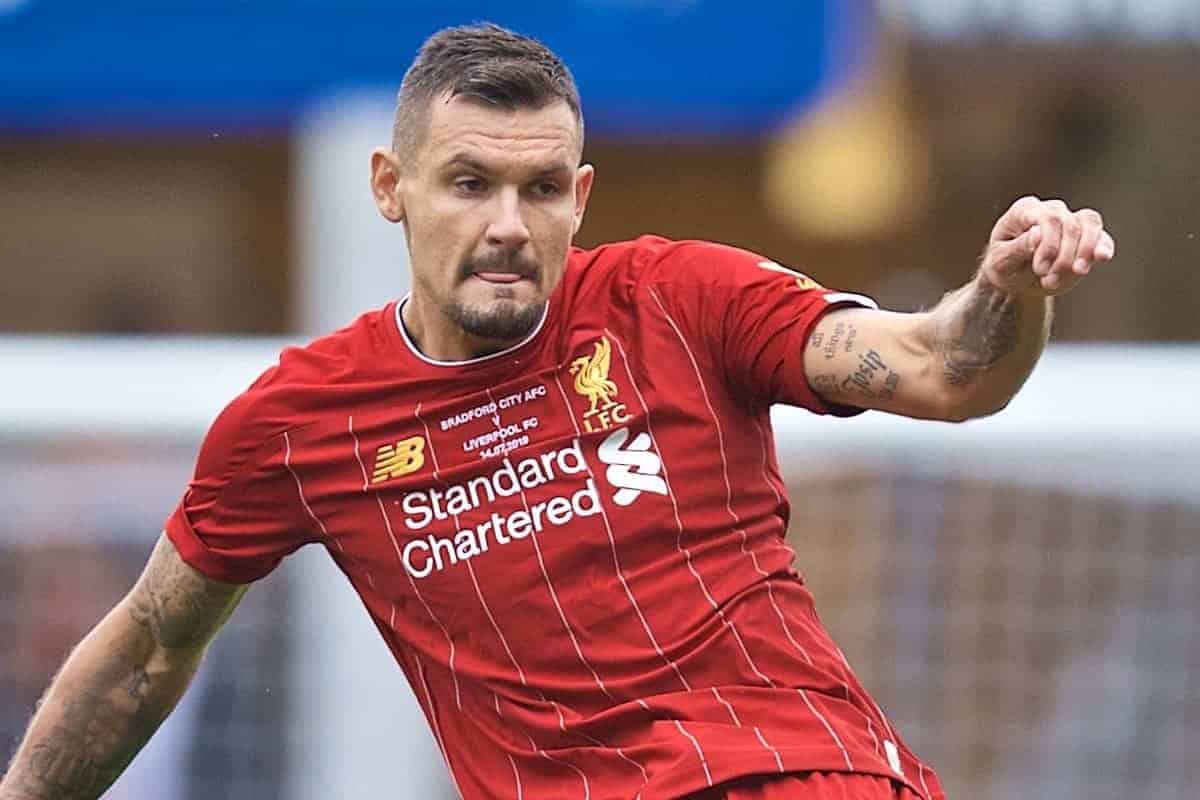 Dejan Lovren‘s proposed move to AC Milan could be edging closer, following another meeting between the Serie A club and the Liverpool centre-back’s agent.

Milan’s interest in Lovren emerged in mid-June, with the Reds valuing their No. 6 at around £25 million; a reasonable price tag which suggests they would be willing to sell.

But while this fee has deterred Milan to an extent, a failure to sign other targets such as Kostas Manolas and Ozan Kabak has maintained their pursuit of the 30-year-old.

Talks were held with Predrag Mijatovic, an intermediary working for Lovren’s agent Vlado Lemic, on July 1, with the player considering his options.

He has since returned for pre-season training with Liverpool, and played the first half of Sunday’s 3-1 win over Bradford, but that has not stopped speculation over his future.

In fact, Lemic himself visited Casa Milan on Tuesday, with Milan News reporting that a meeting was held for “about an hour” and “there was talk of the possibility of the Croatian defender leaving Liverpool.”

One of those comes with Lovren’s wages, as he earns around £100,000 a week at Liverpool with two years left on his deal, but a four-year deal worth around £58,000 a week is mooted to cover that. 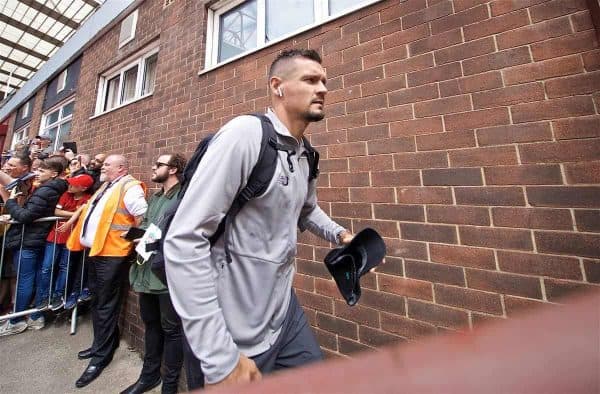 And, of course, the Reds’ valuation is an ongoing sticking point, but they are unlikely to waver from this as there is no need to.

It can be argued that Lovren is expendable, particularly following the arrival of Sepp van den Berg, but he is clearly a valued member of the squad.

Van den Berg is yet to even feature this pre-season due to issues with his international clearance, but has been named alongside Lovren in Jurgen Klopp‘s 28-man group for the US tour.

There is precedent for players leaving a pre-season tour to finalise a transfer, but there is no suggestion Lovren could do so at this stage.

But that there are ongoing talks between Milan and his agent could indicate that a deal is still in the works.