Liverpool lost 3-0 against Napoli at Murrayfield on Sunday afternoon, in what was the Reds’ worst performance of the summer. 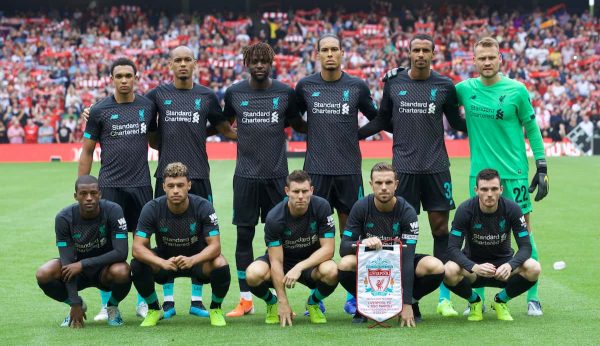 Following a slightly disappointing three-game winless run in the United States, the Reds were looking to return to top form in Edinburgh.

Jurgen Klopp named the same side that drew 2-2 with Sporting CP, perhaps hinting that it will be his starting XI in next Sunday’s Community Shield meeting with Man City.

Alex Oxlade-Chamberlain and Gini Wijnaldum were again used in a front three, starting either side of Divock Origi.

It didn’t produce the positive response expected, though, as the Reds were soundly beaten.

Origi almost poached an early opener for Liverpool, but his close-range flick was guided wide.

Simon Mignolet, still filling in for the absent Alisson, made a couple of saves, as Napoli threatened in the maiden exchanges.

The Serie A outfit opened the scoring in style, as Lorenzo Insigne bent a strike into the bottom corner, following a superb pass by Dries Mertens.

Everything about the Reds’ performance had been flat, from defensive frailties to a lack of zest in attack, and a disallowed Wijnaldum effort was about all they could muster in the first half.

An unhappy Klopp made no changes at the interval and Liverpool were fast out of the traps, with Fabinho hitting the target.

Despite this, the Reds found themselves 3-0 down when Insigne again made the most of acres of space, before his shot was saved and Amin Younes was on-hand to tap home.

Every outfield player was changed in the second half, which saw 16-year-old Harvey Elliott make a lively debut, having only signed on Sunday morning.

The display only improved slightly, in truth, and the match petered out into one of the more forgettable pre-season friendlies in recent memory.

It’s not an afternoon Klopp and his players will look back at fondly and the hope will be that this sparks a reaction in the final friendly, ahead of the start of competitive action.