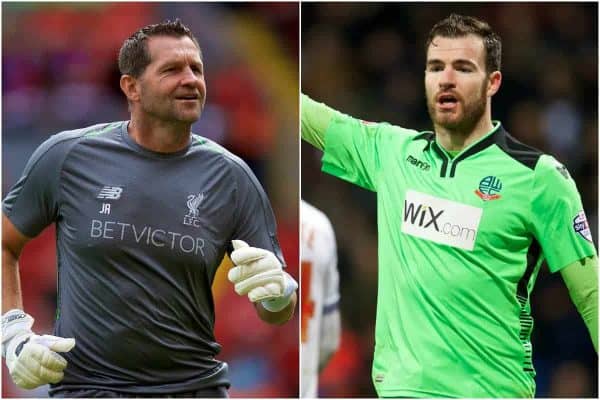 Liverpool have confirmed free agent Andy Lonergan will join the squad for their pre-season tour of the United States, as “he helps us and we help him.”

The club’s plan to bring Lonergan in for the US tour, and the upcoming training camp in Evian, surprised fans on Monday.

A 35-year-old who last played for Rochdale on loan and was released by Middlesbrough this summer, the stopper is not exactly the signing many are hoping for as the transfer window nears its final three weeks.

But Lonergan is not set for a permanent contract with the Reds, instead providing cover in training in the absence of Alisson, Caoimhin Kelleher, Kamil Grabara and Vitezslav Jaros.

Liverpool’s first-team goalkeeping coach John Achterberg explained this on Tuesday, though there was a little ambiguity as he said “we’ll see how it goes from there.”

“We do this because obviously we are really light in the goalkeeping area,” the Dutchman said.

“Ali is on holiday, Kamil is going out on loan to Huddersfield, Caoimhin has an injury, so that leaves us only with Si really and one young boy, Dan Atherton.

“We need some cover in training so we thought we’d bring someone in who can help us [so we] don’t overload the goalkeepers in training.

“Basically we’re bringing him in for training and we can try to help him get fit and we’ll see how it goes from there. It’s like he helps us and we help him to get fit.”

Achterberg added that it is “always good” for young goalkeepers to feed off experience, with 19-year-old Atherton joined by 16-year-old Jakub Ojrzynski in the travelling squad.

This could be as much imparting the wisdom of patience, with Lonergan having been an unused substitute 257 times throughout his 19-year club career.

For the most part, the ex-Preston, Bolton, Leeds, Fulham and Wolves ‘keeper will provide an extra body in training, allowing Achterberg and his assistant Jack Robinson to focus on coaching.

And for Lonergan, it provides him with the chance to boost his fitness and, possibly, increase attention as he seeks to find a new club for 2019/20.

“We just hope that he can help us over the next few weeks and we can help him to try to get to a reasonable fitness level and then we’ll take it from there,” Achterberg continued.

The assertion that Liverpool would “take it from there” is an intriguing one, but it is highly unlikely Lonergan will be brought in on a full-time basis—though perhaps it depends on Kelleher’s recovery.