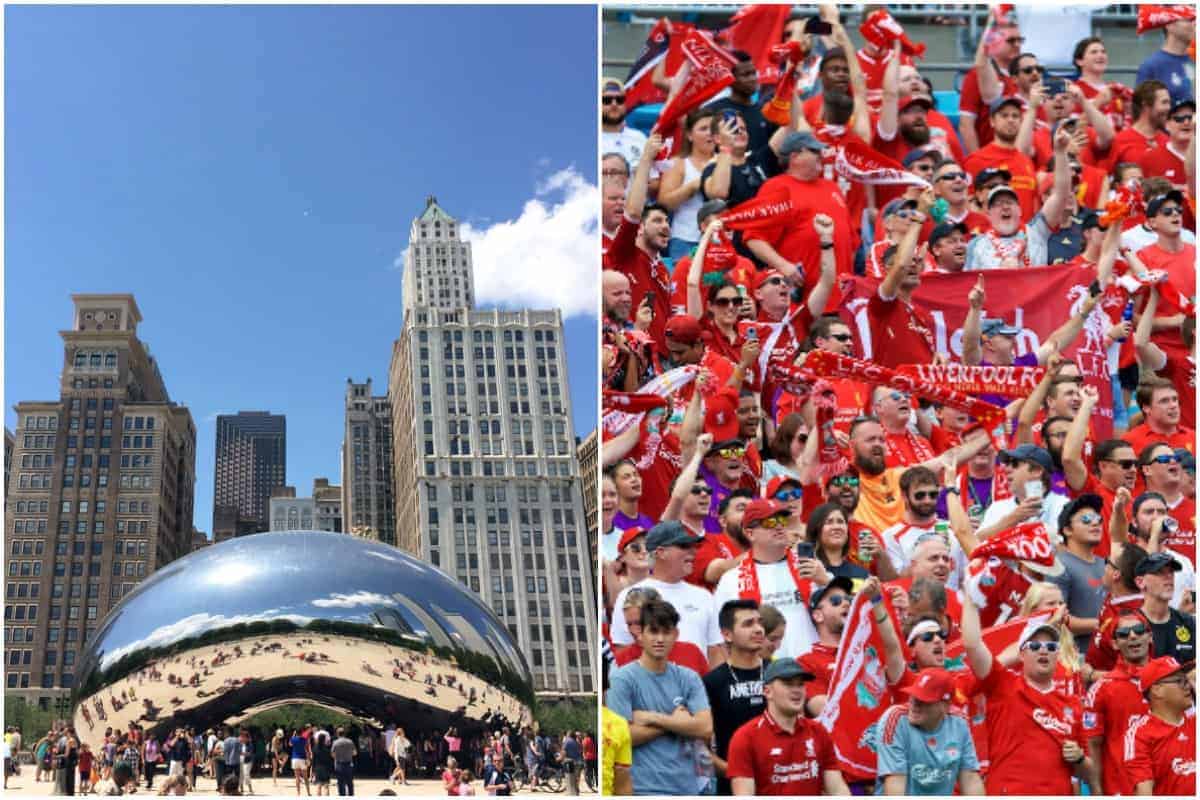 US Red Keenan Probst is from South Bend, where the Reds play at the iconic Notre Dame Stadium on Friday. Here he explains why fans should make the trip and his advice.

What a season, what a team, what a ride. The enthusiasm and excitement among supporters on this side of the pond has been incredible to experience, and I’m sure it pales in comparison with the feeling on Merseyside. So, instead of writing another tribute to the 2018/19 season, I thought I’d write to you and offer a suggestion for anyone seeing the Reds this summer in the US.

When the club announced their Stateside trip this summer, I imagine most UK fans took a brief glance at the fixture list and thought about a possible vacation to New York to catch the Yankee Stadium game. Then, realising how expensive New York is, second-guessed the idea and considered Boston instead. “Hey, the Red Sox, FSG. That could be cool”, the thinking might go.

And I don’t blame you, yes Boston is indeed cool and much closer to Liverpool than South Bend, Indiana. But I’m going to make the case for what could be a special occasion against Dortmund at Notre Dame Stadium.

First off, let me be perfectly frank. I’m not here to extoll the virtues of South Bend, Indiana. The ONLY reason to make a trip here would be to see the Reds take on Borussia Dortmund at Notre Dame Stadium, a truly great venue with an incredible vibe and history. I mean, check this place out:

Pretty dope. Now imagine it with waving scarves of red and white (and some black and yellow) with You’ll Never Walk Alone ringing out around the stadium. Touchdown Jesus might even sing along.

Really, what I WOULD like to convince any international Red to do, is consider visiting Chicago, a seriously fantastic place.

Gorgeous in the summer, horrendous in the winter, home to some of the best food, best sports fans, and friendliest people in America.

I feel passionate about this because I know firsthand how most Brits think of Chicago. “Where’s Chicago? Somewhere in the middle, right?”. My wife is from London and for our five years in Chicago we could barely get anyone to come visit because they believed that the only places worth seeing were New York, LA, Vegas, and Miami.

But for real, Chicago is better (fight me, New York). And I’m going to try and sell you on the idea of a weekend trip to the third-largest city in America that no one outside of America knows anything about and then take a short 2-hour train ride (alcohol permitted) to catch the Reds take on Dortmund and sing YNWA with some midwestern Yanks.

Here are 5 reasons to check us out:

It doesn’t matter if you’re an annoying foodie or just like to shovel delicious shit in your face, Chicago is your town.

For the foodie crowd, we have 22 Michelin star restaurants (NY-72, San Francisco-55, DC-16, every other city-0). For everyone else, there’s endless true American options – awesome pizza, regular or deep dish, wings, burgers, sandwiches, tacos, burritos, man I could go on and on.

Some personal favourites include Happy Camper or Piece for pizza, Crisp for wings, Antique Taco for tacos, or Mott Street for just great food.

Chicago loves to drink. Outside preferably. In the sun.

Home to some of the best breweries in America, award-winning cocktail bars, and about a hundred great Margarita places, you will never go thirsty. Revolution and Goose Island are probably the two most famous breweries, and if you’re feeling a tropical vibe, hit up Three Dots and a Dash or Lost Lake.

Guys, did you know we have a beach? Yes, a real beach that people spend all day on and a lake that people swim in. It will probably be 30-degrees and sunny, so spend your afternoon on your towel sipping red Solo cups (yeah, they exist. Not just in American Pie) of whatever you want. It’s great.

Yet another opportunity to sit out in the sun and drink Bud Light. Or Bud Heavy if you’re insane. The Cubs play at Wrigley at 12:30pm on Saturday, July 20th, the day after the Liverpool game.

So, in the morning on Friday the 19th, take the 2-hour South Shore Train from Chicago to the South Bend Airport, get an Uber from the airport to Notre Dame Stadium. Tailgate with thousands of Liverpool and Dortmund supporters, enjoy the game, and take the train back to Chicago afterwards.

Wake up, take the Red Line or an Uber to Wrigley Field and watch the most boring sport in America for a few hours. Honestly, no one really goes for the baseball. Go for the sun, the beer, and the friendly people. Expect to hear something like this many times, “Wow, you’re from England? My cousin went to Ireland last year.”

Aw yeah, for any of you who made it to Ann Arbor last year, you understand the American tradition of tailgating. It makes no sense, but it’s awesome. Go to the stadium literally hours early, and barbecue, drink, party, then go into the game. Doesn’t get more American than that!

So, there you have it. Five good reasons to consider the trip to Chicago and Notre Dame Stadium.

I wish I could say that I will be there to cheer on the Reds with you, but ironically, I will be in Amsterdam during the game. I had booked a month in Europe long before LFC announced their summer plans.

Honestly, of all places in the world, what were the odds that they came to my tiny hometown in Indiana? However, I will be there in spirit with my two Liverpool-supporting brothers and a large crew of friends and colleagues. So as always, you’ll never walk alone.

* We’ll have more guides and advice for visiting the Reds’ US tour, and we’ll be on the ground in South Bend, Boston and New York providing full coverage across This Is Anfield