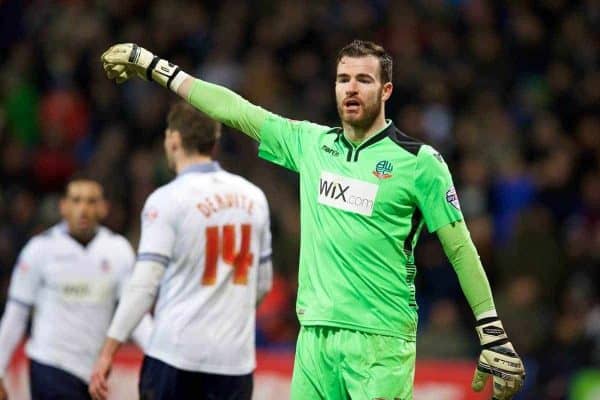 Liverpool are desperately short of goalkeepers this pre-season, and Jurgen Klopp has drafted in an unlikely solution for the upcoming tour of the United States.

The Reds find themselves without the injured Caoimhin Kelleher and Vitezslav Jaros, as well as Alisson and Kamil Grabara who are on extended breaks.

Both Kelleher and Jaros are expected to miss the remainder of pre-season, while Alisson is not due to return until the end of July and Grabara is already nursing a minor injury.

This saw Mignolet play the majority of Sunday’s 3-1 win over Bradford before being replaced by academy backup Dan Atherton in the closing stages, while 16-year-old Jakub Ojrzynski has been training at Melwood.

Liverpool head to the US this week to begin their three-stop tour, including clashes with Dortmund, Sevilla and Sporting CP, and this lack of options has prompted action.

According to the Press Association, 35-year-old free agent Andy Lonergan, last on the books at Middlesbrough and on loan with Rochdale last season, will join the squad in America.

Lonergan has played for the likes of Preston, Leeds, Bolton, Fulham and Wolves during a 19-year professional career, but has never featured in the top flight.

He will not be signing a contract with the Reds, but has been called in to provide experienced depth in training, and could be retained for the training camp in Evian later this month.

It is a surprise move by Liverpool that highlights the desperate situation they find themselves in between the sticks.

Adam Bogdan left the club on the expiry of his contract this summer while Loris Karius is still on loan at Besiktas, and there remain question marks over Mignolet’s future.

Klopp has stressed that he sees the Belgian staying on Merseyside this season, but Mignolet himself may think otherwise.

Regardless, it is highly unlikely any deal for the 31-year-old will be sanctioned before the very end of the transfer window.

Allowing him to leave would directly impact Liverpool’s preparations for 2019/20.