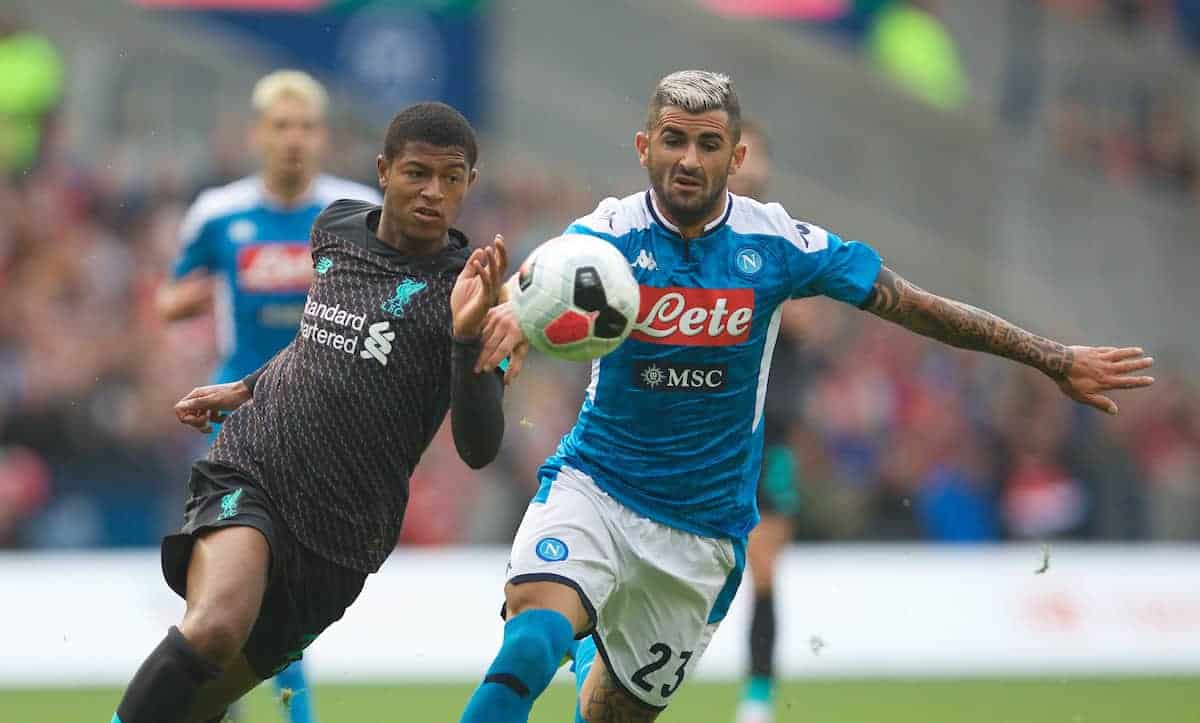 Liverpool produced a flat showing as they lost 3-0 to Napoli on Sunday afternoon, with supporters concerned by what they saw.

The Reds took on the Italian giants in Edinburgh, as they edge towards the start of a new Premier League season.

It was an afternoon to forget for Jurgen Klopp and his players, unfortunately, as they were put to the sword by Napoli.

Liverpool never got going at Murrayfield and first-half goals from Lorenzo Insigne and Arkadiusz Milik swiftly saw the Reds 2-0 down.

Amin Younes completed the scoring early in the second half, as Klopp’s men failed to produce any kind of a response.

Here’s the best of the fan reaction on social media and our forums.

The nature of the performance concerned some…

It’s preseason. Got it. But it’s also a week away from a tilt at actual Silverware against one of the best squads In Europe. I think it’s ok to be a little concerned that we are being undone this easily with pretty close to a full strength squad.

“This team needs to strengthen..a wake up call to management” – Adha Bwana Kum on Facebook.

“Just getting a tad concerned now, new season less than two weeks away.” – WooltonRed on the forums.

Hard not to be a bit worried by that performance. Looked so flat until the youngsters came on.

May well prove meaningless in the long run, but some negativity justified today.

Defensive ineptitude was focused on, especially an out-of-sorts Trent Alexander-Arnold…

Expected LFC to struggle going forward with key absentees but wasn’t expecting team to struggle so much defensively. Concerning with season just around the corner

Our first choice defence minus Alisson getting stuffed by Napoli is not what #LFC fans want to see right now .

Silver Lining – It springs Klopp into action in the transfer market

“TAA cut open often. Teams will watch that and continue to target him I suspect” – jackh1092 on the forums.

Not a good look for #LFC here. Again exposed on the right hand side. TAA couldn't deal with Insigne coming to the inside. TAA doesn't have many faults, but being turned once his feet are relatively flat is one of them.

We've conceded 3 with the regulars in defence and mid, sure our preseasons are always bad, but not this close to the start of the season ? #LFC

The youngsters were praised, including debutant Harvey Elliott…

And there's the final whistle. At least the 20 or so minutes where the kids were running around didn't completely suck, I guess.

Wilson and Elliot have been bright.

“That last 10 mins is a performance of the next generation of young guns” – NiTa AhIm on Facebook.

“Young lads all looked sharper and more lively, Brewster will push Origi down the pecking order regardless of what he did last year I reckon.” – T.C.B. on the forums.

Hard to keep track of all these @LFC subs, but Elliott and Ki Jana Hoever seem to be the stand out of the youngsters…expect them to feature this season.

Give Brewster, Ki-Jana, Wilson starts against Lyon. Off to grab a Sunday beer before saying the same about Sepp & Harvey. Opportunity knocks.

Finally, some emphasised that it was still only a pre-season game and the meaningful action yet lies ahead.

I can remember seeing Paul Stewart at Prenton Park in 1992 and using the word "majestic".#justsaying

I’m sure those lads are scoring in training

“Not gonna press the panic button. It’s pre-season. Warm-up games for everyone.” – Ewan Ishmael on Facebook.

“If we are still losing games 3-0 when the season begins, I’ll be concerned, but not before that.” – Hope in your heart on the forums.

I'm putting this one down to jet lag.