Liverpool suffered a close-run 3-2 defeat to Borussia Dortmund on Friday night in Indiana, as they began their US tour with some clear positives emerging. 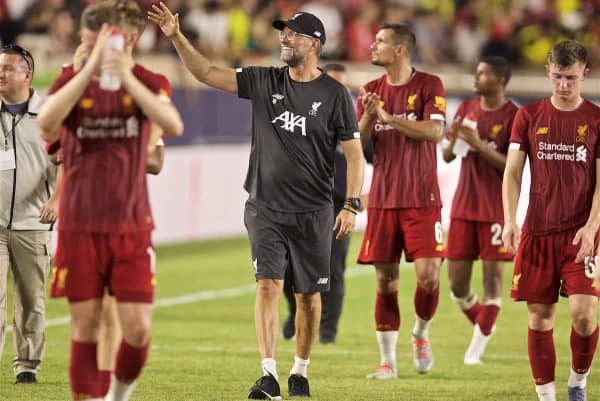 The Reds arrived in South Bend ahead of their third pre-season friendly welcomed by torrential rain, but the sticky heat set in as the weekend closed in.

Taking on Dortmund at the Notre Dame Stadium, Liverpool were provided a stiffer challenge than in previous warmup games against Tranmere and Bradford. 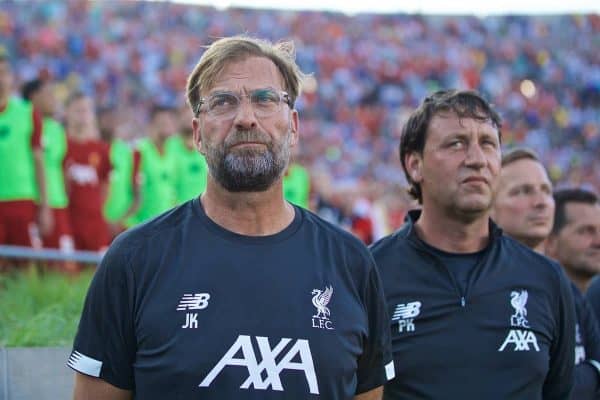 Jurgen Klopp used the game against his old club to continue fitness work, as many of those to feature heavily in the first two friendlies playing 60 minutes. 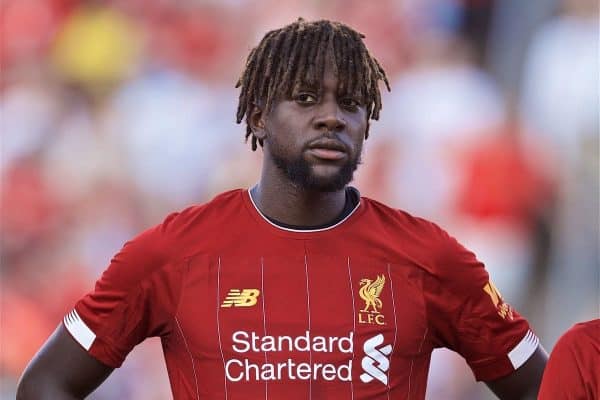 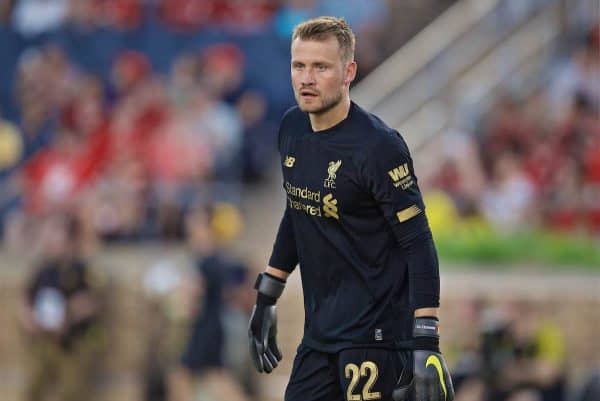 Divock Origi was one of those, while his compatriot Simon Mignolet played the full 90 as Dan Atherton and Andy Lonergan watched on from the bench.

It wasn’t long before Mignolet conceded, though through little fault of his own as errors from Nathaniel Clyne and Joel Matip allowed Paco Alcacer to drill past the ‘keeper to make it 1-0 after three minutes. 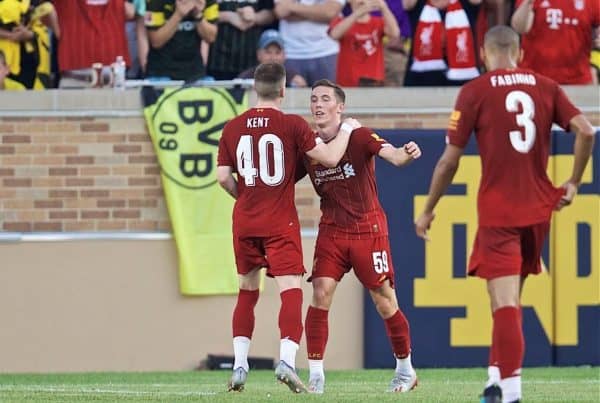 Harry Wilson levelled after great work from Fabinho and Ryan Kent, though, with the Welshman benefited from his fellow winger’s dummy. 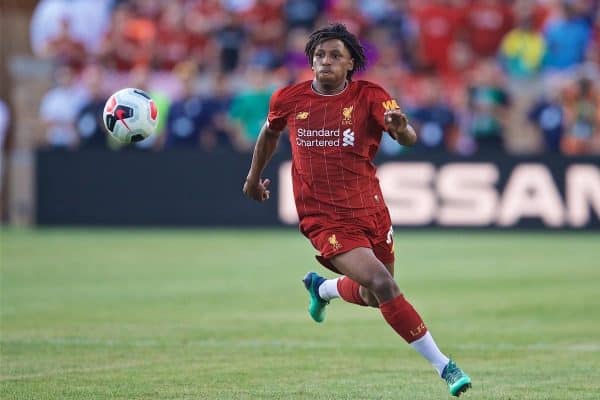 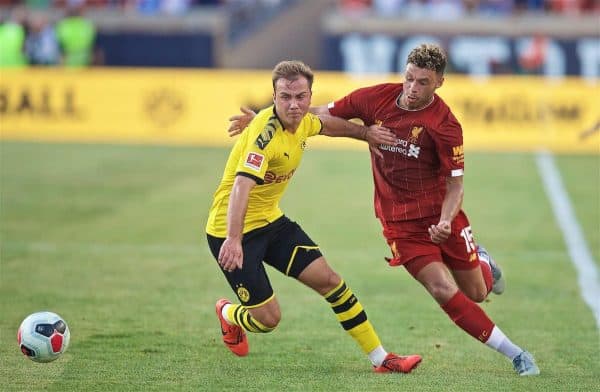 Yasser Larouci and Alex Oxlade-Chamberlain were two of the more impressive players in the first hour, but Klopp made 10 changes on the 60-minute mark. 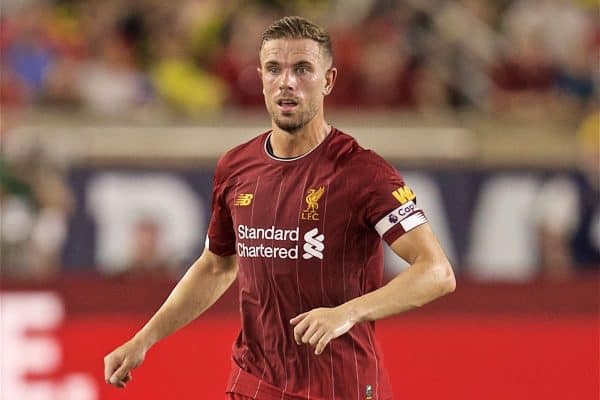 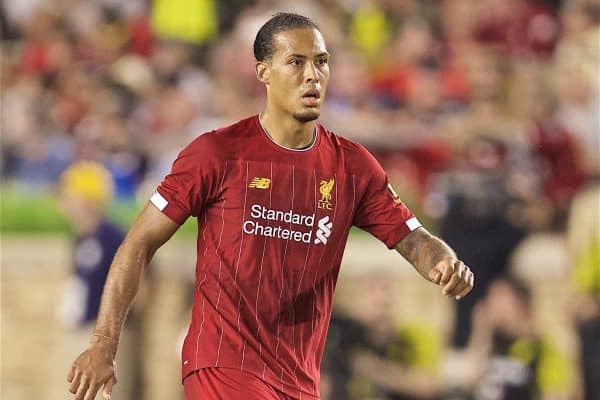 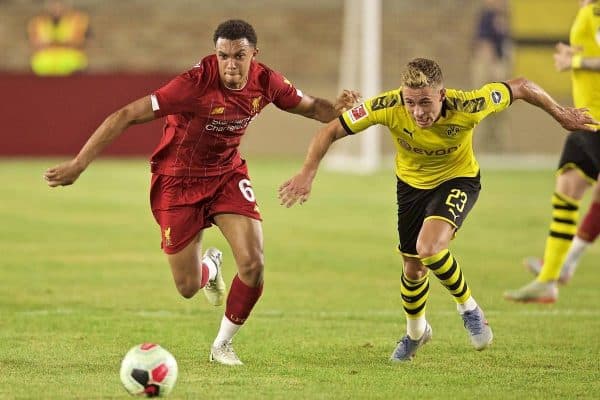 This saw a host of familiar faces make their first outings of the summer, with Jordan Henderson, Virgil van Dijk, Trent Alexander-Arnold, Gini Wijnaldum and Andy Robertson all returning. 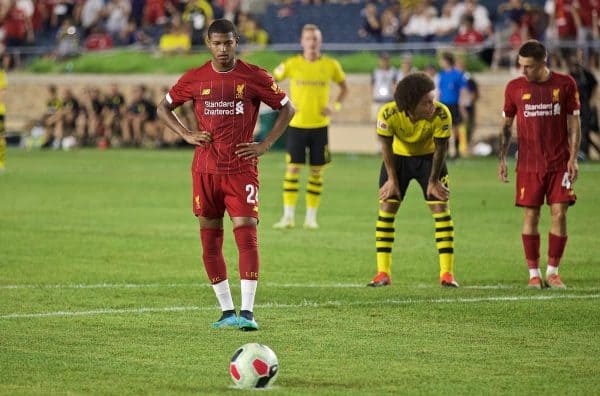 Another of those to come on, Rhian Brewster, continued his excellent pre-season as he stepped up to take a penalty after Ben Woodburn was fouled.

The 19-year-old showed no lack of confidence as he fired his spot-kick into the top corner for his fourth in 120 minutes. 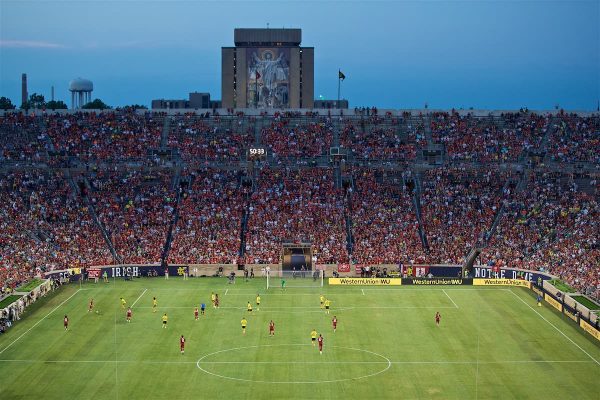 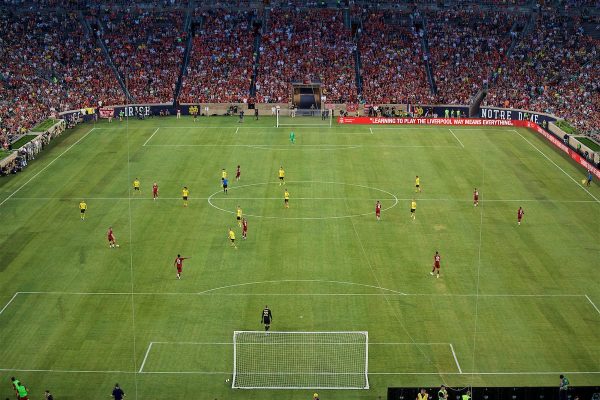 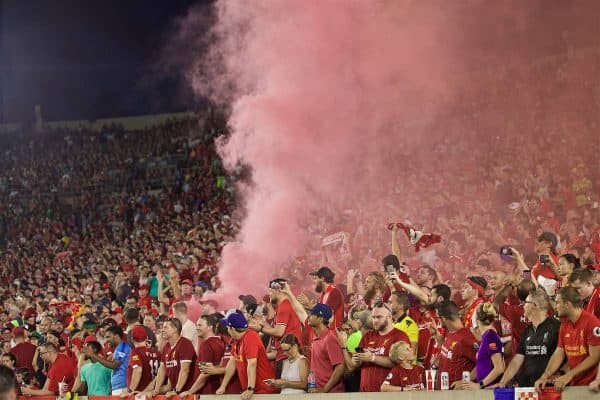 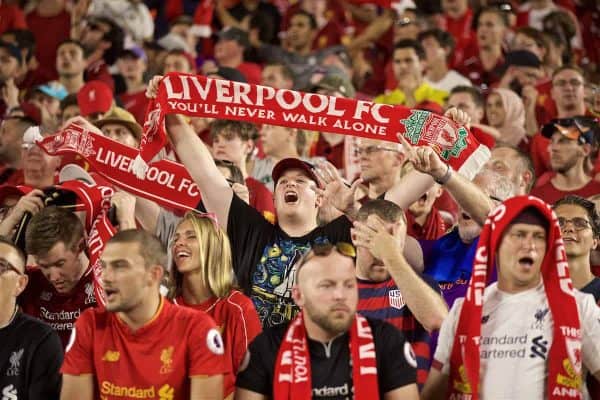 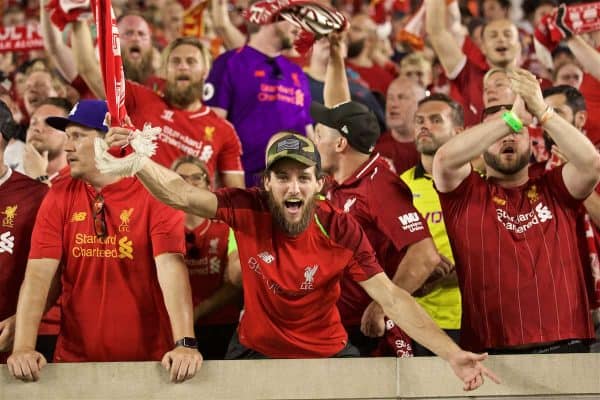 Brewster’s penalty was not followed by another goal, and Klopp and his players were left to salute a vibrant South Bend crowd after a 3-2 loss.

Next up is a meeting with Sevilla at Boston’s Fenway Sport on Sunday night, before rounding off the trip by taking on Sporting CP in New York.

Shrewsbury 2-2 Liverpool: Player Ratings – What the media and statistics say