Liverpool goalkeeper Kamil Grabara has joined Huddersfield Town on a season-long loan, which should prove to be a win-win scenario for both player and club.

Instead of reporting back for pre-season training following the U21 Euros, Grabara has swapped Merseyside for West Yorkshire for the second loan spell of his career.

The young Pole signed a new long-term contract with Liverpool before his move to the John Smith’s Stadium, and will now spend the 2019/20 campaign as part of Jan Siewert’s Terriers side.

Equalling the record for the earliest relegation from the Premier League at the end of March, Huddersfield face a tough challenge as they aim to return to the summit, and it may be that stability is the objective this term.

For Grabara, it provides a first exposure to senior competitive football in England, and it is a big opportunity for the 20-year-old.

This should be recognised as he heads to Huddersfield, with Liverpool securing one of their most beneficial loan deals in recent years. 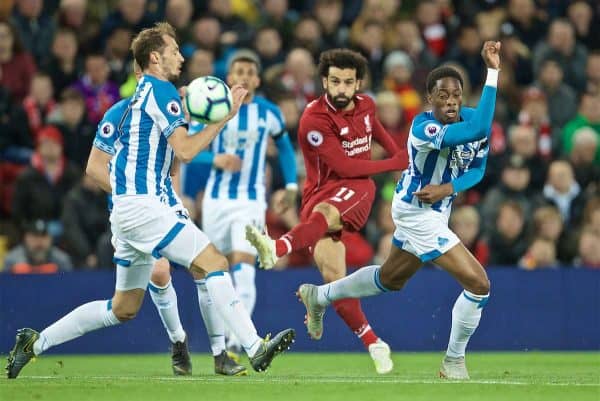 Speaking at a fan forum on the night of Grabara’s arrival, new Huddersfield chairman Phil Hodgkinson explained the difficult situation the club are facing following their drop down to the Championship.

Following two years in the top tier, efforts to stabilise the club’s position were undermined by questionable spending and the departure of David Wagner.

Now, the Terriers are rebuilding on the cheap, with Hodgkinson telling supporters “the first parachute payment has gone,” and that “there is no point being a yo-yo club.”

That would suggest that the club are aiming to consolidate this season, before mounting a promotion charge in 2020/21, which may well prove a better long-term decision.

The Championship is an unpredictable league, and Huddersfield face a difficult challenge vying with the likes of Leeds, West Brom, Derby, Middlesbrough, Swansea and Bristol City; which makes their move for Grabara a bold one.

Grabara joins Siewert’s side on the back of an impressive half-season loan with AGF Aarhus in the Danish Superliga.

He made 16 appearances for AGF, conceding 18 goals and keeping six clean sheets, including back-to-back shutouts against Aalborg BK in the European playoffs.

The club ultimately fell to defeat at the hands of Randers, relinquishing a chance at Europa League qualification, but in Grabara, fans had found a new favourite between the sticks.

This should come as no surprise because, at just 20, he is a hugely talented goalkeeper who has developed swiftly since joining Liverpool from Ruch Chorzow in a £250,000 deal in 2016.

His upbringing as a goalkeeper came diving on gravel in his native Poland, but Grabara still needed to toughen up on his arrival in England; in the three-and-a-half years since he moved, he has bulked up significantly.

A fine shot-stopper, dominant in one-on-ones and increasingly strong in the air, he is now first-choice goalkeeper for the Poland under-21s.

And given Hodgkinson said “we have sorted the ‘keeper out now,” it appears he will take over as No. 1 at Huddersfield, too, with the chairman hoping he can “make a similar impact” to loanee-turned-record signing Aaron Mooy.

Jonas Lossl left the Terriers on the expiry of his contract this summer, joining Everton, while Ben Hamer is due to depart on a half-season loan, leaving Grabara to compete with Joel Coleman for the gloves.

He is aware of the challenge, telling Huddersfield’s official website that “not many times things like this happen for young boys,” but the Pole possesses a rare hyper-confidence that sets him in good stead as he settles in West Yorkshire.

“When you go somewhere you respect everyone, but you’re trying to play for yourself, especially as a goalkeeper you want to be No. 1,” he continued.

It is important to take Grabara’s proclamations with a pinch of salt—he routinely refers to himself as the best in the world, and labelled himself his footballing idol in his entry Q&A—but this belief and sense of humour are key.

“When he spoke with Jan, one of the comments he made was that Alisson Becker learned something from him every single day in training at Liverpool,” Hodgkinson revealed.

“That’s the sort of confidence you want in a ‘keeper.”

This certainly didn’t put off Siewert, with Grabara saying “on a football side he convinced me to come,” and in fact he may be the ideal manager to oversee his development. 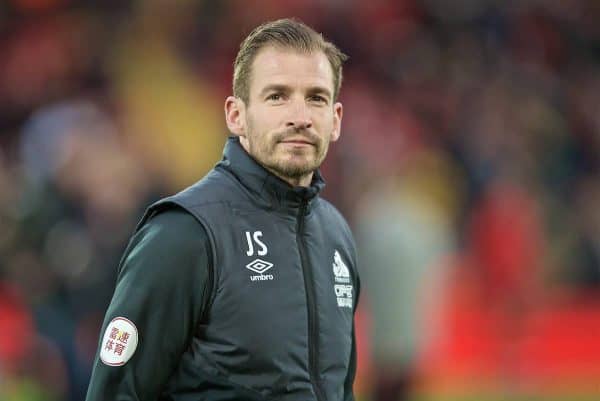 His time with BVB didn’t see him cross paths with the two best friends, but he caught the eye at Huddersfield in his two years at Dortmund II manager.

Ahead of Liverpool’s 5-0 win over the Terriers in April, Klopp described Siewert as “one of the most progressive and hungry coaches in Europe.”

There is clear respect between the pair, and between the two clubs, who are connected by Bill Shankly and played a pre-season friendly in 2016.

And given Siewert’s experience in youth development—the 36-year-old has also coached VfL Bochum under-19s—there should be no concern over Huddersfield inducing financial penalties for underplaying Grabara.

Huddersfield have previous with Liverpool goalkeepers in the loan market, of course, with Danny Ward enjoying a very successful campaign at the John Smith’s in 2016/17. 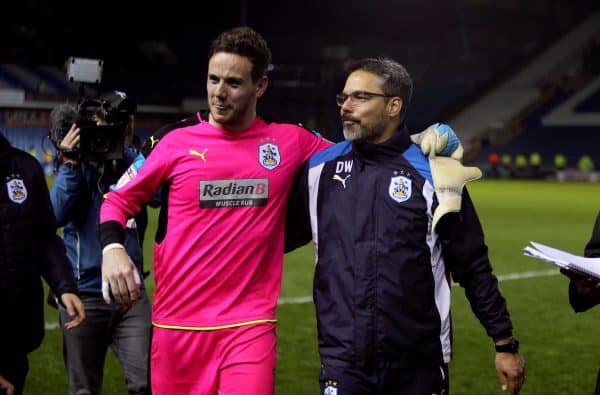 Ward made 46 appearances for the Terriers that season, keeping 12 clean sheets, and it was his penalty heroics which effectively secured their promotion to the Premier League under Wagner via the playoffs.

The club were eager to retain him for their return to the top flight, but Liverpool had other ideas: Ward spent 2017/18 on Merseyside, travelling as third goalkeeper and making one appearance.

This presents the major cynical side of this win-win scenario for Liverpool, as if Grabara produces the season he is expected to at Huddersfield, interest in his services would increase.

The Reds certainly have made a name for themselves in ‘fattening up’ players before big-money sales in recent years, and Grabara could well join the likes of Ward, Dominic Solanke, Kevin Stewart and Rafa Camacho in this regard.

With Alisson an immovable object between the sticks at Anfield, this could be the most realistic trajectory.

However, taking a more optimistic view, Grabara’s experience with Huddersfield in the Championship can steel him to take over from Simon Mignolet as No. 2 on Merseyside.

Liverpool have taken different approaches to Grabara and fellow 20-year-old goalkeeper Caoimhin Kelleher of late—loans for one, first-team training for the other—and it remains to see which pays off.

But if he is to stay with the Reds in the long term, this is no doubt one of the best possible moves Grabara could have hoped for this summer.

No goalkeeper aged 21 or under made more than two appearances in the Premier League or Championship last season; now, Liverpool’s 6’5″ stopper can buck the trend and back up his remarkable self-confidence at Huddersfield.