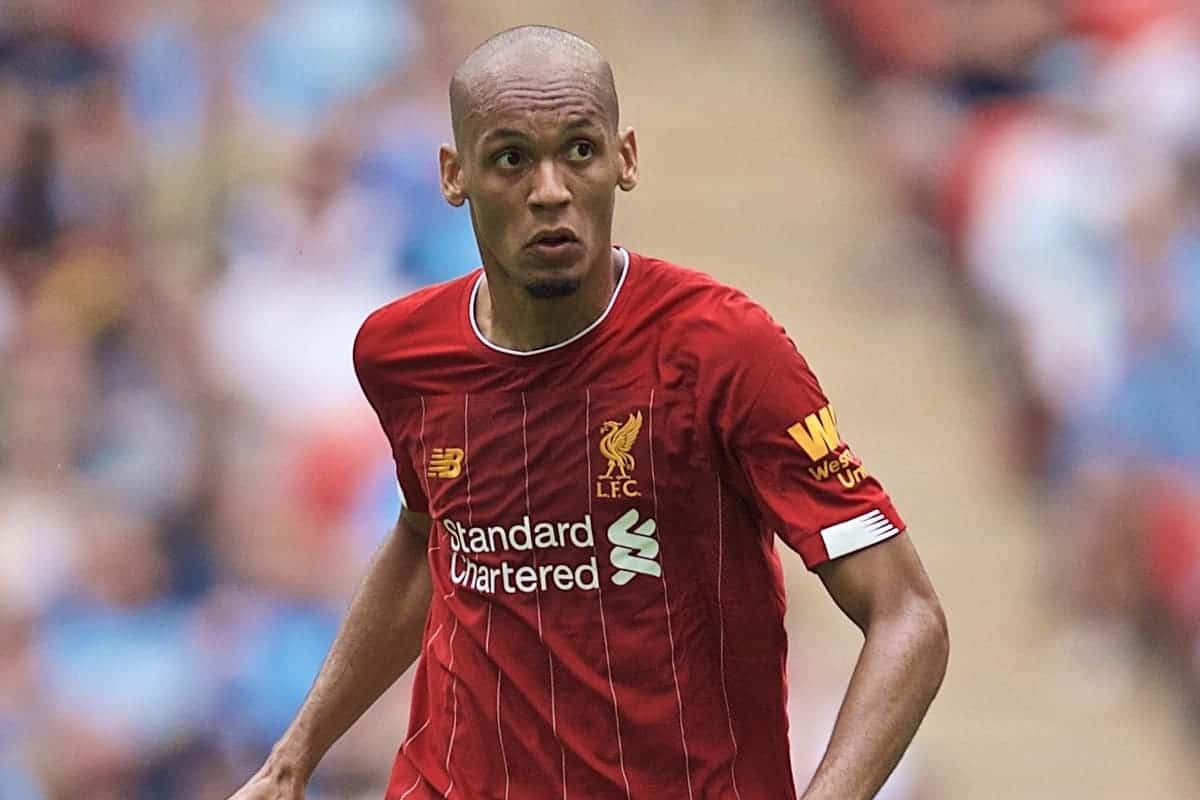 Fabinho starts for Liverpool this afternoon as Jurgen Klopp makes two changes to his starting lineup to take on Arsenal at Anfield.

The Reds face the Gunners aiming to preserve their 100 percent winning start to the campaign.

Adrian makes his third start in goal as Alisson remains on the sidelines, with the stopper shielded by a back four of Trent Alexander-Arnold, Joel Matip, Virgil van Dijk and Andy Robertson.

Fabinho anchors the midfield, with the 25-year-old supported by Jordan Henderson and Gini Wijnaldum.

Mohamed Salah, Sadio Mane and Roberto Firmino line up in attack, as expected, with the No. 9 looking to become the first Brazilian to score 50 goals in the Premier League.

The likes of Alex Oxlade-Chamberlain, Xherdan Shaqiri and Adam Lallana are on the substitutes’ bench, with Klopp indicating before the game that heavier rotation can be expected after the September international break.

“You need the squad from matchday five, with the full squad if you don’t have big injury problems,” he told reporters.

“Because then we play League Cup in one-and-a-half weeks’ time, I think, then Champions League and Premier League obviously.

“That means then you need everybody in the squad.

“But in this moment, where everybody’s not used maybe like he wants to be used, we have the problem where there’s always somebody asking ‘but he’s not playing that much, don’t you think it makes sense [to sell]?’.” 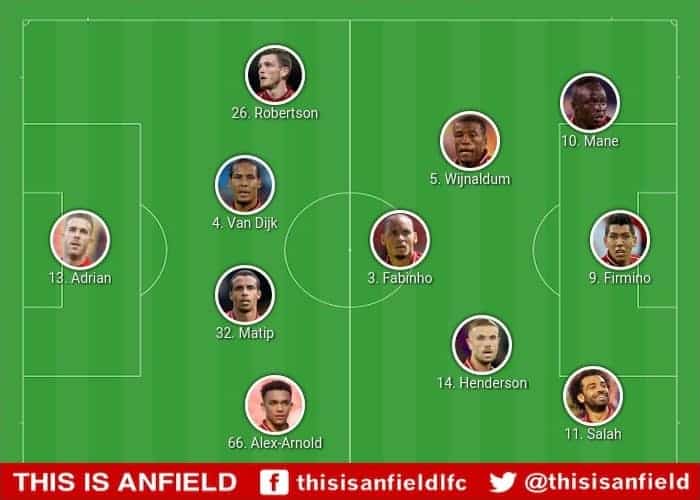 Victory over Arsenal would keep Liverpool top of the league, with Burnley the next opponent on August 31, before Klopp’s squad embark on international duty in September.