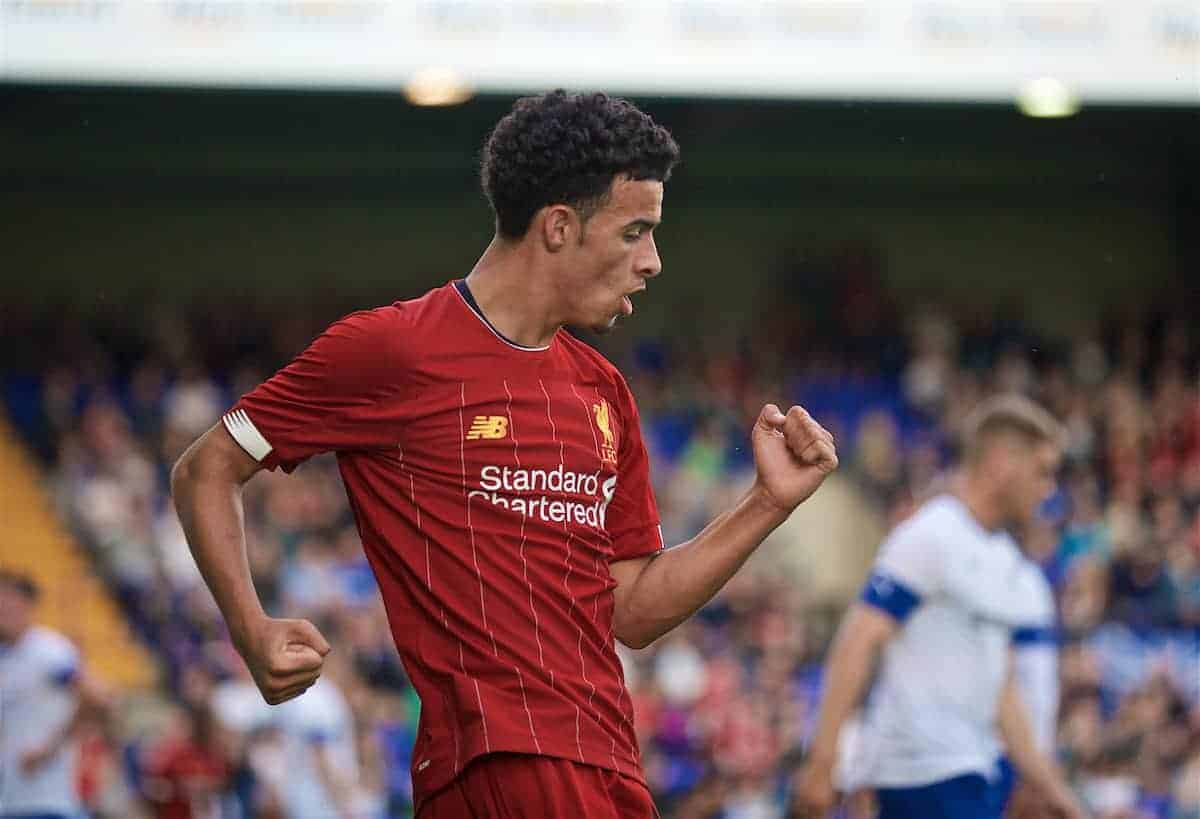 Curtis Jones has put pen to paper on a new long-term deal with Liverpool to mark his continued rise through the ranks.

The Toxteth native has worked his way through all the ranks at the Academy at Liverpool having joined the club at the under-9 level before marking his senior debut in early 2019.

The attacking midfielder made 21 appearances for the under-23s and under-19s last term, scoring seven goals and assisting five before linking up with Jurgen Klopp‘s side in the early stages of pre-season.

The new five-year deal ensures his future remains with his boyhood club, and he was duly “buzzing” to have agreed to new terms.

“For me, it’s massive. Being a local lad, my dream is to play for this amazing club,” he told LiverpoolFC.com.

“To see that the manager and staff have got the belief in me and have offered me a new contract, I’m absolutely buzzing.

“At the point I’m at now in my career I think it’s very important to take decisions slowly. But this one was easy and straightforward. I’m happy to put pen to paper and I’m ready to kick on from here.

“As I said, being a local lad it’s a dream just to play for the club. To have been offered another long-term contract, I’m absolutely buzzing and I can’t wait to get started.”

The attacking midfielder was a member of Liverpool’s pre-season squad up until the return from the United States where he dropped back down to the under-23s under Neil Critchley tutelage.

Jones has one senior Liverpool appearance to his name after featuring in the FA Cup third-round tie against Wolves in January and has also been named as a substitute on three separate occasions.

The 18-year-old possesses an abundance of talent but remains someway of the finished article.

And although Jones harbours dreams of making his Premier League debut and one day captaining Liverpool, a much-needed temporary move away from Anfield could now be on the horizon.

Jones could follow in the footsteps of fellow teammate Ben Woodburn by plying his trade in the football league this season in either League One or Two in order to gain invaluable experience in senior football.

“I haven’t really pinpointed one but it’s definitely to become a bigger part of this great team,” Jones said when asked about his aims for the coming season.

“Hopefully I can get a [Premier League] debut and get a goal and give the fans what they deserve.

“Longer-term, my dreams are of being the captain of Liverpool Football Club, playing every week and winning a trophy is definitely what I’m looking to do.

“But I haven’t looked that far yet, I’m taking it step by step. My next step should be a big one and I can’t wait to see what it is.”