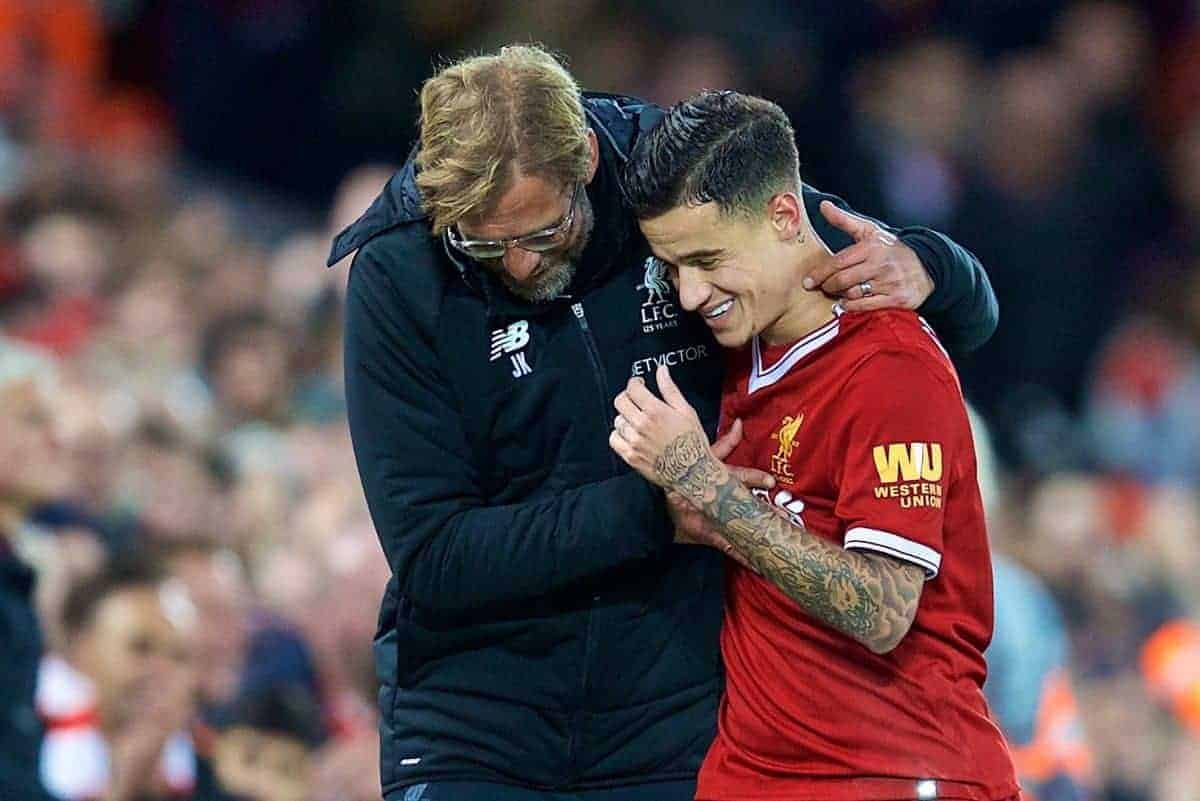 Jurgen Klopp has compared Philippe Coutinho to Alessandro del Piero, with his trademark cut-in-and-shoot move key to him avoiding his “favourite position.”

Coutinho was left to settle for a loan move to Bayern Munich this month after his “dream come true” switch to Barcelona ended in failure.

A £142 million deal with Liverpool resulted in 21 goals and 11 assists in 76 games for the Liga giants, as he failed to adequately fill the void left by Andres Iniesta.

The 27-year-old was largely deployed on the left wing at Barcelona, much as he was for the Reds, but speaking on his unveiling at Bayern insisted his “favourite position is the [No.] 10.”

Reflecting on Coutinho’s time at Anfield, and what he can offer to Bayern, Klopp praised his former playmaker, and in comparison with Del Piero indicated why he often stayed on the left wing.

Klopp described the Brazilian as a “very dominant player who helps a team properly,” and “who can shape them,” though he added that “it will not be like that from day one.”

“But from the first day onwards they will get a great player,” Klopp told kicker.

The manager explained that he was used as a No. 10 “relatively rarely,” and instead focused on how “he can play [as] a great No. 8 and a really great left winger,” because he is “strong in small spaces, but also fast enough for large spaces.”

“[He has] an outstanding eye for the situation,” he continued.

“Not since Alessandro del Piero have I seen any [player] who finishes moves from the left to the inside with the same frequency [as Coutinho].”

Klopp has already conceded that Liverpool “could not afford” to re-sign Coutinho in the summer transfer window, with The Athletic‘s James Pearce detailing that it would have cost “in excess of £21 million in wages and loan fees.”

But Klopp believes “Bayern need him,” and crucially that “the Bavarians want him,” as he suggested Coutinho is a player who needs to be cherished in order for him to thrive.

“Now they have to integrate and treat him so that they get the full package,” he said, “and then the Bundesliga has a real top player.”

While it would have been a real positive to add a player of Coutinho’s quality to the Reds squad for this season, the circumstances surrounding his exit in 2017 made this particularly difficult.

Liverpool have certainly moved on without him, as back-to-back Champions League finalists and now European Cup winners.

And in fact, Klopp’s hint that he is a specialist player highlights how he may now be considered a poor fit.