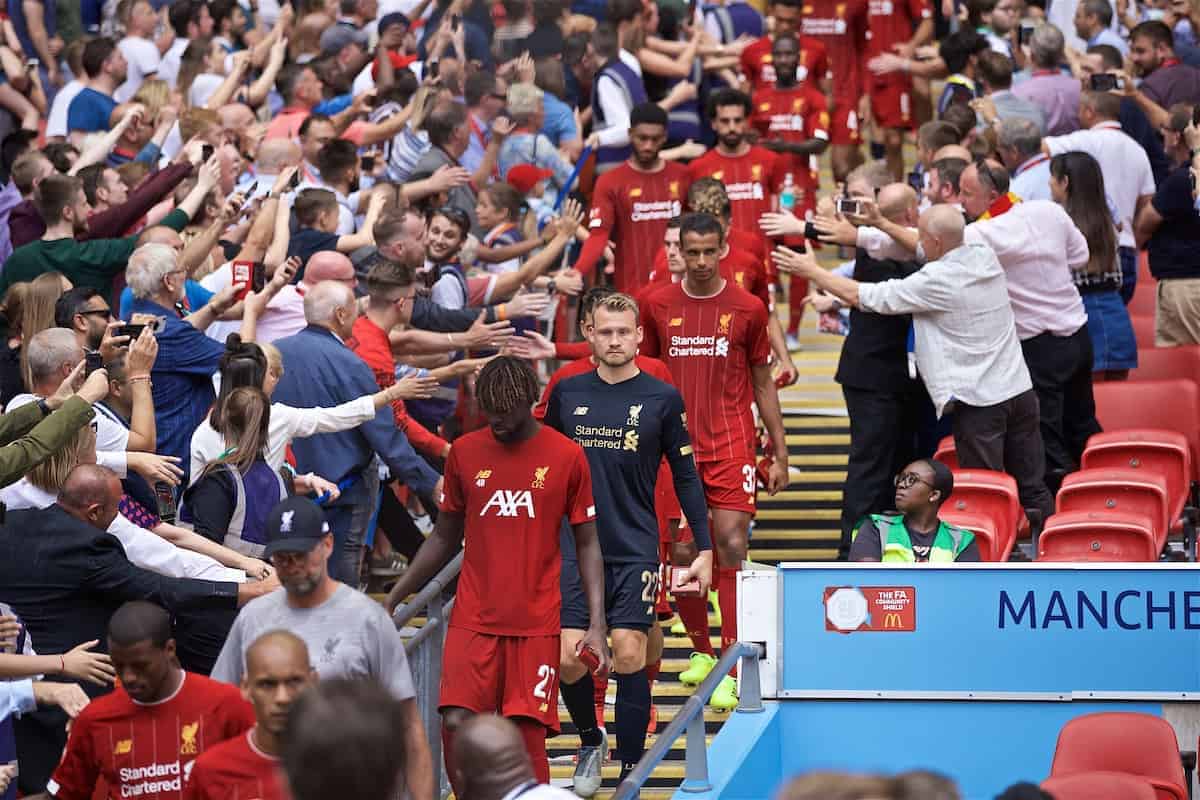 Gini Wijnaldum missed the decisive penalty as Liverpool fell to an arguably undeserved spot-kick defeat to Man City in the Community Shield.

Part of a strong starting lineup for the Reds in their pursuit of a first trophy of the season, Roberto Firmino enjoyed a bright start.

The No. 9 sat Rodri down with a shoulder barge one minute, before plucking the ball out of the air and firing a left-footed half-volley on the swivel to sting Claudio Bravo’s palms the next, then setting up Mohamed Salah for a close effort soon after.

But City opened the scoring minutes later through Raheem Sterling, with a well-worked free-kick routine confusing the Liverpool defence and the stand-in striker’s effort squirmed disappointingly under Alisson.

Salah was the Reds’ spark in terms of shots, but the Egyptian continually squandered openings when firing at Bravo from tight angles on the right; understandable, given the shortage of his pre-season.

Pep Guardiola was shown a yellow card for an over-the-top protest of Joe Gomez‘s challenge on David Silva, in one of few flash-points in a largely tepid end to the first half. 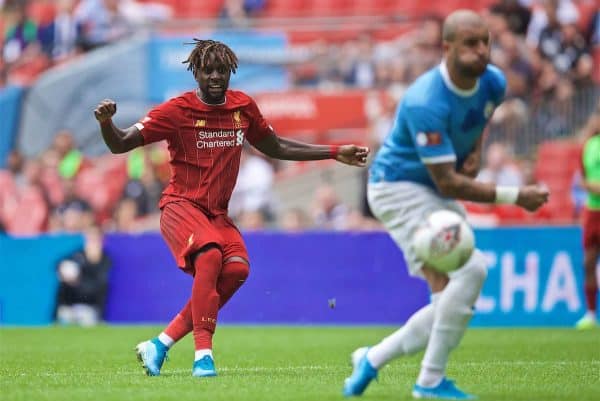 Neither manager made any changes at the break, with Jurgen Klopp holding off as those working their way back to full fitness were allowed more minutes to catch up ahead of the Premier League opener on Friday.

Liverpool thought they had levelled the scores as Virgil van Dijk‘s hooked effort from a corner struck the bar and bounced down on the line with Bravo stranded, but goal-line technology deemed it to have stayed just out.

Salah then struck the outside of the post after cutting in onto his left, while later on Sterling somehow wasted a golden opportunity as his indecisiveness allowed Alisson to scoop the ball up in a three-on-one.

Klopp then made his first two changes as Joel Matip and Naby Keita came on for Trent Alexander-Arnold and Fabinho, with Gomez and Wijnaldum pulling double duty to cover the vacancies at right-back and No. 6.

Matip’s big contribution came at the other end, however, as Van Dijk deftly lifted the ball back into the six-yard box following a set-piece, and the Cameroonian headed into the back of the net to equalise.

Keita then drew a smart stop from Bravo, as Liverpool enjoyed a much better second half than their first, and a deflected Salah shot looped onto the top of the net.

Salah almost won the game in stoppage time as he headed his initially blocked effort goal-bound, only for Kyle Walker to make an incredible clearance just inches out to keep it at 1-1 and force a penalty shootout.

Unfortunately, an early save from Bravo on Wijnaldum saw City secure the Community Shield with a 4-5 spot-kick victory.