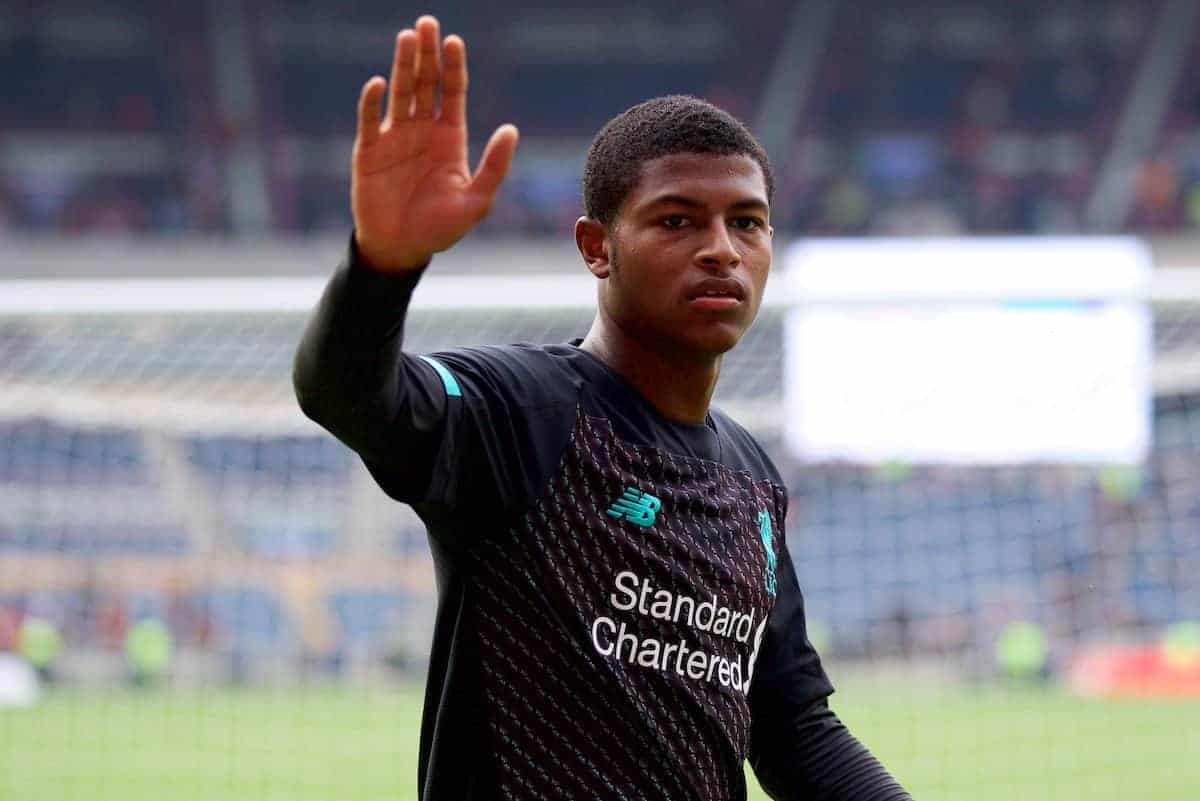 Brewster was the Reds’ top goalscorer during pre-season, and one of just eight players to feature in all seven friendlies over the summer.

The 19-year-old is earmarked for a bright future under Jurgen Klopp, with the decision not to sign a replacement for Daniel Sturridge a marker of the manager’s faith in his academy product.

But despite Brewster travelling to Wembley for the Community Shield, Klopp opted against naming a striker among his substitutes, while Sadio Mane took his place on the bench for the Premier League opener against Norwich.

That Friday night victory saw Divock Origi start on the left, scoring one and assisting one, with Brewster instead leading the line for the U23s the following day.

He started alongside the likes of Yasser Larouci, Curtis Jones, Harvey Elliott and Ryan Kent against Tottenham, with Bobby Duncan forced to settle for a reserve role.

The game ended in a shocking 4-0 defeat, but Critchley explained after the game how this served as an important exercise as Brewster works his way up to full fitness after a year on the sidelines through injury.

“Rhian needs to build up volume of football,” the U23s manager told the Liverpool Echo. 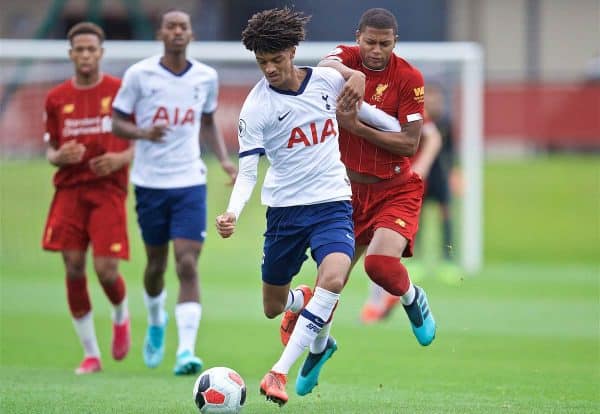 “He’s had a good pre-season where he has stayed fit and has managed some minutes for the first team and scored a couple of goals for them.

“He just has to keep playing games. If he does that, I’m sure at some point his fitness and general all-round game, co-ordination, his agility, his touch, his awareness, that will come back.

“You have to remember how long he was out for. There were really good signs from him.”

Critchley used a clear example of Brewster’s lack of sharpness, overhitting a square pass to Elijah Dixon-Bonner which could have led to an equaliser at Kirkby, adding that “he just needs time” to recapture that. 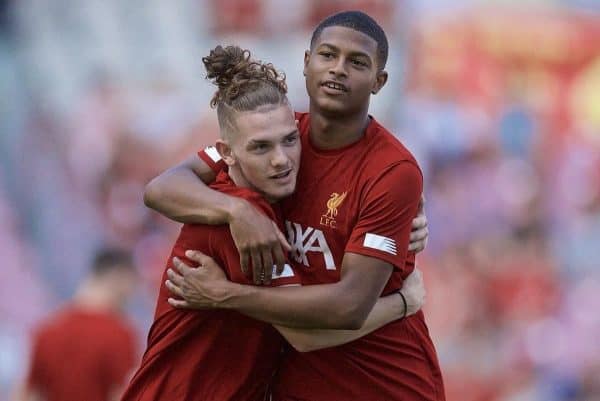 But it was noted that the teenager “has definitely developed physically,” which was evident as he held his own against senior defenders throughout pre-season.

This assessment, however, serves as a welcome shot of realism after hopes over Brewster’s impact rose after four goals in the summer.

While he is prodigious talent, a young striker who is still yet to make his professional debut for the club—and endured a lengthy spell out at a crucial stage in his maturity—cannot be expected to shine instantly on the first-team stage.

Brewster could start again for the U23s against his former club next Monday night, as Liverpool play Chelsea at Stamford Bridge.