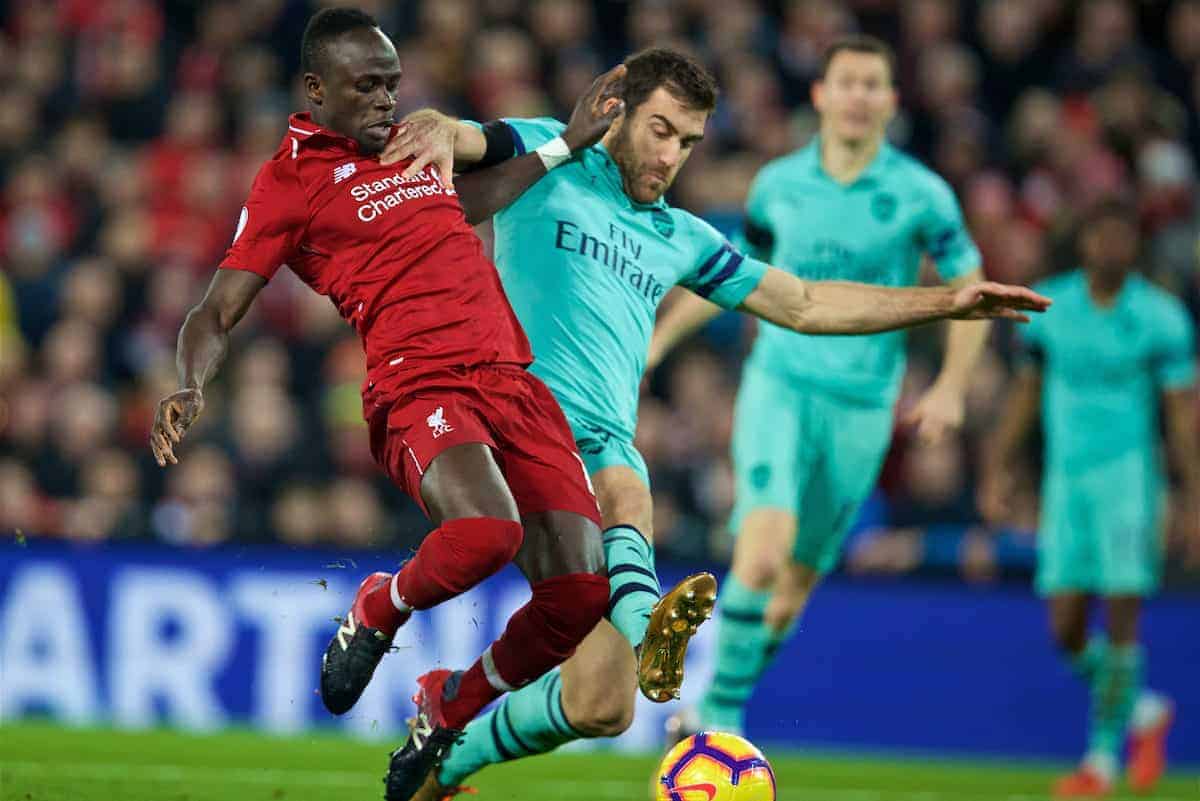 Arsenal centre-back Sokratis believes it could be “more easy” to defend against Liverpool than Burnley, and their best approach is to “play our style of game.”

The Gunners head to Anfield on Saturday evening in the first top-six clash of the season for either side, and they sit joint-top of the Premier League with two games played.

Unai Emery’s side have conceded just once so far, with Liverpool shipping two but faring considerably better in front of goal with six scored to Arsenal‘s three.

In the same fixture last season, Roberto Firmino netted a hat-trick while Sadio Mane and Mohamed Salah also got on the scoresheet in a 5-1 humiliation for the away side.

But Sokratis claims Saturday “will be different,” and even argued that “maybe it is more easy” to keep the Reds’ front three at bay than Burnley‘s physical duo of Ashley Barnes and Chris Wood.

“It is a different game. Maybe it is more easy, because you don’t have to fight a lot,” the Greek centre-back said.

“But they also play football. If they are on good day and you are having a bad day, it is hard.

“In the end, we know that it is difficult and we respect Liverpool a lot.

“But I think the best [way] is to go and play our style of game. We will see what happens.”

Sokratis was hapless in his efforts to stop an on-fire Firmino back in December, though he suggested Arsenal were unfortunate to lose 5-1, saying “we made mistakes.”

“The 5-1 last season…it was not the game to take five goals—the penalty kicks [from Firmino and Salah], we made mistakes,” he continued.

“I think this year will be different, but we have to improve of course from the work we do with the coach and his staff.”

The 31-year-old had a new centre-back partner at the Emirates on Saturday, with David Luiz joining him at the back following his late arrival from Chelsea.

In theory, that could prove to be a weakness for the Gunners if Jurgen Klopp‘s attacking line are on form, but on this season’s evidence so far Liverpool cannot underestimate their visitors.

But Sokratis has certainly tempted fate with his comments, and it can be argued that Barnes and Wood present a more straightforward challenge than Firmino, Salah and Mane.

And that is without mentioning Andy Robertson, Trent Alexander-Arnold, Alex Oxlade-Chamberlain and so on…