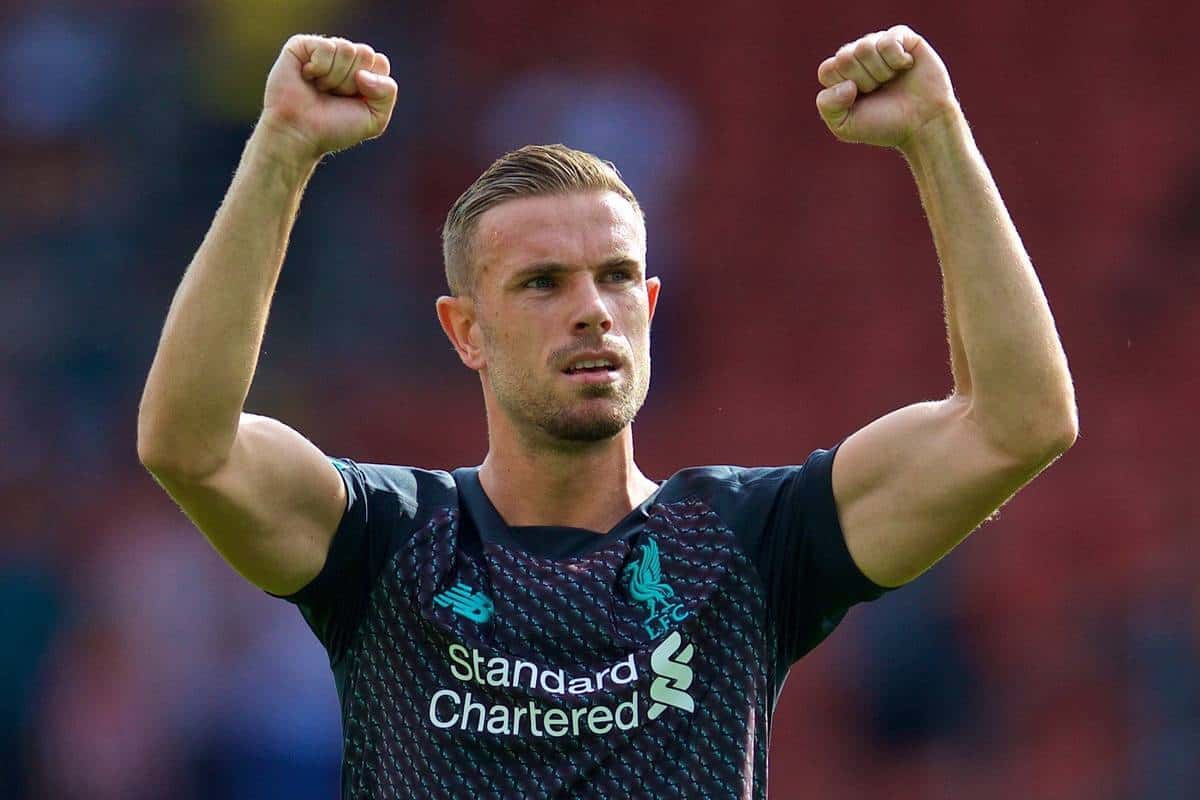 Liverpool take on Burnley at Turf Moor tonight looking to break two club records and equal two more. Here are all the key stats and facts ahead of kickoff.

A win today would see Liverpool set a new club record of 13 consecutive league victories, beating the 12 from April to October 1990.

…And a Best-Ever Start?

The Reds have won all three league games this season.

Never before in their history have they won each of the opening four fixtures in back-to-back league campaigns.

Liverpool have won each of the last five away league games (for only the fourth time in the Premier League era).

Should they take maximum points here they will equal the club record of six, which they have previously done on five occasions—the last being in 2014 (February to April).

Another club record Liverpool could equal today would be 10 away Premier League games without defeat, matching the sequence set from August to December last year.

Should they win or draw the Reds will be 21 league games undefeated—equalling their best run under Jurgen Klopp.

Liverpool have scored in 10 of the last 11 matches played against the Clarets in the league.

There have been three goalless draws in league meetings—first at December 1920 at Anfield, with the last two coming at Burnley in August 1951 and December 1975.

The Clarets have found the net in each of their last six meetings with Liverpool home and away.

Should they find the net today Burnley will equal a club record by scoring against Liverpool for a seventh successive league game set from 1925 to 1928.

Dwight McNeil has made six assists in the Premier League in 2019—the only English player with more is Trent Alexander-Arnold (11).

Chris Kavanagh has taken charge of the Reds three times in his career.

They have won them all, the last of which was the Merseyside derby back in December.