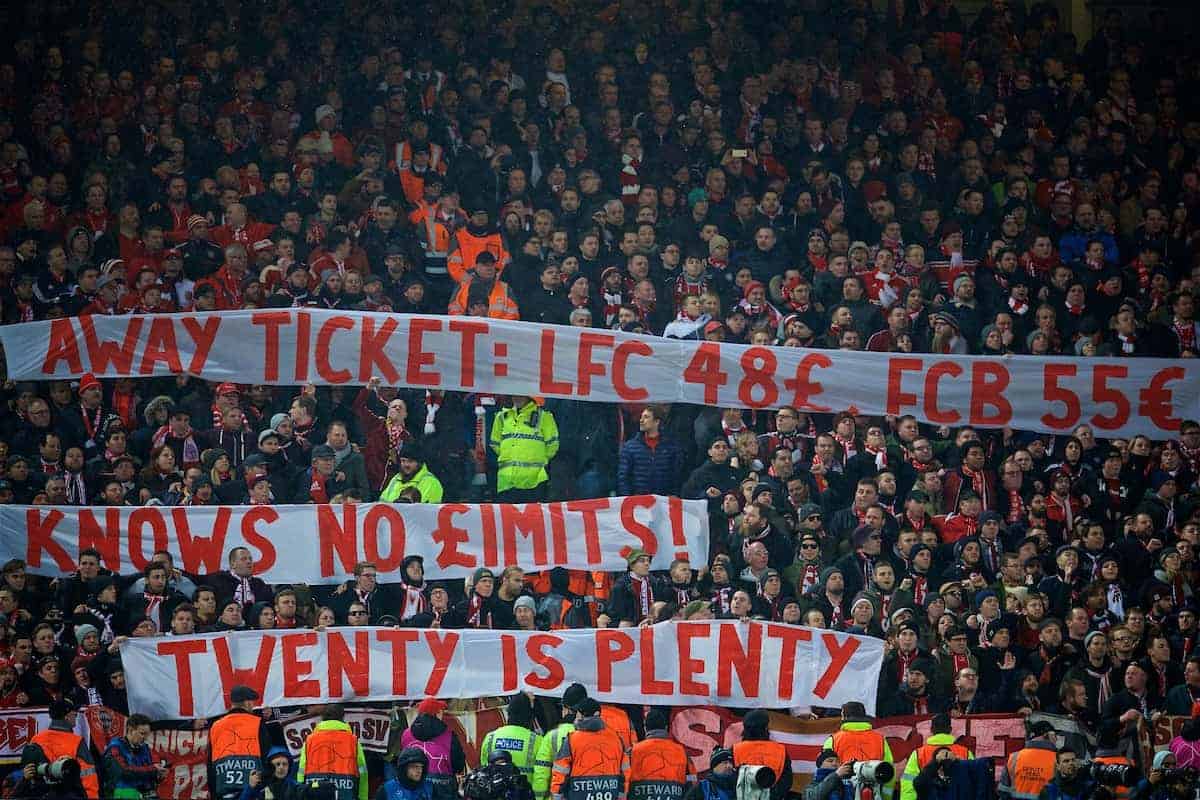 UEFA have agreed an away ticket price cap for the Champions League and Europa League from this season’s group stage, after pressure from high-profile clubs.

Liverpool and Bayern Munich were the first sides to put pressure on Europe’s football governing body following incidents in which their fans were charged extortionate amounts for Champions League clashes.

Bayern fans boycotted their trip to Anderlecht in 2017 due to their concerns, while Reds supporters paid £73 for the semi-final clash at Roma in 2018.

The same year saw Sevilla charge Man United fans £89 for seats that are usually priced at £54, while both United and Liverpool were forced to counteract Barcelona’s ridiculous price structure for ties last season.

Both clubs charged Barca fans similarly high fees for their home clashes, while using this money to subsidise their own supporters’ trips to the Nou Camp.

UEFA confirmed the news on Friday afternoon, with meetings in Monaco this week leading to an agreement to cap prices at €70 (£63.50) for Champions League games and €45 (£41) for the Europa League.

“Fans are the lifeblood of the game and those who follow their teams to away matches must have access to tickets at a reasonable price, bearing in mind the cost they have already had to incur for their trip,” UEFA president Aleksander Ceferin said.

“By capping ticket prices, we want to make sure that away fans can still travel to games and play their part in making the atmosphere inside football stadiums so special.”

According to the Telegraph, this remains higher than Bayern and representatives from the Premier League pushed for, but at least serves as a welcome compromise.

It is reported that clubs from southern Europe, including Spain, put up “resistance” to this new initiative, but the price cap will now be in place from the group stage this year.