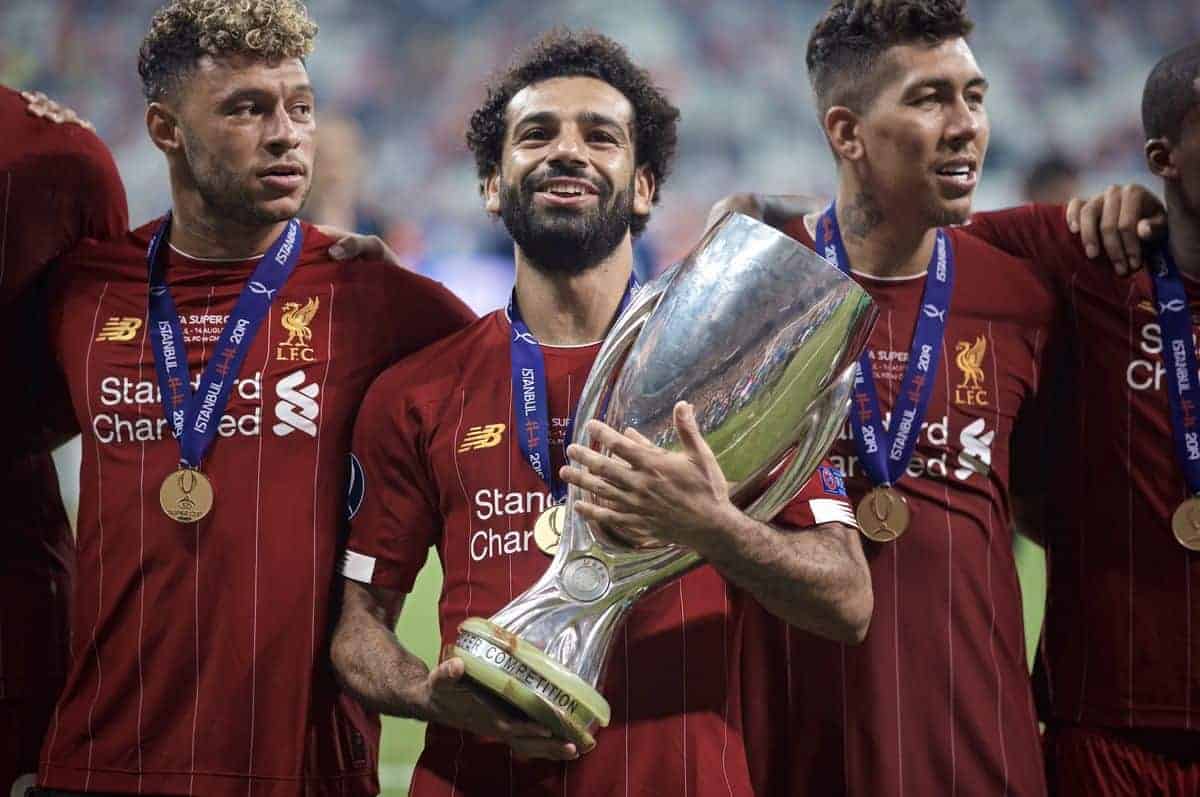 Liverpool won the UEFA Super Cup for the fourth time, beating Chelsea on penalties in Istanbul – something we’ve heard before!


* Video above from BT Sport; geographic restrictions may apply.

It was far from ideal for this match, in extremely humid conditions to go into extra-time and then to penalties, meaning it was long after midnight by the time the match ended, but Liverpool’s players will be buoyed by getting another piece of silverware under their belts.

Winning becomes a habit and to deliver a piece of silverware in the first month of the season continues where the Reds left off in Madrid in June – regardless of this being a one-off match.

Jurgen Klopp‘s side had Sadio Mane to thank, with the Senegalese scoring twice on his first start of the season, first to equalise then to put the Reds ahead in extra-time.

But it was left to Adrian, who only joined the club nine days ago as backup goalkeeper, to be the hero, saving Chelsea forward Tammy Abraham’s penalty with his feet to write himself into Liverpool’s history books.

Less than 72 hours after this, it’s Southampton away for Liverpool — a match that could have been particularly difficult had the trophy not been heading back to Merseyside with the squad.