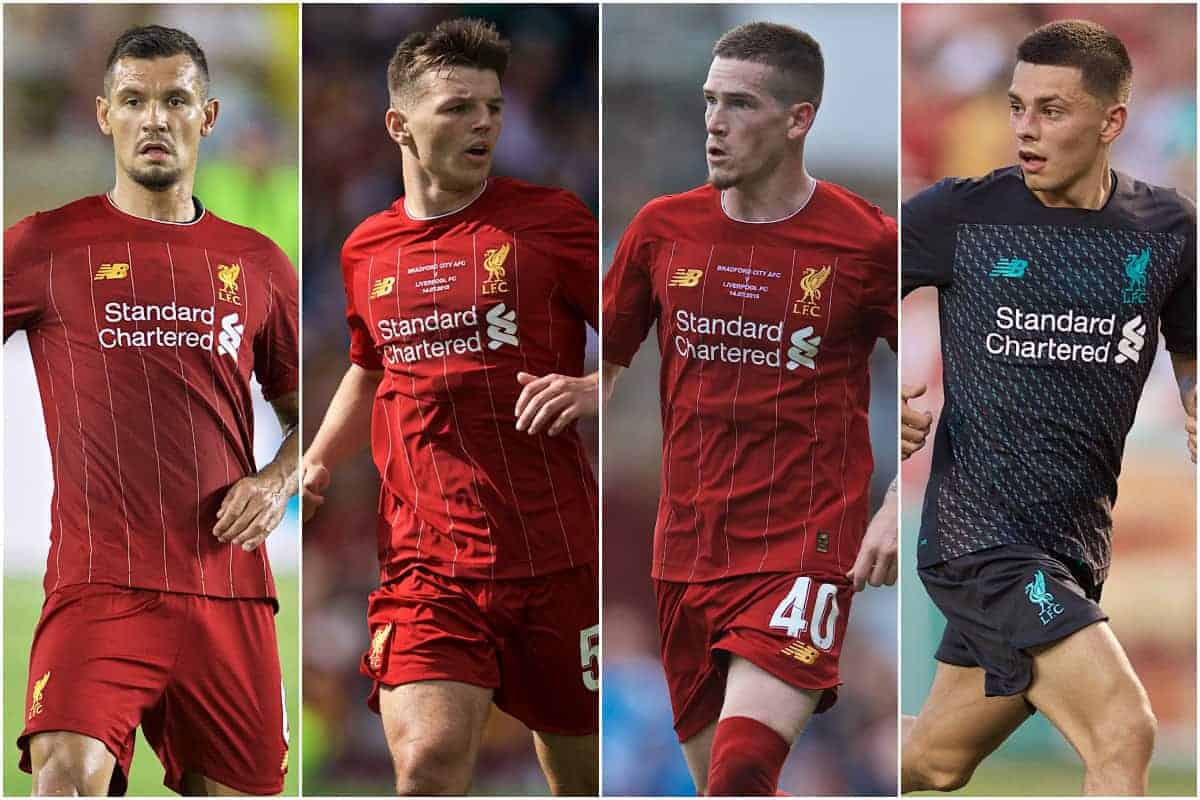 A host of Liverpool players could still be on the move in the next week, as clubs across Europe consider their final deals before next Monday’s transfer deadline.

Top leagues across the likes of Spain, Germany, Italy, France and Scotland cease business at midnight on September 2; almost a full month after the close of the English transfer window.

Furthermore, clubs in League One and League Two are still able to sign players before the same deadline, which could therefore see speculation mount over many of the Reds’ fringe figures and young talents.

The biggest name on the rumour mill is Dejan Lovren, whose proposed £15 million move to AS Roma broke down earlier in August after no formal offer arrived.

There have been further claims that the 30-year-old—who was again left out of the matchday squad for Saturday’s 3-1 win over Arsenal—could depart on loan, with Bayer Leverkusen touted as a possible destination.

As of yet, there is no indication Liverpool will allow Lovren to leave on a temporary basis, but a permanent exit still can’t be ruled out yet.

Suggestions Xherdan Shaqiri could leave—amid rumours of interest from Monaco and clubs in China—seem wide of the mark, with the overlooked No. 23 expected to feature after the September international break.

But if the right bid arrives for Ryan Kent, the 22-year-old is likely to end his 15-year association with the Reds.

Rangers were claimed to be preparing an ambitious loan-to-buy bid, though that has been refuted, but with Kent currently with the Liverpool under-23s—and not playing regularly—a move away still can’t be ruled out.

Meanwhile, Fiorentina are reported to have made a similar offer for Bobby Duncan, who has been the subject of interest from clubs in Germany, Sweden and Denmark in recent months.

The Reds are said to be unwilling to allow the striker to leave on loan, but the regularity with which he is linked with clubs abroad indicates it may be an option he is considering.

Whether Fiorentina’s approach will be rebuffed remains to be seen, but the Mail report that he has not travelled for the U23s’ clash with Southampton on Monday night.

One player who should be leaving on a permanent basis is Pedro Chirivella, whose status as U23s captain at 22 will do little to convince him his future lies on Merseyside.

A wasted six months on loan with Extremadura UD in the first half of the year deprived the Spaniard of vital game time, and while there have been no concrete links at this stage, a departure could be on the cards.

Similarly, Herbie Kane is another midfielder wasted in Premier League 2, and despite claims a loan to League One could be blocked due to Jurgen Klopp‘s plans to use the Bristolian in the League Cup, these seem highly unlikely.

Coventry, Portsmouth, Sunderland and Doncaster have all been credited with an interest, and if the right loan deal is presented, Kane should head out again.

Both Adam Lewis and Curtis Jones have been on the radar of clubs in League One, with the left-back tipped to make the trip to Tranmere Rovers for a season-long loan.

Jones’ future was up in the air prior to the 18-year-old signing a new five-year contract earlier this month, and it will be interesting to see whether this precedes a spell away from Liverpool to gain first-team experience.

Finally, Anderson Arroyo was expected to leave on another loan in his pursuit of a UK work permit, with Strasbourg and Nurnberg among those interested.

But a broken foot, sustained during pre-season, may harm his chances of heading out before September 2.