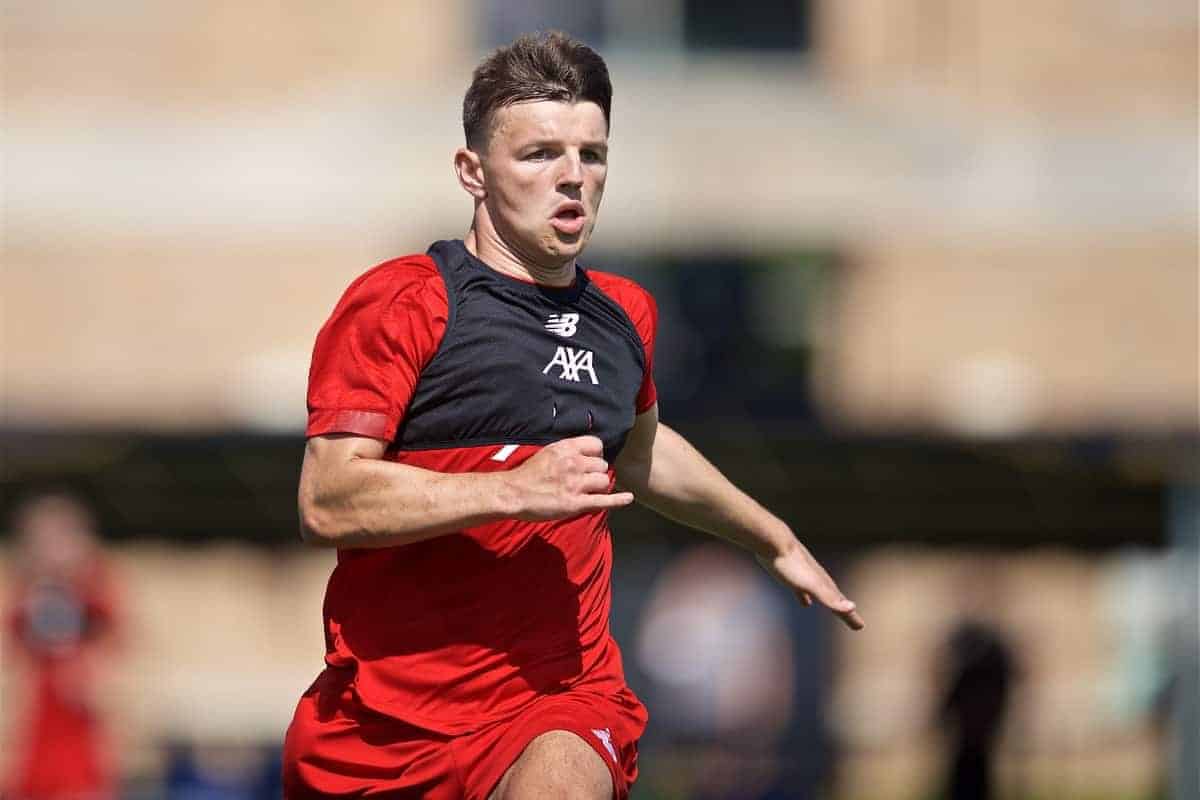 Bobby Duncan’s agent has described his £1.8 million move to Fiorentina as “what leaders do,” after a desperate attempt to force his client out of Liverpool paid off.

Saif Rubie accused the club of “mentally bullying” Duncan in a remarkable statement released last Wednesday, with references to the 18-year-old’s “small salary” clouding claims he was suffering with his mental health.

This came after Liverpool rejected loan bids from FC Nordsjaelland and Fiorentina for the striker, with Rubie particularly critical of sporting director Michael Edwards.

Ultimately, the club relented and allowed Duncan to leave on Monday, after a permanent offer worth £1.8 million arrived from Florence.

Duncan departs Merseyside with little credit, unfortunately, after forcing through his second move in two years—having joined the Reds from Man City in 2018.

Rubie is believed to have been absent from negotiations between Duncan, Liverpool and Fiorentina, with the youngster’s former agent, Rob Segal, conducting talks instead.

But that didn’t stop him taking to Instagram after the completing the move, labelling him and his client as among “the top one percent,” and claiming that “we are not followers”:

“To be in the top one percent you have to be prepared to do what 99 percent of the rest won’t do,” Rubie wrote.

“In my line of work I know nobody even comes near. Not everything in life is black and white and you have to be able to adapt and roll with the punches.

“Now Bobby Duncan has the opportunity to live and experience something not many young English players have done. That’s what leaders do. We are not followers.

“Thanks to all the people who have supported me in this difficult period means a lot.

“The joy of getting the job done makes all the struggle and doubt worthwhile.”

Rubie’s “difficult period” came when he was forced to delete his Twitter account after a series of homophobic, sexist and at best ignorant previous posts were unearthed by Liverpool supporters.

Interestingly, there is no reference to the difficult period alluded to in Rubie’s previous statement on Duncan, and if claims of the teenager struggling with his mental wellbeing were in fact unfounded, that is truly despicable.

In a post of his own, Duncan expressed that he is “really happy to sign for Fiorentina” and “even more excited to get started”:

Fiorentina are currently removed from the top one percent of Serie A, sitting 16th in the Italian top flight after losing their first two games of the campaign; they also finished 16th in 2018/19.

Duncan is yet to play a single minute of senior competitive football, and the terms of Fiorentina’s initial loan-to-buy offer were deemed unrealistic by Liverpool, according to Rubie.