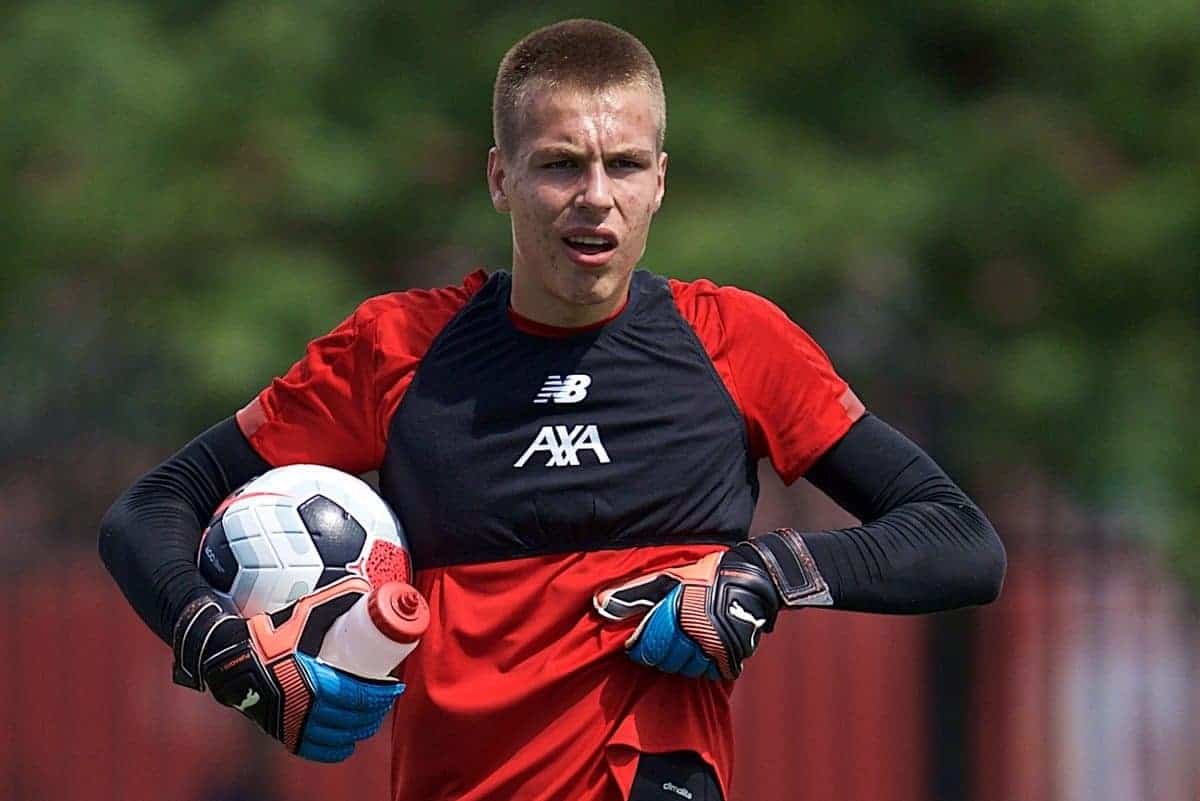 Jakub Ojrzynski made his debut for the Liverpool under-18s on Saturday, but endured a difficult 90 minutes as Man City came back to win 5-2 win.

The young Reds headed to Manchester for a early top-of-the-table clash in the U18 Premier League, beginning the weekend two points behind league leaders City in second.

With Ojrzynski receiving international clearance at the end of August, Barry Lewtas gave the 16-year-old his debut between the sticks as one of two changes to the side that won 4-3 at home to Man United last time out.

Jack Walls returned from injury to take up his place at right-back, while Leighton Clarkson was retained at the base of the midfield after receiving glowing praise from Pepijn Lijnders for his performances in first-team training.

Another who may receive senior recognition in the near future got Liverpool off the mark after a bright start, with Jake Cain the scorer from outside the area.

City struck back soon after, with James Mcatee capitalising on a defensive error to level, only for Niall Brookwell to restore the young Reds’ lead, nodding in after Billy Koumetio flicked on a corner.

The pendulum swung after the break as the game played out at a swift pace, and City had equalised again within five minutes, as Liam Delap—son of ex-Stoke throw-in specialist Rory—beat Ojrzynski from close range.

Delap had tallied his brace within 12 more minutes, picking up a long pass and producing an impressive finish to make it 3-2.

And another famous offspring, D’Margio Wright-Phillips—whose father Shaun came through the ranks at City—doubled the hosts’ lead with a long-range strike.

Delap then turned provider as City established an unassailable lead, with the striker laying it on for Jamie Bynoe-Gittens to make it 5-2 after rounding Ojrzynski.

It proved a difficult debut for the Pole, along with second-half substitute Conor Bradley, and for Liverpool it was a frustrating afternoon as their rivals pushed further ahead in pole position.