The Reds saw off MK Dons 2-0 in their third-round clash on Wednesday night as Klopp made wholesale changes, including handing out three senior Liverpool debuts.

Hoever scored the second goal on his first start for the European champions, who had taken the lead in the first half as Dons goalkeeper Stuart Moore fumbled James Milner’s effort over the line.

With 16-year-old Harvey Elliott becoming the youngest player to start for Liverpool in the club’s history, Caoimhin Kelleher playing in goal and the likes of Rhian Brewster and Curtis Jones getting a chance to impress, Hoever feels the competition is an ideal proving ground. 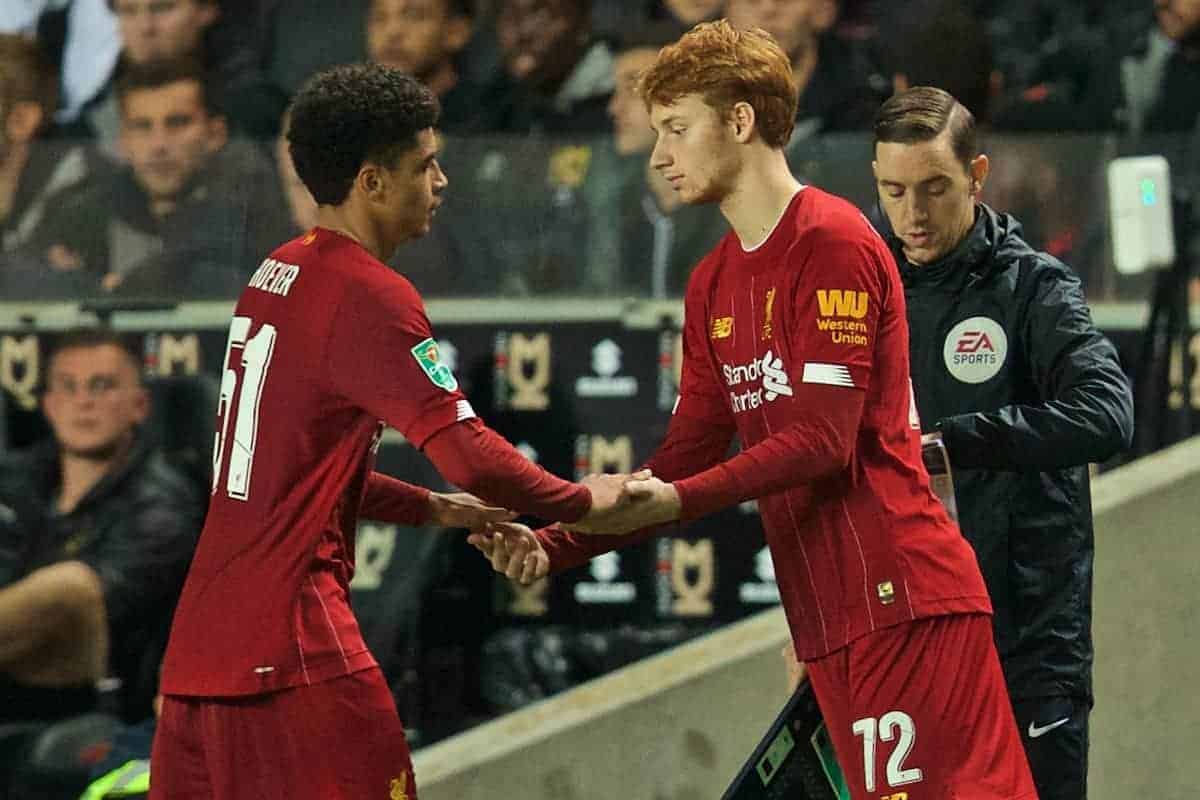 “I think that’s the perfect way to start learning how to play for Liverpool, how they want to play, with some experience in the team,” the Dutch youth international told the club’s official website.

“I think it’s nice to have a few youngsters. You need to play your game. You are here because you can play good football so you need to show everyone and not try to hide, just show your talent and we all tried to do that.

WHAT A WAY to get your first Reds' goal ??? pic.twitter.com/kjBgE6o1oz

Hoever, 17, moved to Liverpool from Ajax last year and is hoping to be involved in the fourth round of the Carabao Cup as Klopp’s side welcome Premier League rivals Arsenal to Anfield.

“You hope the manager starts you in the next game again and gives you minutes,” he added.

“That’s what you are hoping for – the next game.”