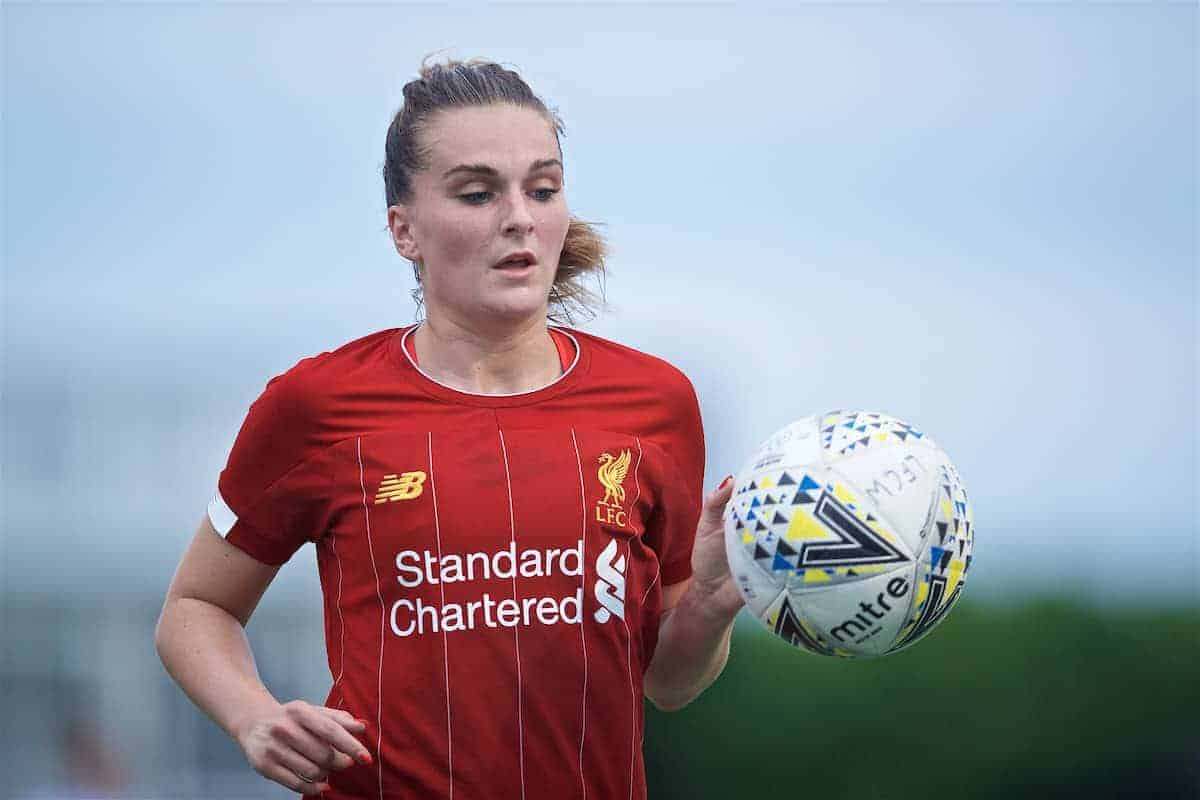 Liverpool FC Women failed to assert their second-half dominance on the scoreboard to fall to a 1-0 opening day Women’s Super League defeat to Reading.

The Reds, however, were handed no time to bask in the Merseyside sunshine as Anker Preuss was immediately forced into making a superb save after ex-Red Fara Williams unleashed a thunderous strike merely seconds after the game got underway.

The early scare saw Liverpool Women look to dominate possession and transition quickly from defence to attack, but it was Reading who looked the most threatening having easily sliced through the Reds’ defence on multiple occasions.

Sophie Bradley-Auckland, Leighanne Robe and Jane were all forced to make goal-saving blocks in the area in quick succession before the breakthrough finally arrived for the visitors.

Having given away a needless free-kick the Reds paid the ultimate price as Reading’s Williams found the top corner with a stunning effort from 25-yards out on the cusp of half-time.

It was a term of few opportunities for the Reds whose only clear sight on goal came through Lawley, who impressed throughout in the middle of the park, having met Jessica Clarke’s cross only for her headed effort to be directed straight at the ‘keeper.

After the break, the Reds emerged with renewed intent and in a reverse to the opening 45, it was Liverpool who bore down on goal first through last season’s top goal scorer Courtney Sweetman-Kirk.

The striker had found herself in-behind Reading’s defensive line with a clear route to goal, only for a poor touch to allow the Reading stopper to comfortably collect.

Jepson’s side sustained the pressure in search of an equaliser for much of the second half but they asked little of the ‘keeper as they struggled with their end product in the final third.

Niamh Charles proved a constant threat on the left-flank having whipped a number of dangerous low balls across the middle of the box, but no Liverpool player was there to take advantage, while Rinsola Babajide made a notable impression in attack coming off the bench.

As the minutes ticked by Preuss ensured the Reds remained in the hunt to take something from the game with another brilliant reaction save from a volleyed attempt by Jade Moore.

But despite their energy and dominance in the second term, Liverpool Women lacked the clinical edge to reflect their promising display on the scoreboard and will now look ahead to their meeting with Tottenham Hotspur Women to collect their first points of the season.