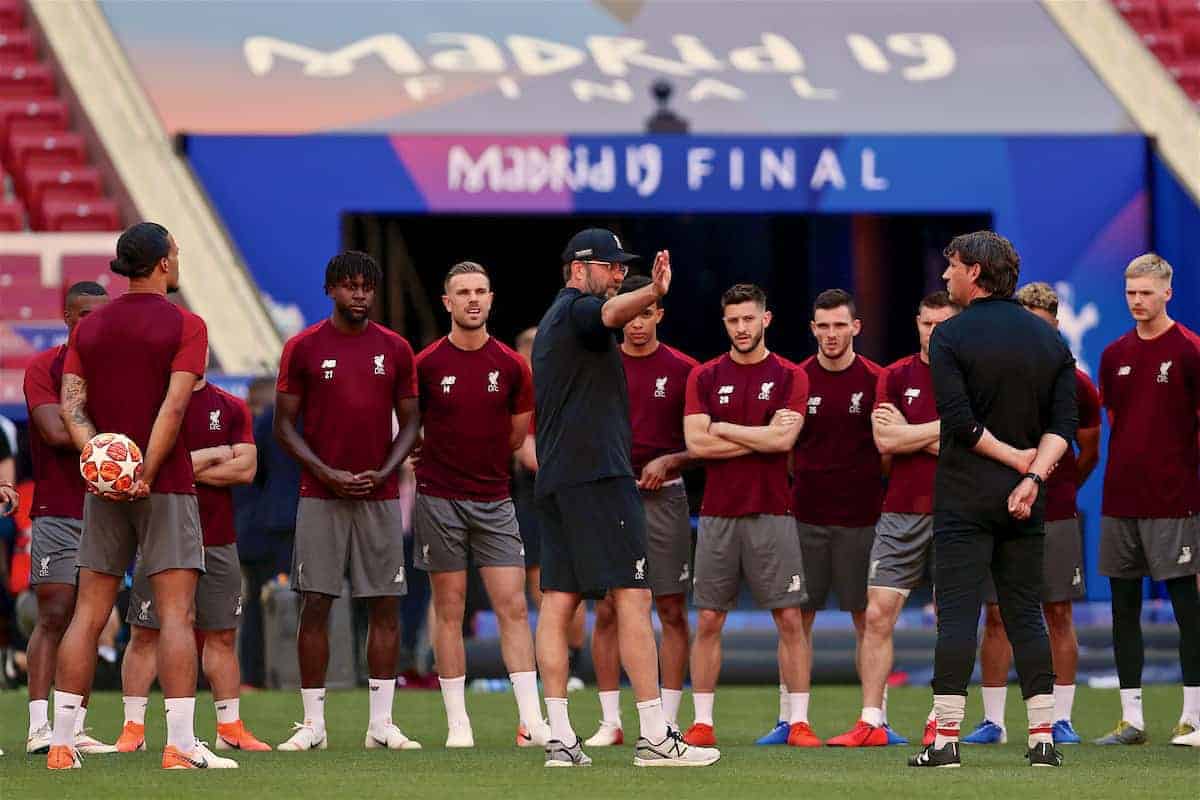 Liverpool have submitted their ‘A’ and ‘B’ lists for the Champions League group stage, with academy midfielder Herbie Kane included after a failed loan move.

The Reds will begin their defence of the European Cup away to Napoli on September 17, having drawn the Serie A side in Group E, along with Red Bull Salzburg and Genk.

Jurgen Klopp‘s side have reached back-to-back finals in the Champions League, and having lifted the trophy in June will be considered among the favourites to do so for a third time.

The club were required to submit their squad for the squad stage this week, and Klopp has named 22 players on List A, along with seven more on List B.

There are few surprises, though the absence of Ki-Jana Hoever on either list was unexpected, while Kane’s inclusion is interesting, amid claims the 20-year-old could be in line for a first-team role.

Kane spent last season on loan with Doncaster Rovers, but was not among the senior squad for pre-season and was tipped to leave for another temporary spell this summer.

The Bristolian is joined by Caoimhin Kelleher, Adam Lewis, Yasser Larouci, Curtis Jones and Rhian Brewster on List B, along with Trent Alexander-Arnold, who still qualifies as he was born after January 1, 1998.

Alisson and Naby Keita are both on List A, which confirms that they are expected to feature at some point during the group stage.

Klopp’s hesitance in discussing Alisson‘s calf injury had prompted fears the No. 1 could be set for a longer layoff than originally reported, but he appears in line for a return later this year.

Liverpool’s first home game of the group stage is on October 2, with Salzburg making the trip to Anfield.