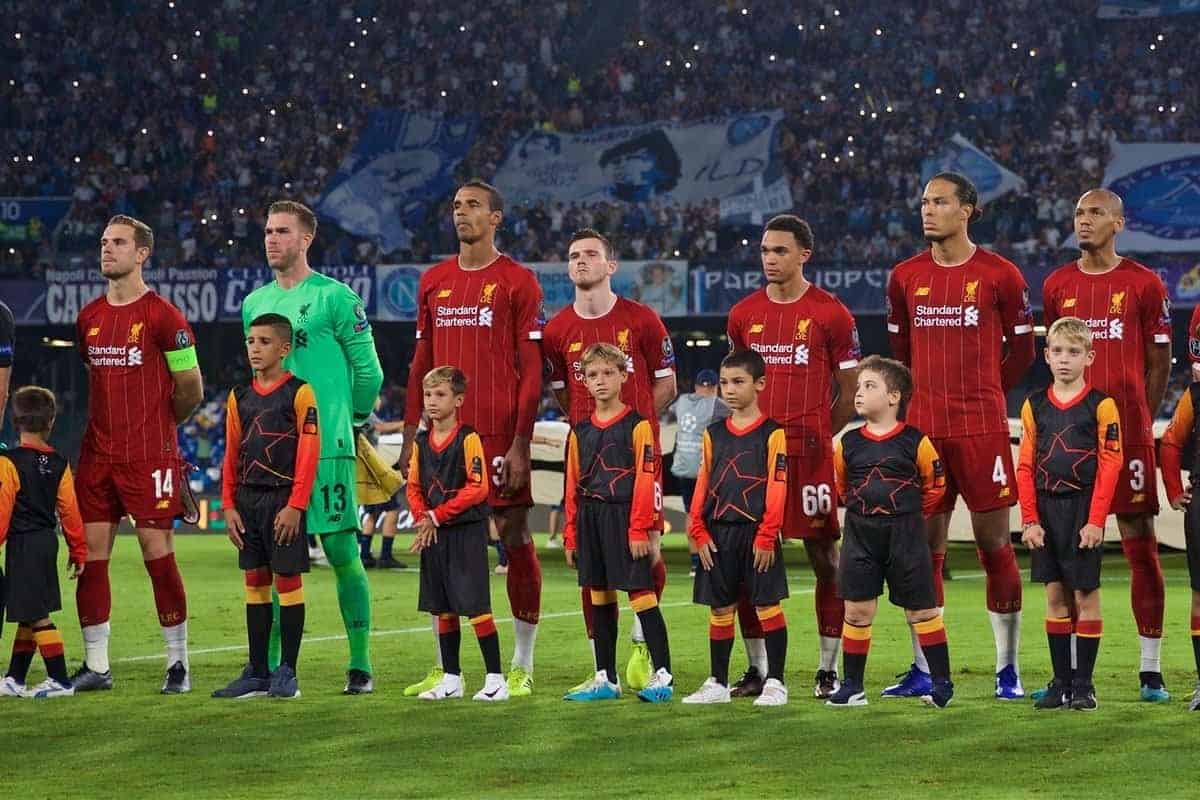 Liverpool were at the mercy of a “harsh” call to award Napoli a penalty, in a 2-0 defeat to kick off the Champions League which dealt the squad a lesson to learn.

The Reds played out a back-and-forth clash with their Group E opponents on Tuesday night, with the deadlock broken after referee Felix Byrch pointed to the spot on 82 minutes.

Byrch was aided by VAR, with the assistant referee overlooking a clear dive from Napoli winger Jose Callejon as the official’s original decision was not deemed a ‘clear and obvious error’, which highlighted the flaws in the setup.

Regardless, Dries Mertens converted and, in stoppage time, his goal was added to by Fernando Llorente, who finished after an error from Virgil van Dijk and the slow reactions of Adrian and Andy Robertson.

Van Dijk spoke to LFCTV after the game, and described the penalty as “harsh” and conceded that Liverpool were unable to “bounce back”:

“I think [the game was decided by the penalty]. It felt like it was going to be a draw.

“There were some moments on the break from us that we could have maybe done a little bit better [with], but the penalty changed it and we come home with no points.

“About the penalty, I can say I found it a little bit harsh, but the ref made the decision so we have to accept it.

“You have to try to bounce back but, as I said, I think the penalty changed it all, especially that late in the game as well.

“Then obviously in injury time the 2-0 was the killer.”

This was Liverpool’s first game back in the Champions League after their triumph in the final in June, and Van Dijk believes the added motivation for sides to beat them is “something we have to deal with”:

“I think everyone wants to beat us, no matter what competition.

“That’s something we have to deal with, but that’s not going to be a problem at all. We have to enjoy that as well.

“But the only thing we can do is try to win all the other games and obviously for now focus on Chelsea.”

This is a sentiment shared by Jordan Henderson, who told BT Sport after the game that “we’ll take responsibility, we’ll move forward and try to react in the right way.”

Van Dijk and Henderson were joined by fellow leaders James Milner and Gini Wijnaldum in reflecting on the result on social media, with the aim clear after such a setback:

?Difficult night last night and disappointing result but we must put it behind us and now it’s about how we react. It’s time to stand up, be positive and focus on putting in a big performance against Chelsea. Thanks to all of the travelling reds who came out to support us #LFC ??

Not the result we wanted last night but we learn and move forward. Thanks to all the travelling support ?? #YNWA

Not the start we had in mind. There’s still time to recover, but we need to be much better next time. We must refocus quickly. On to the next match! #NAPLIV

Wijnaldum is right to acknowledge Liverpool’s need to “refocus quickly,” with a trip to Chelsea coming in the Premier League on Sunday afternoon.

The Blues also suffered defeat in their Champions League opener on Tuesday night, with Ross Barkley missing a penalty late on to allow Valencia to a 1-0 victory at Stamford Bridge.