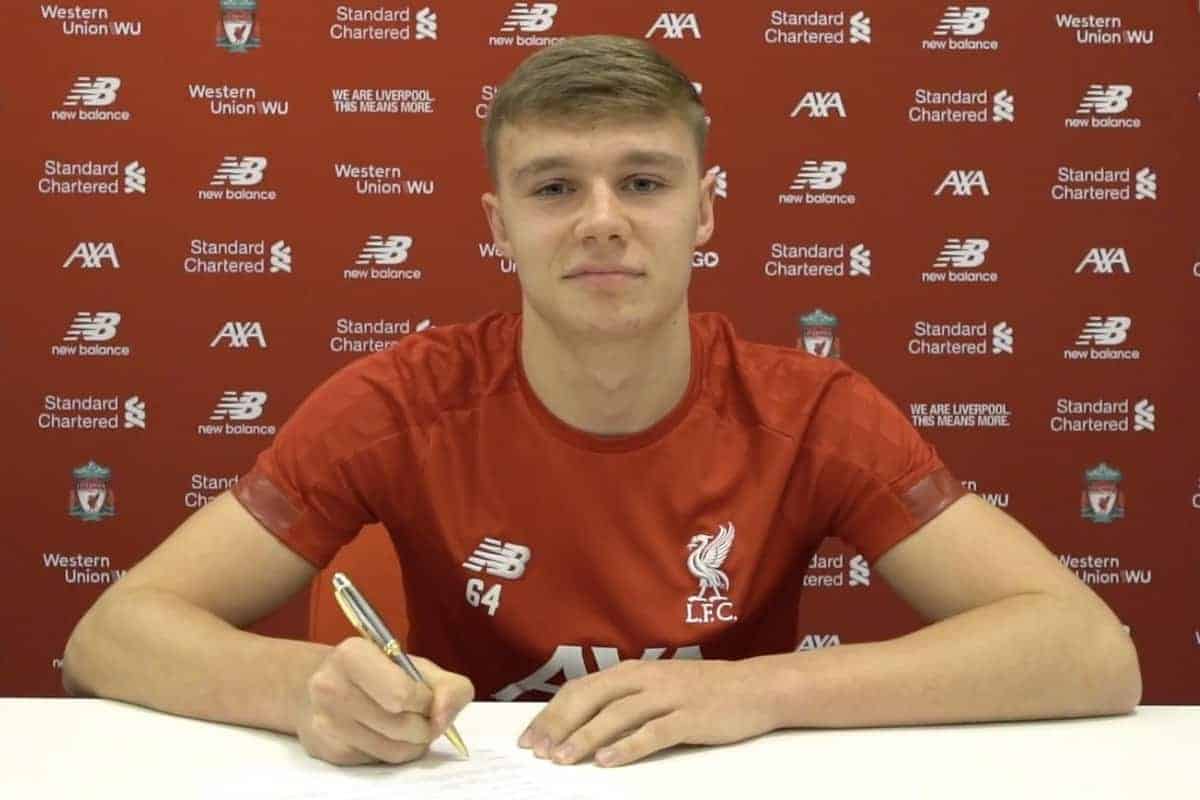 Liverpool striker Paul Glatzel has signed a new long-term contract with the club, as Jurgen Klopp plans to call upon the young striker when he returns from injury.

Glatzel was among the academy talents who began pre-season with the first-team squad, but his spell with the seniors was cut short as he ruptured his ACL in the opening friendly.

Lasting just 33 minutes of that 6-0 win over Tranmere, the 18-year-old’s dream start to the summer was curtailed, but Klopp insisted he would be “one of his boys” when he returned.

The club have reinforced this with a signal of their faith, handing Glatzel a new long-term contract just seven months after he signed his first professional deal.

Glatzel is undergoing his rehabilitation at Melwood, as Rhian Brewster did during his lengthy layoff before joining the first team on a permanent basis, in a clear sign that Klopp is backing up his words.

And while he is expecting to miss the next eight months, and therefore likely miss the entirety of the campaign, he can be hopeful of a bright future at Liverpool.

“When I got injured [Klopp] spoke to me a lot and he gave me a phone call just to see how I was,” Glatzel told the club’s official website.

“He’s a massive character and he just shows it. What he’s achieved at the club so far is magnificent, so it’s just good to be around him and he’s there for you as well.

“If you need to speak to him, he’ll come over and speak to you.”

He added that his “dream is to play for Liverpool and to be getting opportunities and playing in the first team,” but crucially that he’s “not quite there yet and [has] got a long way to go.”

This new deal should lead to an upward trajectory for Glatzel that is eased by the departure of his strike partner from last season, Bobby Duncan.

He left Liverpool to join Fiorentina this month under a cloud, but the reality was that, despite Duncan outscoring him, Glatzel was the more impressive performer for the under-18s last term—and Klopp seemingly agrees.