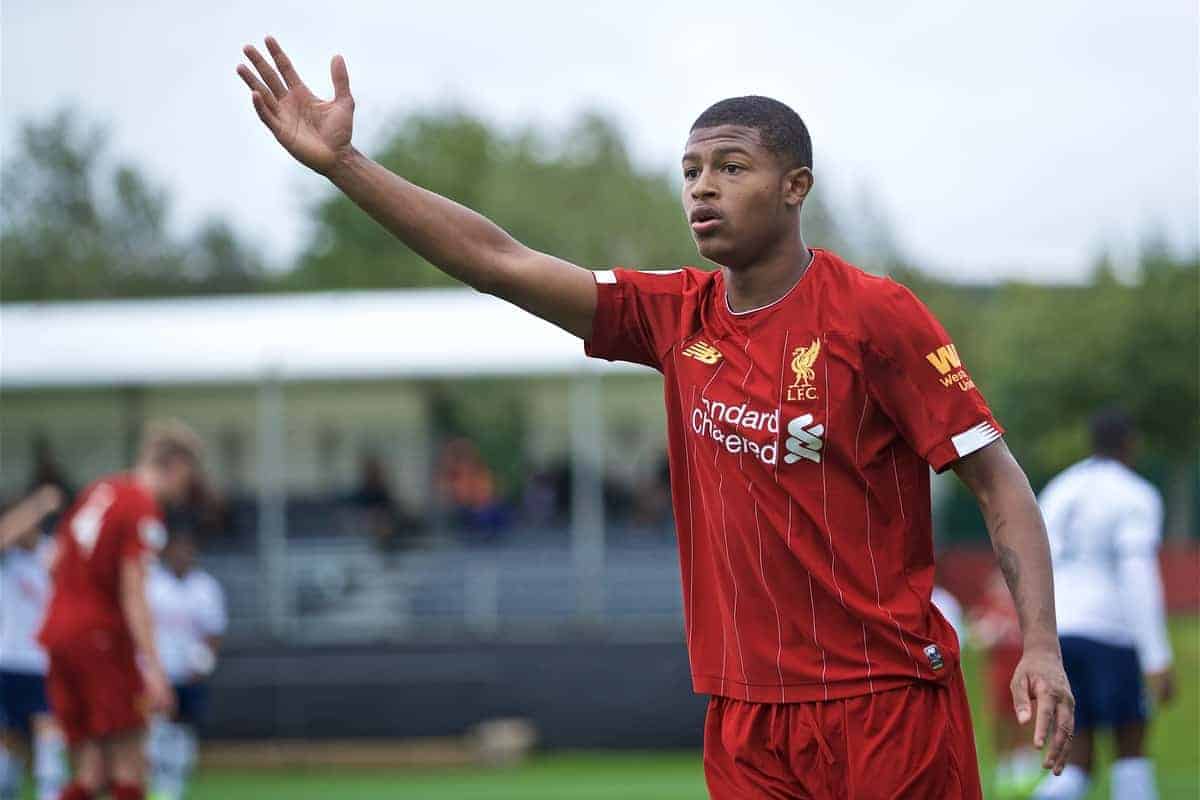 Rhian Brewster was taken off early into the Liverpool under-23s’ 3-3 draw at home to Derby on Saturday, ahead of a possible first-team role for the striker.

Neil Critchley fielded a strong side at Kirkby as the young Reds sought an improved return from the international break, with Brewster leading the line alongside Harvey Elliott and Curtis Jones.

They faced off against a Derby outfit including ex-Liverpool defender Andre Wisdom, now 26, ensuring a difficult afternoon for his prodigious but youthful forward line.

He was forced into an early change, too, on what could well have been instruction from the first-team staff, with Brewster taken off after just 20 minutes following Divock Origi‘s ankle injury at Anfield.

The young Reds were already 1-0 up by that stage, with Elijah Dixon-Bonner netting on the counter after a brilliant save at the other end from Ben Winterbottom.

Winterbottom then saved a penalty from Morgan Whittaker, but unfortunately Derby were level four minutes later, with Max Bird making it 1-1 heading into half-time with a tap-in laid on by Louie Sibley.

Liverpool looked to have been dealt an early blow in the second half as Sepp van den Berg struggled with an injury, but the Dutchman was able to continue after treatment on the touchline.

Winterbottom was called into again as the young Reds were exposed by another counter-attack, with the 18-year-old making a case to become the U23s’ regular starting goalkeeper after Jakub Ojrzynski’s under-18s debut earlier in the day.

Whittaker finally beat the ex-Blackburn stopper just before the hour, however, with the striker firing into the back of the net from 18 yards to give Derby the lead.

It didn’t last long, though, with fine work from Elliott leading to a scramble in the penalty area, with the ball eventually diverted beyond Henrich Ravas via Rams midfielder Jordan Brown.

Herbie Kane then hit the post for Liverpool, before Jones made it 3-2 with his second of the season after Elliott’s initial effort was saved by Ravas.

But, as has been the story of the campaign so far, Derby were awarded another penalty late on at Kirkby, and with Winterbottom unable to replicate his first-half heroics, Jamal Hector-Ingram netted a demoralising equaliser.