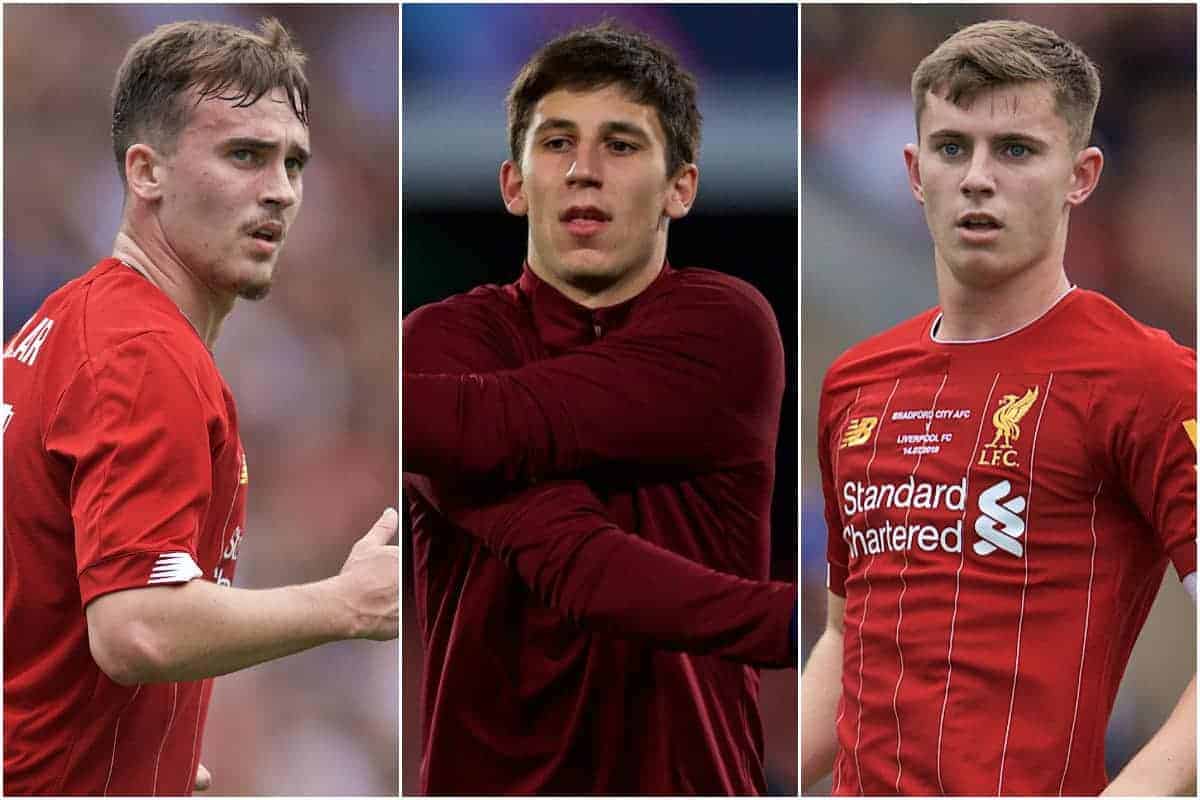 Liverpool striker Liam Millar enjoyed a dream weekend for loan club and country, while Kamil Grabara and Ben Woodburn were among the others to impress.

The Reds kept up their perfect start to the campaign with a 3-0 win at Burnley, heading into the international break at the top of the Premier League after four wins.

Elsewhere over the weekend, nine of the club’s loanees were in action as only Taiwo Awoniyi missed out, with the Nigerian an unused substitute as Mainz went down to a 6-1 loss at Bayern Munich.

Nat Phillips is yet to feature, but is expected to start as VfB Stuttgart host VfL Bochum in 2.Bundesliga on Monday night.

Here’s how Liverpool’s loanees fared over the weekend.

Millar is in his second temporary spell with Killie, and after largely operating as a substitute in the second half of last season, is carving out a role as a regular starter under Angelo Alessio.

The 19-year-old made his third consecutive start in the Scottish Premiership on Saturday, and played a key part in Kilmarnock’s first league win of the season.

In a tough clash at St Johnstone, it was Millar’s brilliant, lung-bursting run on the left which set up the winner, driving down the length of the pitch before teeing up Stephen O’Donnell, who scored in fortunate circumstances.

Then after being initially left out of the Canada squad for their CONCACAF Nations League clashes with Cuba on September 8 and 11, he was drafted in on Sunday.

The youngster replaces Lucas Cavallini, and can hope to make an impact after being handed a big chance.

It was another day, another defeat for Grabara and Huddersfield on Saturday, losing 2-1 at Luton Town to stay in the relegation zone after six games back in the Championship.

But the Pole was praised for his efforts in a game that saw ex-Liverpool defender Lloyd Jones brought off the bench for the hosts, with the Huddersfield Examiner highlighting his performance as a rare positive.

“[Grabara’s] excellent work helped Town repel the pressure,” wrote Mel Booth. “[He] made a string of fine saves [but had] no chance with the Luton goals.”

Elsewhere, after scoring a penalty in the shootout as Oxford United beat Millwall in the League Cup on Tuesday night, Woodburn started in the No. 10 role in a 4-2-3-1 as the U’s played out a wild 3-3 draw with Coventry on Saturday.

The 19-year-old played 64 minutes and smacked the post with a brilliant volley, but the game was decided after his exit, with Elliott Moore levelling in the 94th minute.

An Old Firm debut to forget for Ojo…

Sheyi Ojo started and helped Rangers to the Europa League with a 1-0 win over Legia Warsaw in midweek, but concerns over his fitness saw him demoted to the bench for Sunday’s Old Firm derby.

But with his side 1-0 down at the break, Steven Gerrard turned to his in-form winger in an attempt to turn the tide, with Ojo replacing Glen Kamara.

Unfortunately, Jonny Hayes scored late on to add to Odsonne Edouard’s opener, and Rangers ended the game with 10 men as Jordan Jones was sent off deep into stoppage time.

It was a disappointing first taste of the Old Firm derby for Ojo, who will be desperate for an improvement in the return fixture in December.

A mixed bag for the rest…

Elsewhere, Rhys Williams followed up 90 minutes in Kidderminster Harriers’ 5-3 win at Kettering Town on Monday night with another start on Saturday, but his side lost 1-0 at home to Alfreton Town.

The 18-year-old has been an ever-present for the Harriers so far in his first season as a senior professional, playing the full 90 in eight games and scoring once.

In the Premier League, having played an hour in a tough League Cup third-round win over Forest Green Rovers in midweek, Harry Wilson started for Bournemouth against Leicester on Saturday.

But while he had some bright moments on the right wing, Wilson was subbed off on 64 minutes as the Cherries fell to a 3-1 defeat, with Jamie Vardy in fine form.

Marko Grujic played 90 minutes as Hertha Berlin followed up a 3-0 loss to Wolfsburg last weekend with a 3-0 loss to Schalke on Saturday, with Everton loanee Jonjoe Kenny scoring a rocket in the 85th minute.

Ovie Ejaria was absent as Reading came back to win 4-2 at Plymouth Argyle in the League Cup in midweek, but played the full 90 minutes in a 2-0 defeat at home to Charlton on Saturday.

“[Ejaria] tracked back well when needed but cut a frustrated figure for large parts as he lacked options in the final third,” wrote BerkshireLive‘s Jonathan Low.

Allan Rodrigues played 90 minutes in Fluminense’s Copa Sudamericana quarter-final second leg at home to Corinthians on Friday, but in drawing 1-1 the Rio de Janeiro side were knocked out on away goals.

And finally, Loris Karius made his second start of the season as Besiktas were held to a 1-1 draw at home to Rizespor.